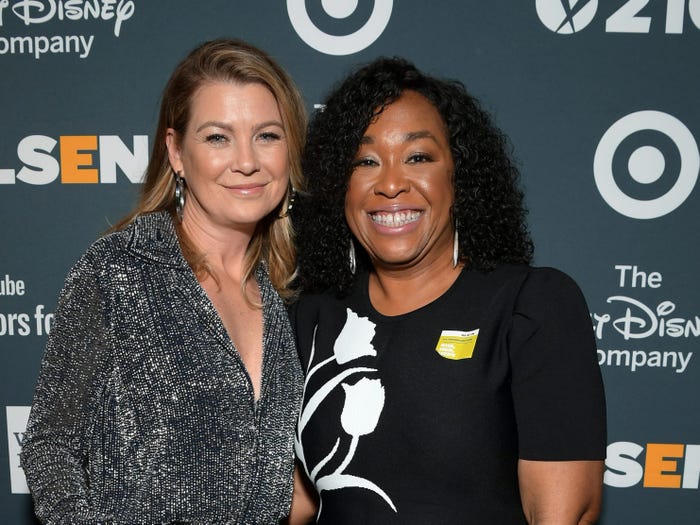 For as long as Twitter's been around, every Thursday night, the timeline is flooded with tweets cursing Shonda Rhimes' name, usually for something devastating that's happened on "Grey's Anatomy."

Even though she hasn't been the showrunner of "Grey's" for a few years, she will forever be linked to the hugely successful, 17-season-long (and counting!) medical drama.

But Rhimes has done plenty of other things in her career, including writing two films and a memoir.

Keep scrolling for 13 facts you may not know about Rhimes.

Shonda Rhimes grew up in the Chicago area and remains very dedicated to the city's pizza. 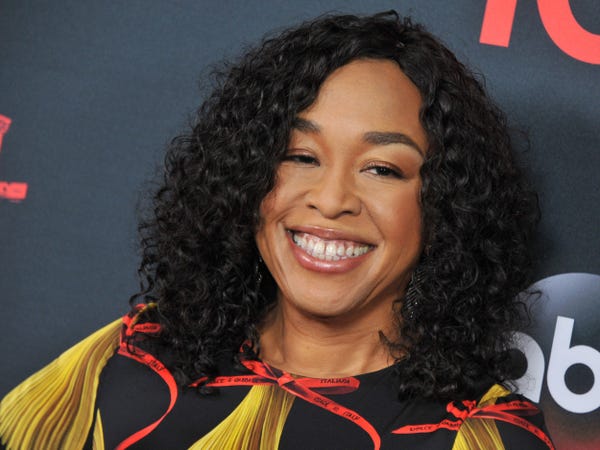 Rhimes, who now lives in Los Angeles, is so dedicated to her home city that she gets Chicago deep-dish pizza flown in every Christmas Eve, she told Food & Wine in 2017. Her favorite comes from Illinois restaurant chain Aurelio's, she told the publication. 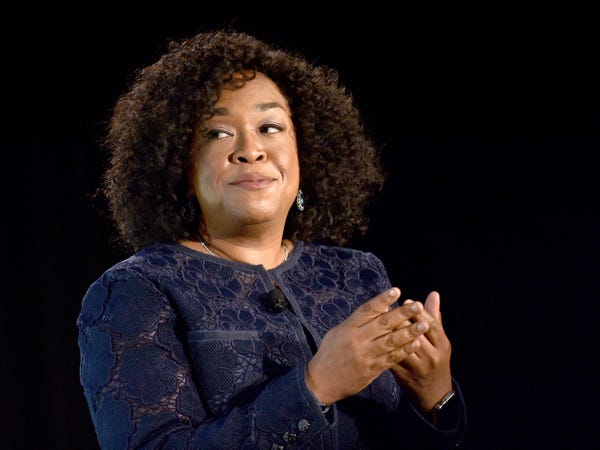 While growing up in University Park, she shared a room with one of her sisters, Sandie, she wrote in her book, "Year of Yes." Both of her parents were educators. 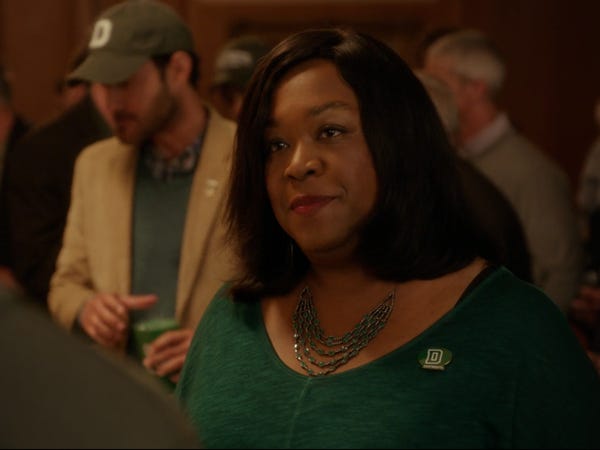 Much like her own creation Meredith Grey, Rhimes graduated from Dartmouth College. She even cameoed as herself in fellow Dartmouth grad Mindy Kaling's show "The Mindy Project," when she attended a Dartmouth alumni beer pong game.

After Dartmouth, she earned her MFA from the USC School of Cinema-Television in 1994. 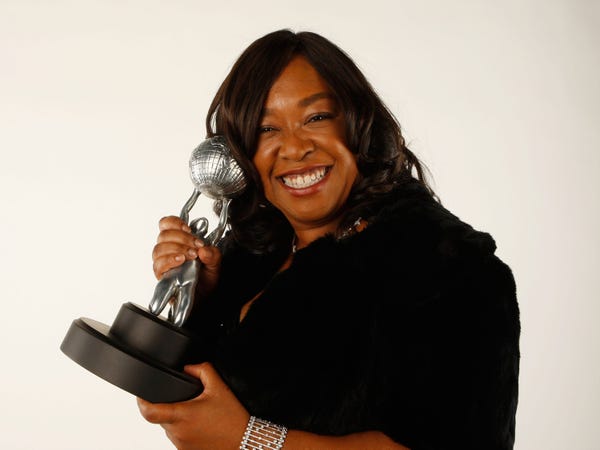 Although Rhimes wasn't nominated for the screenplay, the film was overall well-received and earned multiple Emmy nominations, including for Outstanding Television Movie, and a win for Berry.

The first feature film she ever wrote was 2001's "Crossroads," starring Britney Spears. 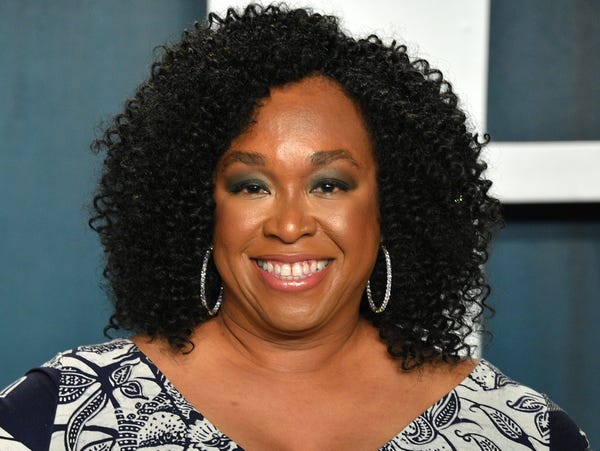 Speaking to Broadly in 2016, Rhimes said of Spears, "She was very cheerful, very fun. I think it was so different from being on the road and doing concerts — being able to stay in one place and be with the same group of people all the time."

Her next film was 2004's "The Princess Diaries 2: Royal Engagement." 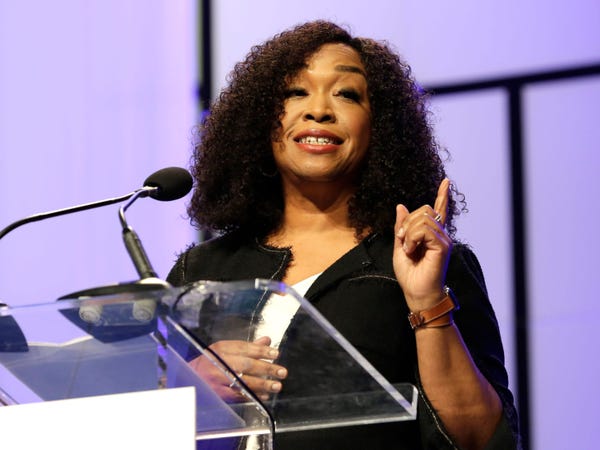 Although "Princess Diaries 2" wasn't exactly well-received by critics — it has a 26% on Rotten Tomatoes — Rhimes clearly bonded with Queen Clarisse herself, Julie Andrews. The two are working together again on Rhimes' newest Netflix show, "Bridgerton." Andrews is narrating the show as a sort of posh British Gossip Girl.

She has three daughters. 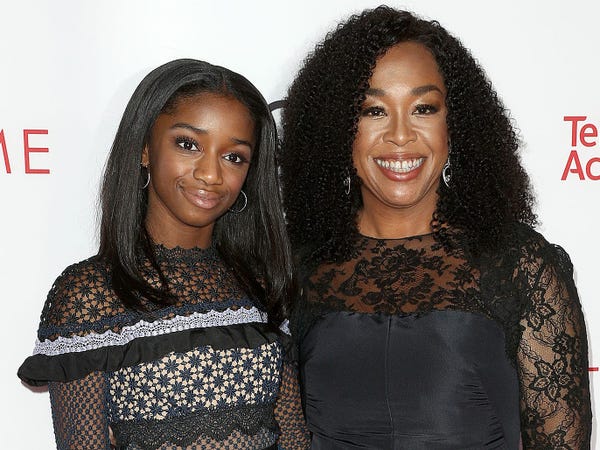 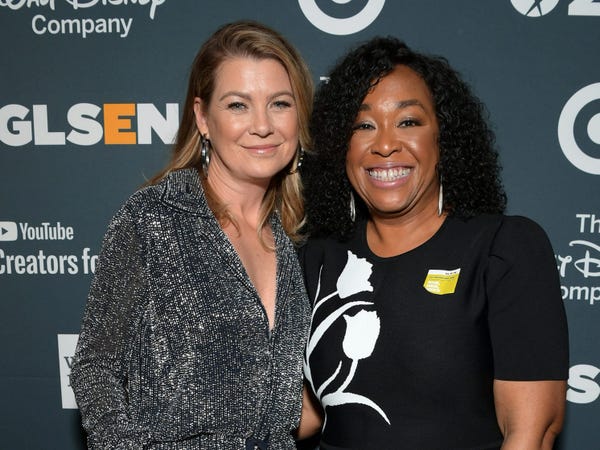 She continued, "I'm incredibly proud of the show and I still every day pinch myself that we even got on the air, [that] people watch and people care as much as they do … Everything about this show has been a miracle to me. I love it."

But even though she's still most associated with "Grey's," she hasn't written an episode since 2015. 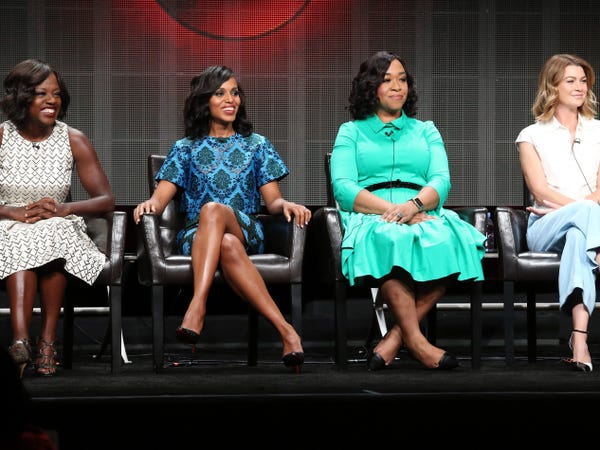 Rhimes stepped back from "Grey's" to develop multiple other TV shows, including "Scandal," "How to Get Away With Murder," "Scandal," and her shows at Netflix. Her last writing credit (thus far) is the 2015 episode "How to Save a Life," — as any "Grey's" fan could tell you, that's Patrick Dempsey's last episode of the show.

She committed to saying "yes" to everything that scared her for an entire year, and she wrote a book about the experience. 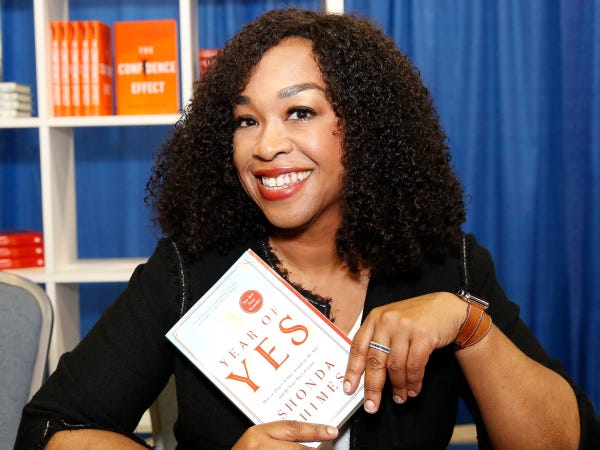 She decided to write the book after her sister made an offhand comment about how she "never said 'yes' to anything" —  so Rhimes decided to start.

During her so-called "Year of Yes," she lost over 100 pounds. 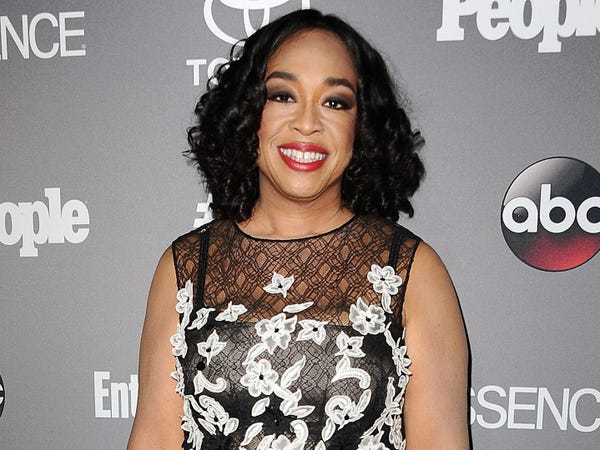 In the book, Rhimes explained that a lot of her fears and anxieties about saying yes to things stemmed from insecurity about her weight, and so she lost 120 pounds.

"I did not do it because I thought I would become beautiful like in the movies," Rhimes explained in her newsletter. "I did it because I could not walk up a short flight up stairs without stopping to take a break and wiping sweat from my brow. I did it because my body was physically rebelling against the brain that had been ignoring it for so long."

Rhimes is worth an estimated $135 million. 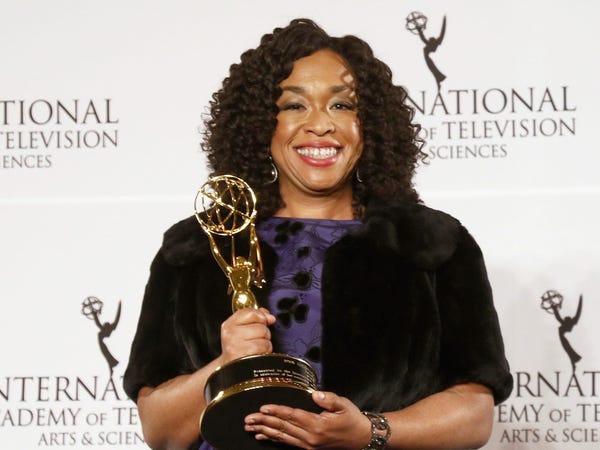 Rhimes signed an estimated $150 million deal with Netflix and ditched her old deal with ABC back in 2017. Her wealth mainly comes from her production company, Shondaland, which produces all of her ABC content, and will produce all of her upcoming Netflix content.

Besides "Bridgerton," Rhimes' next series is "Inventing Anna," which is based on scammer Anna Delvey. 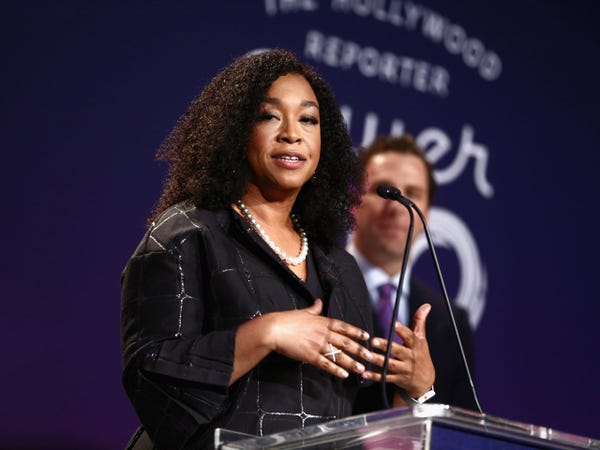