Home » Abby Roberts has become one of the biggest beauty creators on TikTok, carefully honing a US-focused brand. But Roberts is actually British, and she's moving to Los Angeles to expand her empire.

Abby Roberts has become one of the biggest beauty creators on TikTok, carefully honing a US-focused brand. But Roberts is actually British, and she's moving to Los Angeles to expand her empire.

She jumps into the trends of 1995, transitioning from baggy acid-wash jeans and heavy eyeliner for a “grunge” look into bouncy curls and a matching checked skirt suit in the style of Cher from “Clueless” as a “preppy” high schooler.

Roberts, 19, is one of TikTok’s biggest beauty stars, with 16 million followers on the platform. Her content often leans into American popular-culture trends — other recent hits on Roberts’ TikTok account show her transforming into characters from “Twilight” and “WandaVision.” The picture-day video has amassed more than 20 million views and 4 million likes.

playing dress up is the most fun ever ib @[email protected]

But what her legions of followers might not know is that Roberts is actually British.

Roberts, who has cultivated her success from her childhood bedroom in Leeds, a city in the north of England, often films herself lip-syncing to trendy music, meaning her northern accent has largely gone under the radar.

“I get a lot of US-based brands wanting to work with me, so I kind of try and market myself more to US audiences,” she said. “I’m so involved with the US scene online, so it just makes sense for me to pretend I’m American.”

In the past year she has worked on campaigns with the likes of Anastasia Beverly Hills, L’Oréal, and Morphe. Roberts is also appearing as a guest judge in the third season of Netflix’s beauty competition series “Glow Up.”

Roberts already has celebrity cachet. She has recently collaborated on TikTok with former One Direction star Liam Payne and UK singer Yungblud.

She said Payne’s management, for example, was keen on partnering with Roberts to help grow his profile on the app. Roberts told Insider that his team was looking for someone to “teach him how to do” TikTok. Insider has contacted Payne’s representative for comment.

we do our lil dancy dance @liampayne

Roberts began posting makeup tutorials when she was 11 — her first upload to YouTube in 2013 showed her demonstrating a makeup tutorial, using her younger sister Charlotte as a model. Charlotte Roberts is also a beauty creator, with more than 8 million followers on TikTok.

The elder Roberts’ social media accounts started gaining mainstream attention in 2018 after James Charles, the well-known beauty YouTuber and makeup artist, invited her to go live on his Instagram to create a look for his followers. The exposure led Roberts to double her follower count from around 50,000 to 100,000, she said in a March 2019 video titled “CRAZIEST 6 MONTHS OF MY LIFE.”

Charles has faced a string of scandals throughout his career and a major backlash this year. In February, Charles denied accusations from a 16-year-old fan who said the influencer “groomed” him. In March, more allegations were made against Charles from other minors. Charles addressed these allegations in a video on April 1. He also apologized to the accusers, his family, friends, and fans and said he was being “reckless” while flirting.  YouTube temporarily removed Charles from the YouTube Partner Program this month, and beauty brand Morphe has ended its partnership with the creator.

Asked whether she had anything to add in reaction to the recent allegations, Roberts — whose agency Kyra described her as a “close friend” of Charles in a press release last year — said she couldn’t speak to the situation directly. “I just keep to myself, and I don’t insert myself into situations that don’t involve me to begin with,” Roberts said.

In general, Roberts said, she makes an effort to keep away from drama within the influencer community.

“I think as soon as you get to LA, there’s paparazzi and all this stuff, which creates drama by just being there,” she said. “It’s something I’m going to have to be prepared for when I move there.”

Right now, Roberts is spending a few days a week in a London studio working on her own music and learning to play the guitar. She is also the judge of Revolution Beauty’s new campaign to find the next big social-media beauty star. 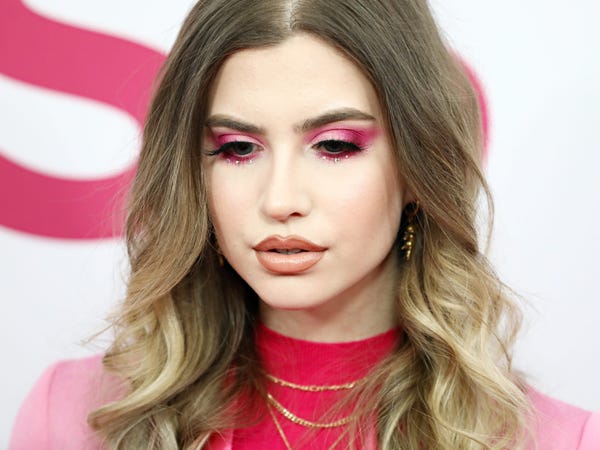 Bitcoin has proved to be popular among the influencer community, Roberts said. “Everyone’s online, and everyone wants to be involved in whatever the newest thing is,” she said.

Roberts said she considers investing a way to protect herself for the future.

“I know that a lot of people who’ve had a lot of success and money quickly tend to spend it, or don’t even know they should be investing,” she said. “I think there’s a lack of education for young people on how to invest and the best places to do it.”

Her followers won’t be seeing Roberts go down the “FinTok” route — where creators share investment and stock advice — with her own content any time soon, however.

“People come to me for makeup content,” she said. “It would be quite confusing if I started posting financial advice.” Still, she says YouTube has been a great resource to learn about investing.

While investing has always been popular among the so-called “finfluencer” community of finance-focused influencers, more beauty creators are also going down the investment path, said Timothy Armoo, founder of talent agency Fanbytes.

He pointed to the beauty YouTuber Michelle Phan, who has been vocal in promoting bitcoin, and influencer turned entrepreneur Emma Chamberlain, who has pivoted toward business with her own coffee brand.

“When you think about the beauty industry increasingly promoting messages of empowerment, a lot of the creators are also living those values and see themselves as entrepreneurs and investors in their own right,” Armoo said.