Amanda Holden, 48, slipped into a stunning yellow two-piece to relax around the swimming pool on holiday.

The Britain’s Got Talent judge, who opted for a bikini from Eco Swim, showed off her incredibly toned physique whilst soaking up the sun.

Laying down on the edge of the swimming pool, Amanda displayed her peachy posterior in the thong bikini bottoms.

She propped her leg up, further highlighting her slender pins, as she gave the camera a little smile in the Instagram snap.

Amanda also ensured her “muff” was postioned in a careful place on her back, as she expressed her delight at having it with her.

The star has been posing with the Heart FM muff on her travels as she spends time away from her Breakfast Show during the summer holidays.

Her gorgeous photo caught the attention of her Heart FM co-host, Jamie Theakston, who couldn’t help but leave a cheeky comment.

He said: “Quality muff game – however, I’ve got more…”

Many of her 1.2 million followers were also blown away by her picture with one fan commenting: “The most stunning woman in Britain.” 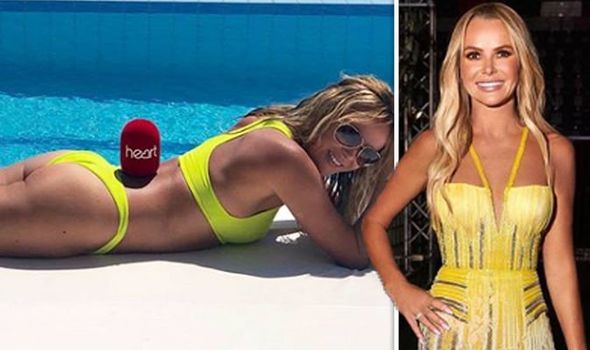 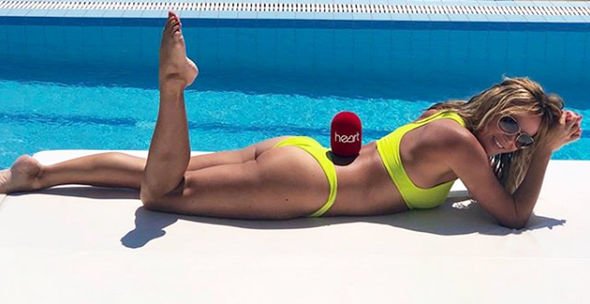 A second wrote: “Wit woo get you hottie Holden.”

A third added: “Hope you’re having an awesome time and you look amazing.”

The new series sees many previous competitors come back to face-off against one another to be crowned the ultimate champion.

Yesterday, it was reported the show’s winner, which has been presented by Ant McPartlin and Declan Donelly, was leaked. 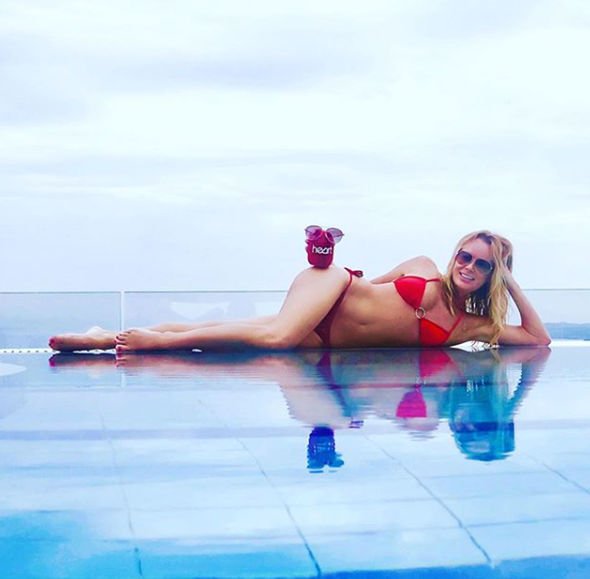 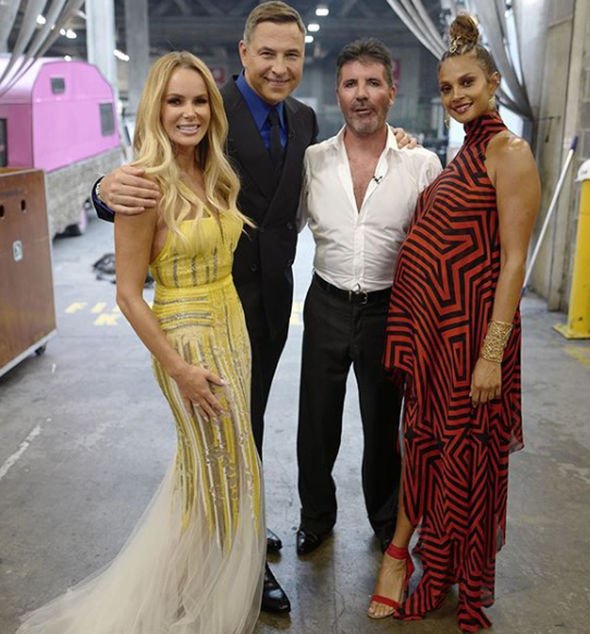 Meanwhile, before her ITV duty, Amanda was sunning herself in Greece with her husband Chris Hughes and their two daughters, Alexa and Hollie.

On her trip in Zante, Amanda shared a picture of herself in a bright red bikini.

As she posed in her usual position by the swimming pool, the actress showcased her mesmerising body.

Amanda struck a huge smile to the camera as she ran her hand through her sun-kissed locks.

She wrote: “#me and my #mic #muff on #holiday @thisisheart.”