Amber Heard recalled being avoided on set of Zombieland: ‘It helps deter people’

Amber Heard’s role in the horror comedy was minute in comparison to the leading parts she’s received over the last few years, leaving many unaware that she was in it at all. At the 2009 premiere she recalled the strenuous makeup process, how people avoided her on-set and her hopes that it wouldn’t lead to similar roles in her future.

Years before her highly publicised lawsuit against Johnny Depp and her leading roles in critically acclaimed films, Heard started out like many other struggling actresses with small supporting roles.

Many blossoming actors find it difficult to emerge from the typecast they are placed in at the very start of their careers, but Heard made the move in a rather unique way.

Up until 2008 she had largely maintained small roles which were usually the love interest, a trend she continued in Zombieland.

Many fans of the film may not recall seeing Heard, although this is likely due to her zombie appearance for most of the time she is on-screen.

Heard appears as Jesse Eisenberg’s neighbour, and crush, in the few scenes that take place before the apocalypse sets in. 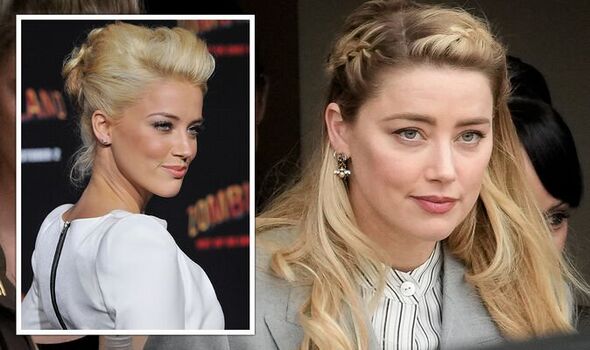 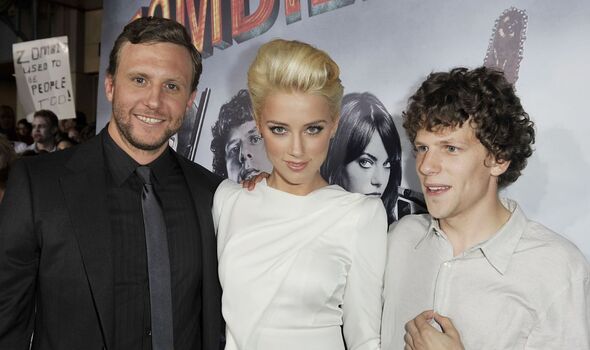 Known simply as 406, her character was never given a name but was provided with plenty of makeup and prosthetics as she became more zombie-like throughout the scene.

Speaking to MaximoTV at the Los Angeles premiere, Heard recalled the reality of life as the “undead”.

The Aquaman actress detailed how she spent over three hours getting her hair, makeup and prosthetics done for her zombie scenes.

These included dead-looking skin tones, scrapes, bruises and at one point a particularly gory ankle situation.

She also had coloured eye contacts and had to put black paint on her teeth but despite all the added layers claimed she would often forget she looked dead. 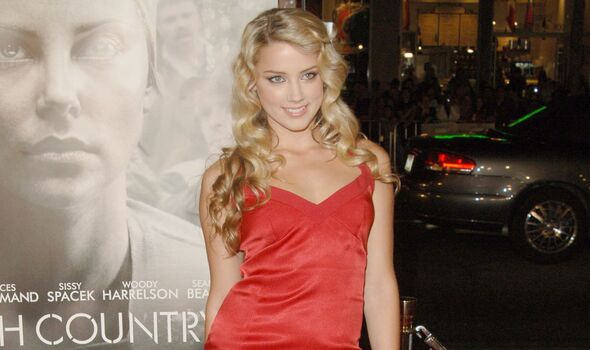 Overall, the character was a long way from what the actress was used to looking like, and found people avoiding her on set because of it.

Heard said: “You forget you’re wearing it, there aren’t really a lot of mirrors around, I think they strategically didn’t put them around.

“You forget you’re wearing it and you go up to talk to people and they kind of shy away from you, or avoid eye contact.

“I kept thinking ‘What is it? What is it?’ And I remember that, it helps deter people away.”

The actress shared how the director had called her offering a role as “a disgusting, ugly, horrible zombie”.

To which she replied: “Well you know what I have a feeling I’m not going to be asked this too much more in my future, so I should go for it when I have the chance.”

She added: “Maybe this will turn over a new leaf in my career! Let’s hope not.”

These final comments angered some of the fan base, as they interpreted her reluctance to do a zombie role again as her believing she was above it.

However, the combination of hours in the makeup chair, being avoided on set and the physical demands of the role are more likely deterrents for the actress.

Heard even claimed it was “much harder” to be a zombie than to walk in the Dior heels she wore to the premiere. 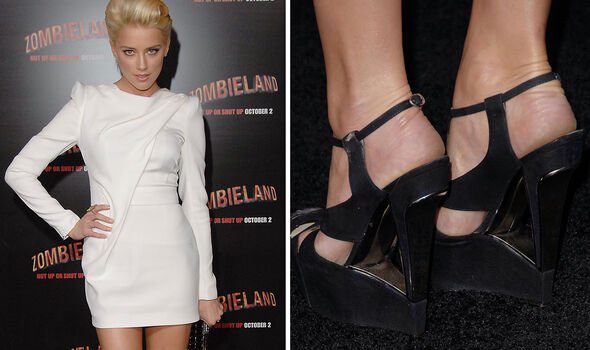 The actress’s first steps into Hollywood were with small supporting roles in TV series, appearing in Jack & Bobby, The Mountain and The O.C. within the span of a few months.

The end of 2004 saw her film debut with a minor role in Friday Night Lights, which quickly turned into a slew of small supporting roles for the next few years.

Heard’s first leading role was in the slasher film All the Boys Love Mandy Lane which premiered in 2006.

However, the film experienced an array of unfortunate distribution problems that meant it was only released in Europe in 2008 and 2013 in America.

While she managed to get a lead role as the love interest in Hidden Palms, the series received poor ratings and only eight of the 12 planned episodes aired.

After Zombieland, the actress would start appearing alongside Hollywood legends like Nicholas Cage in 2011s Drive Angry and clambered her way to A-list status in the film industry.