Amy Winehouse's clothes to be auctioned by late singer's family

Amy Winehouse’s father Mitch and mother Janis will auction some of their late daughter’s clothes ahead of the ten-year anniversary of the singer’s death in July in a bid to raise money for charity.

Explaining he finds it ‘painful’ seeing Amy’s items in storage, Mitch, 70, said: ‘With the anniversary of her death coming up, every time the family go to the lock-up, it’s overwhelmingly emotional seeing her lovely dresses hanging on the rails, so we decided to auction these show outfits.’

The listing will include the iconic outfit Amy wore to the 2007 Brit Awards – a bright yellow Preen mini dress and a heart-shaped leather Moschino bag – with the latter estimated to fetch up to £14,000. 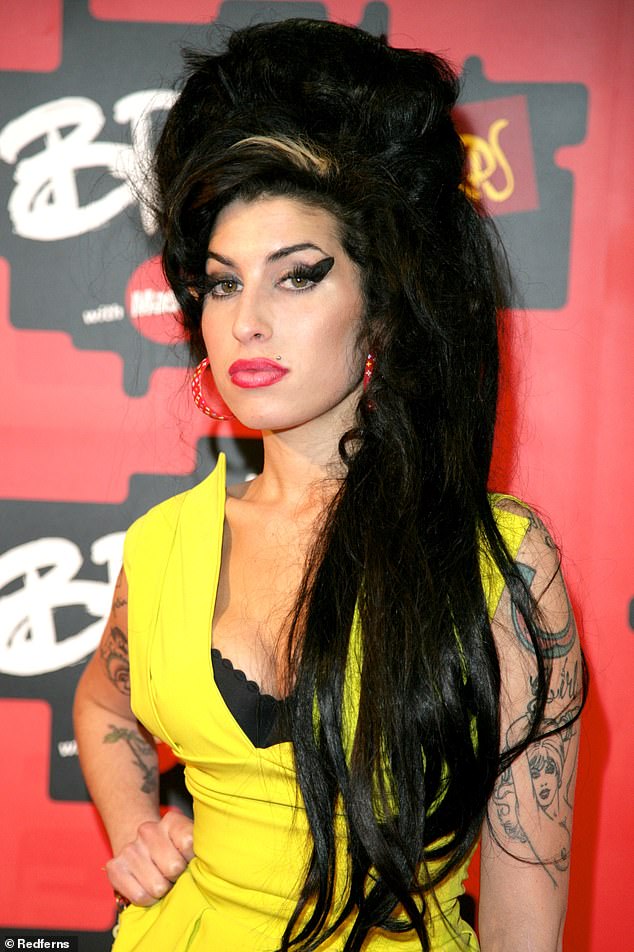 For sale: Amy Winehouse’s father Mitch and mother Janis will auction some of their late daughter’s clothes including the iconic dress she wore to 2007 BRIT Awards (pictured)

Speaking to The Mirror, the doting father added: ‘The family decided that we would keep the most precious, personal items for ourselves.’

The dress Amy – who tragically passed away aged 27 on the 23 July 2011 after being found dead in her bed due to alcohol poisoning – wore to her last gig will also be up for grabs.

The Back To Black singer donned a black frock designed by Naomi Parry when she performed in public for the final time just a month before passing away.

Other items being sold by Amy’s family include an orange and black Tina Kalivas skirt worn by Amy to the 2008 Grammys – which is valued at £3500 – alongside lace bras, bustiers, ballet slippers and even sketches. 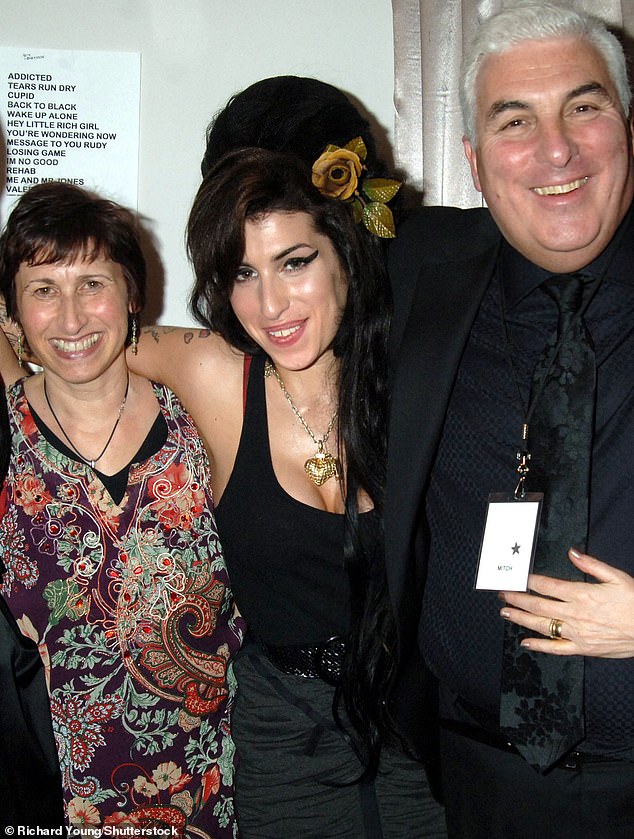 Sad: Explaining he finds it ‘painful’ seeing Amy’s items in storage, Mitch, 70, explained: ‘With the anniversary of her death coming up, every time the family go to the lock-up, it’s emotional’

The award-winner’s possessions will be sold in November by Beverly Hills-based Julien’s Auctions.

The BBC will mark Amy’s tragic death in July with a documentary titled Amy Winehouse: 10 Years On.

In the film, Janis tells her daughter’s story and says she doesn’t think ‘the world knew the true her’.

Janis said: ‘I don’t feel the world knew the true Amy, the one that I brought up, and I’m looking forward to the opportunity to offer an understanding of her roots and a deeper insight into the real Amy.’

The mother-of-two will be helped to tell the story by family members as she lives with Multiple Sclerosis, a condition which threatens to strip her of her memories of her daughter.

This has been a large part of her motivation to make the documentary, as she tells most of the story and gives a new perspective to the star’s life.

The film will be a powerful and sensitive account of Amy, offering a new female-driven interpretation of her life, her loves and her legacy.

Amy Winehouse: 10 Years On will include access to never-before-seen personal archive of Amy from the family and treasures from the BBC archives. 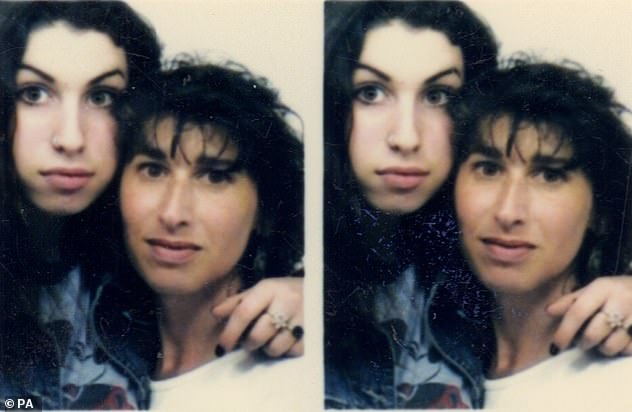 Heartbreaking: Amy Winehouse’s mother Janis tells the story of her daughter in a new documentary, and says she doesn’t think ‘the world knew the true her’ 10 years after her death

Amy’s life will be celebrated across the BBC with Radio 6 commemorating the anniversary with an Artist Collection and Radio 2 planning a documentary about her influence on the next generation of female singer-songwriters.

Dov Freedman, Executive Producer for Curious Films, said ‘Amy was a true musical icon, and we couldn’t be prouder to help those closest to Amy reclaim her story, 10 years after her death’.

Janis and her ex-husband Mitch set up the Amy Winehouse Foundation following her death.

They created the charity in honour of the late singer on what would have been her 28th birthday on the 14 September 2011. 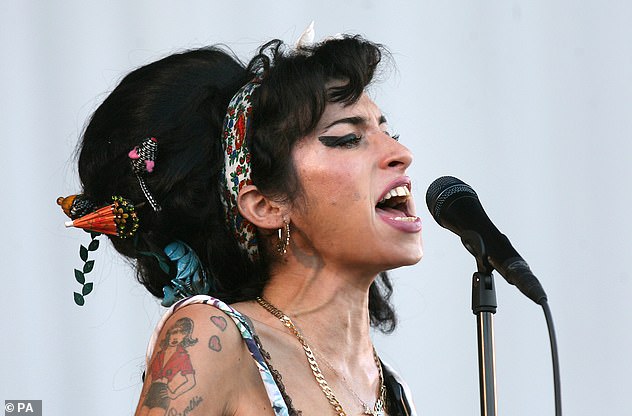 Icon: The Back To Black singer tragically passed away aged 27 on the 23 July in 2011 after being found dead in her bed due to alcohol poisoning (pictured in 2008)

Talking at an event, Mitch shared some of the organisation’s achievements, and said: ‘I’m happy to say ladies and gentlemen in the last three years we have addressed over 300,000 young people… and that’s a tremendous addition to Amy’s legacy.

Amy soared to fame upon the release of Frank in 2003, as she gained both critical and commercial success with the debut as her jazz-inspired vocals won fans all over before her second album Back To Black’s introduction three years later.

In a heartbreaking turn of fate, the London-born icon’s dazzling career was plighted by her demons after she fell into the clutches of drink and drug addiction.

As she ascended higher on the fame ladder she discovered her demons – in drink, drugs and also eating disorders, which her brother Alex insists contributed to her death.

In 2011, an inquest gave a verdict of misadventure after finding that she had 416mg of alcohol per decilitre in her blood.

This is more than five times the legal drink-drive limit and enough to cause her to become comatose and depress her respiratory system. 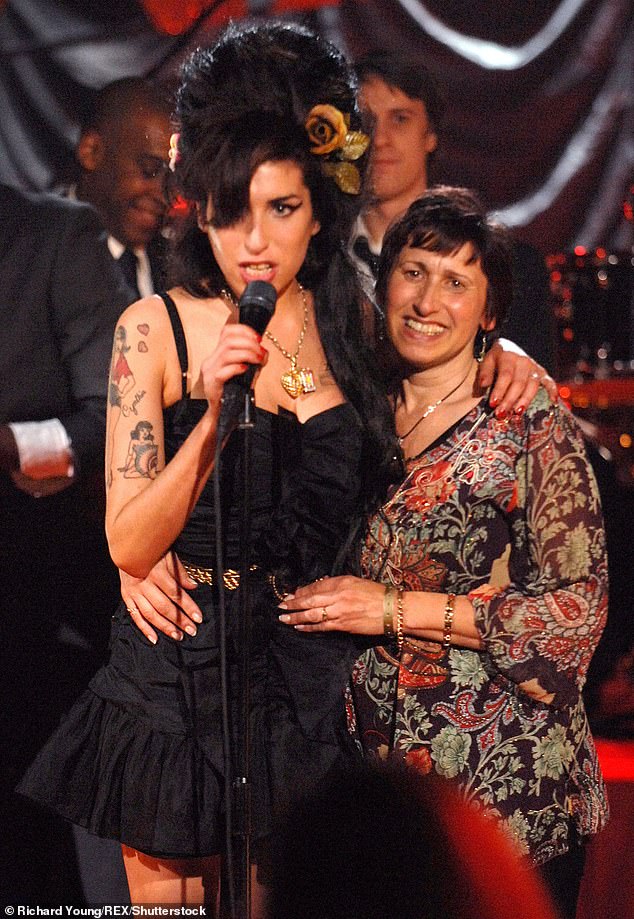 Heartbreaking: Janis lives with Multiple Sclerosis, a condition which threatens to strip her of her memories of her daughter, which is the motivation for making the documentary (pictured together in 2008)