Anderson Cooper is one helluva story teller, but no one could expect this “bat s**t” crazy story — his famous, and clearly eccentric, mom desperately wanted to be the surrogate who birthed his child … AKA her grandchild!!!

The CNN anchor was talking about his late mother, Gloria Vanderbilt, Thursday night on “The Late Show with Stephen Colbert” when he revealed that in 2009 — when she was 85 years old — she claimed a gynecologist told her she could still carry a child.

Anderson says he was initially concerned Gloria wanted to have a child on her own, but Gloria put him at ease (not at all, really) when she explained …”I’m not talking about having a child of my own. I mean, that’s crazy. I was thinking, you get an egg and fertilize it with a sperm, and I”ll carry your child.” 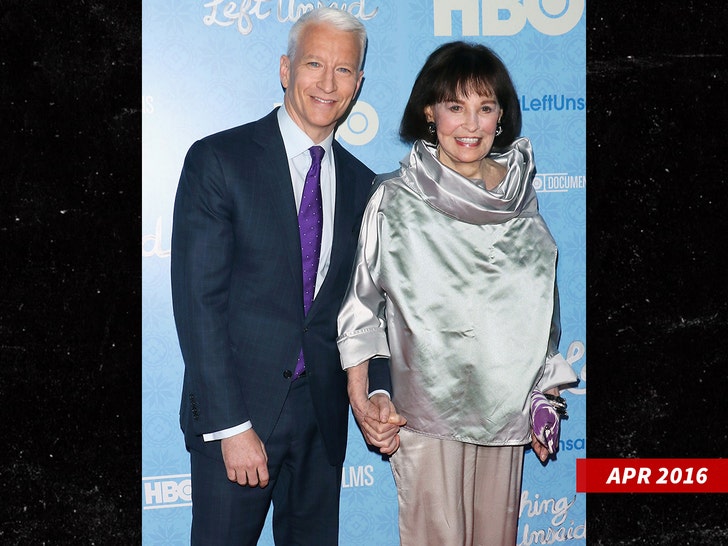 Goes without saying … Anderson said he was beyond stunned at Gloria’s offer, and he made some jokes about the whole ordeal — but adds, his mom didn’t give up on the outlandish idea. He says 2 years later she made one last-ditch effort, and even brought him a newspaper article to support her theory.

Gloria, the famous jeans designer and member of the affluent Vanderbilt family, died in 2019. She was 95.