Angelina Jolie made a surprise appearance in Lviv, Ukraine, on Saturday, April 30, where she spoke with children who were injured in the deadly Russian missile strike at a railway station last month. The strike is believed to have specifically targeted kids, as one missile was emblazoned with the words “for the children” in Russian, according to the Associated Press. Despite her UN Special Envoy for Refugees post, a rep for the group told the Washington Post Angelina was traveling “in her personal capacity.” She reportedly met with civilians who’ve been internally displaced as well as volunteers providing medical services and counseling to Ukrainians as Russia’s devastating invasion of the country enters its third month. Photos of the star talking with people in a Lviv cafe and meeting with volunteer chefs from Jose Andres’ World Central Kitchen also popped up on social media as she made her way to a boarding school to hear from students there. “The impact the war is having on a generation of Ukrainian children is devastating to see,” Angelina said in a statement to NBC about her visit. “No child anywhere should have to flee their homes, or witness the murder of their loved ones, or experience shelling and the destruction of their homes. Yet that is the reality of so many children in Ukraine and around the world.“

Pete Davidson appears to have some new ink in honor of his girlfriend, Kim Kardashian. The tattoo — one of many in the “Saturday Night Live” star’s collection — is on Pete’s neck and reads “KNSCP,” according to Page Six, which snagged a photo of the tat over the weekend. The shot spurred fans on social media to post guesses about what each letter stands for, with most seeming to agree the “K” is likely for Kim. The other letters match up with the names of the four kids Kim shares with her ex, Kanye West: North, 8, Saint, 6, Chicago, 4, and Psalm, 2. Kim confirmed the comic “has a few tattoos” she inspired during a chat with Ellen DeGeneres back in March. “I think my favorite one, it says ‘My Girl Is A Lawyer,’ and that one’s really cute,” said Kim, who’s been studying for the California bar exam. Kim, 41, and Pete, 28, made their relationship Hollywood-official when they attended the White House correspondents’ dinner on Saturday, April 30 — alas, Pete’s new ink wasn’t clearly visible beneath his shirt collar and tie.

Drew Barrymore has apologized for comments she made on her show about Johnny Depp’s $50 million defamation suit against his ex-wife, Amber Heard. During a chat with Anthony Anderson last week, Drew dubbed the trial a “seven-layer dip of insanity,” among other things, and questioned why the proceedings are being televised and livestreamed. Johnny sued Amber over a 2018 op-ed she wrote about surviving domestic abuse for the Washington Post, claiming that while she doesn’t name him in the piece, readers presumed he abused her, since she’s made such allegations in the past. The actor has long denied those claims. After Drew’s comments aired on her daytime talk show, she was hit with backlash from viewers on social media who said it was wrong to use a trial stemming from abuse allegations as fodder for jokes. “How would she feel if people laughed at her childhood trauma,” one person asked on Twitter. Drew circled back to make amends on Instagram on Sunday, May 1. “It has come to my attention that I have offended people with making light of Johnny Depp and Amber Heard,” she said in a video post. “And for that I just want to deeply apologize and appreciate everyone who spoke out because this can be a teachable moment for me and how I move forward and how I conduct myself.” Drew added, “All I want to do is be a good person. I can be a more thoughtful and better person moving forward because all I want to do is be a good person and I very much appreciate the depth of this and I will grow and change from it…And I thank everyone helping me grow along the way and teaching me.”

May 2 is officially Megan Thee Stallion Day in Houston

Megan Thee Stallion’s hometown of Houston honored the rapper for her local philanthropy work over the weekend, presenting her with a key to the city and proclaiming May 2 “Megan Thee Stallion Day.” “Megan Thee Stallion has an extraordinary entertainment career, but we wanted to honor her for what she does offstage to lift people’s lives in underserved communities,” Houston Mayor Sylvester Turner said at a televised ceremony on Sunday, May 1, according to Pitchfork. “She assisted people after the 2021 winter storm, during the pandemic, and helped those struggling with homelessness. I look forward to watching her grow as an artist and humanitarian,” he added. Megan, 27, later told Instagram followers the May 2 date was chosen to honor the shared birthdays of her late mother and grandmother, who died within weeks of one another in 2019. (Megan’s father died when she was 15.) “Both of these women helped me grow into the woman that I am today,” the rapper said whileaccepting her award, according to an ABC 13 video. “I don’t know what kind of lady I would be if granny didn’t raise me to be so kind and so giving,” she continued. “You could walk by these ladies’ house and they givin’ out dollars, candy– whatever they’ve got, they’re givin’ it out the door. And I always wanted to be just like that.” She’s making a pretty good start on that goal so far: In February, the rapper launched her new Pete and Thomas Foundation, which aims to support “positive change in the lives of women and children, senior citizens, and underserved communities in Houston” and beyond, according to its website. The organization is named after Megan’s late parents.

Bill Murray says he and a female colleague from the upcoming film, “Being Mortal,” are “trying to make peace” after Fox Searchlight shut down production over a complaint regarding allegedly inappropriate behavior. When the studioannounced it was halting work on the project, it didn’t name any of the parties involved, according to an April 20 Deadline report. Bill addressed the shutdown in an interview with CNBC over the weekend, telling the outlet he’s continued toreflect on the implications of his behavior and how something he “thought was funny … wasn’t taken that way” by the other person involved. “We had a difference of opinion; I had a difference of opinion with a woman I’m working with,” he explained, without naming the woman. “I did something I thought was funny, and it wasn’t taken that way. The company, the movie studio wanted to do the right thing. So, they wanted to check it all out and investigate it and so they stopped the production. But as of now we’re talking and we’re trying to make peace with each other.” He went on to point out that “things change and the times change,” including perceptions about comedy and humor. “I think the most important thing is that it’s best for the other person. I thought about and that it’s not best for the other person, doesn’t matter what happens for me,” he concluded. Looking ahead, the actor said he hopes both he and the woman can “go back into work and be able to trust each other” so they can complete the Aziz Ansari-directed film, which stars Murray alongside Keke Palmer and Seth Rogen. It’s not clear whether Bill would be invited back to finish shooting or if he’d be replaced. 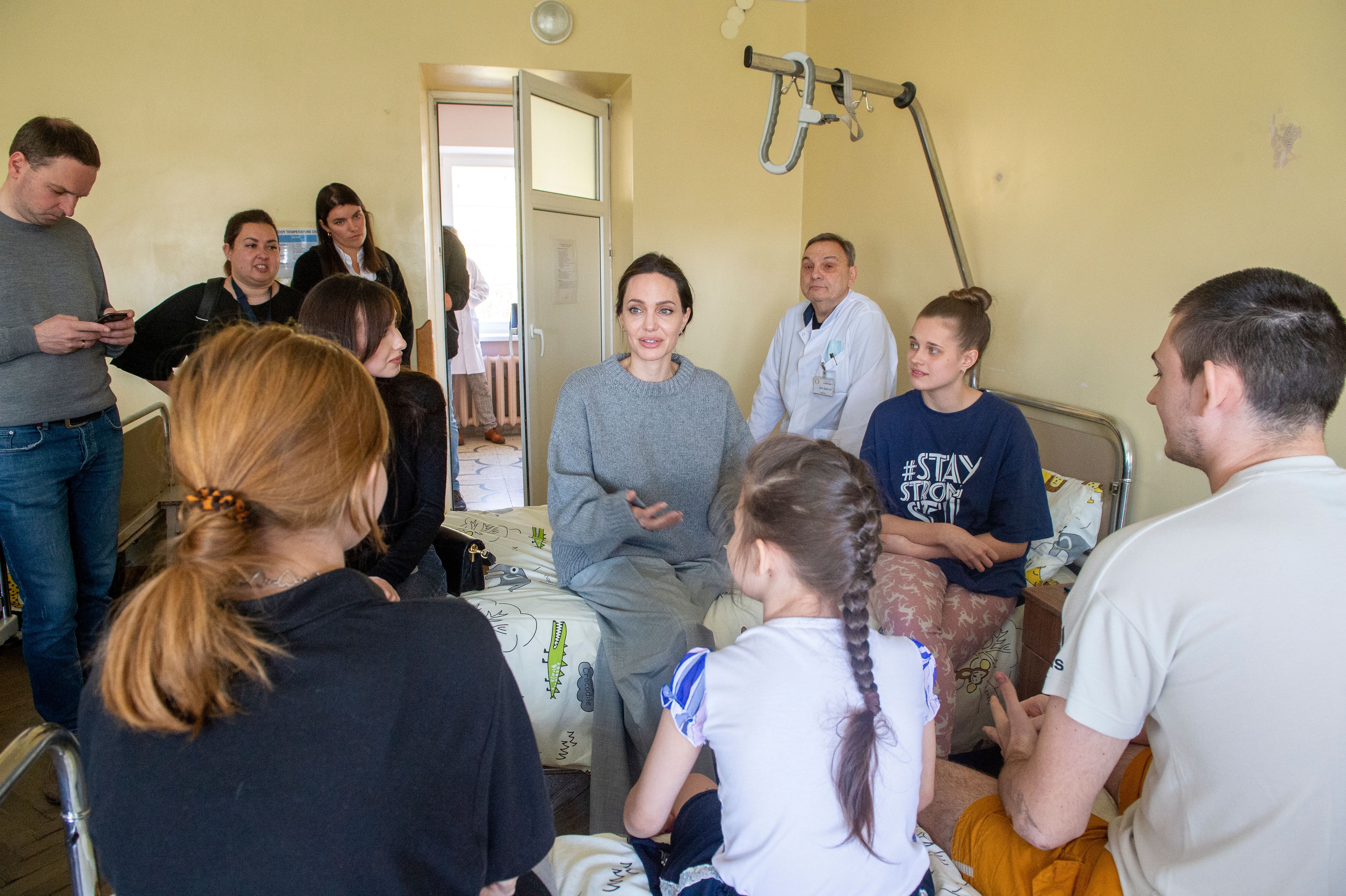 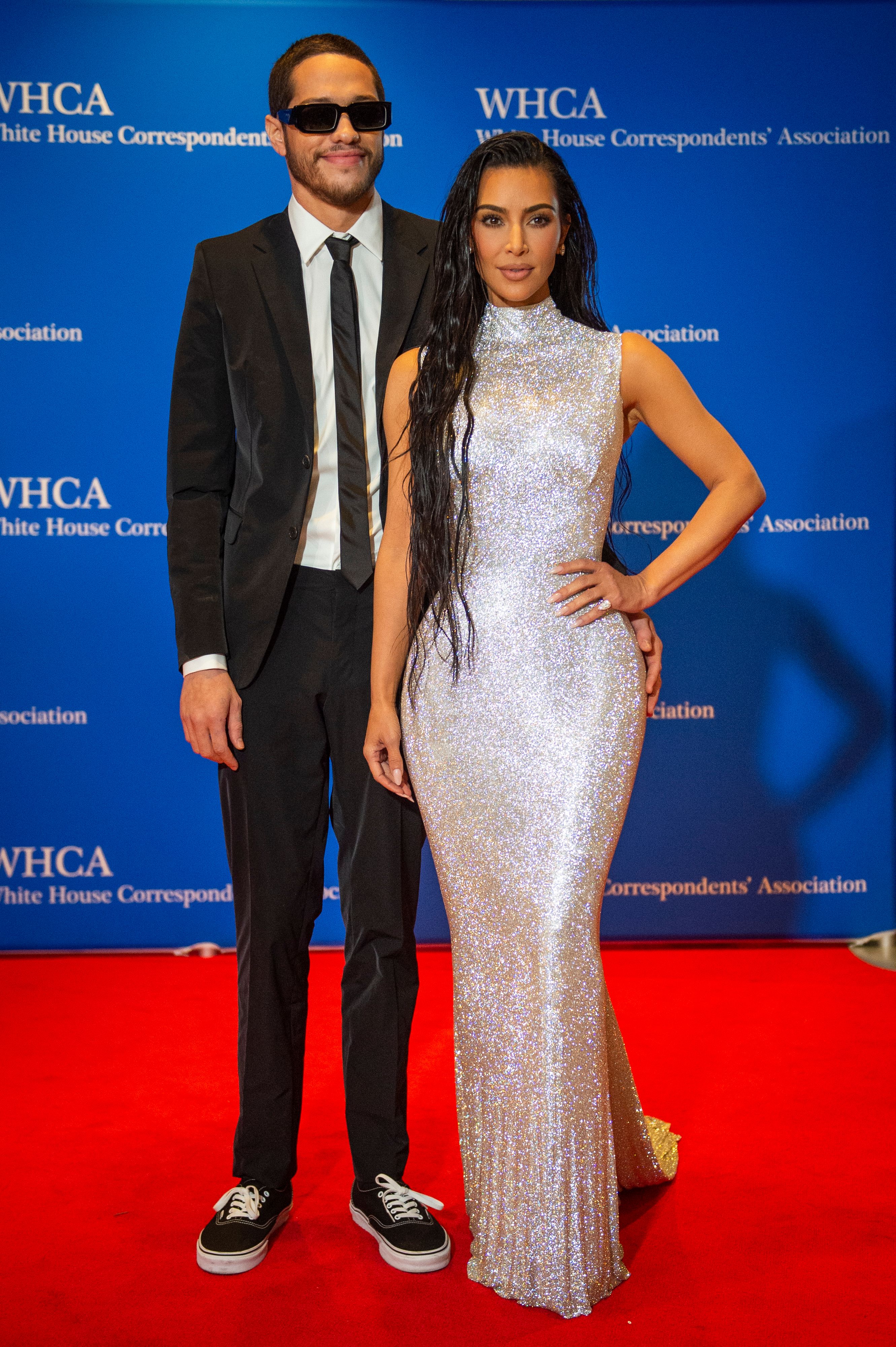 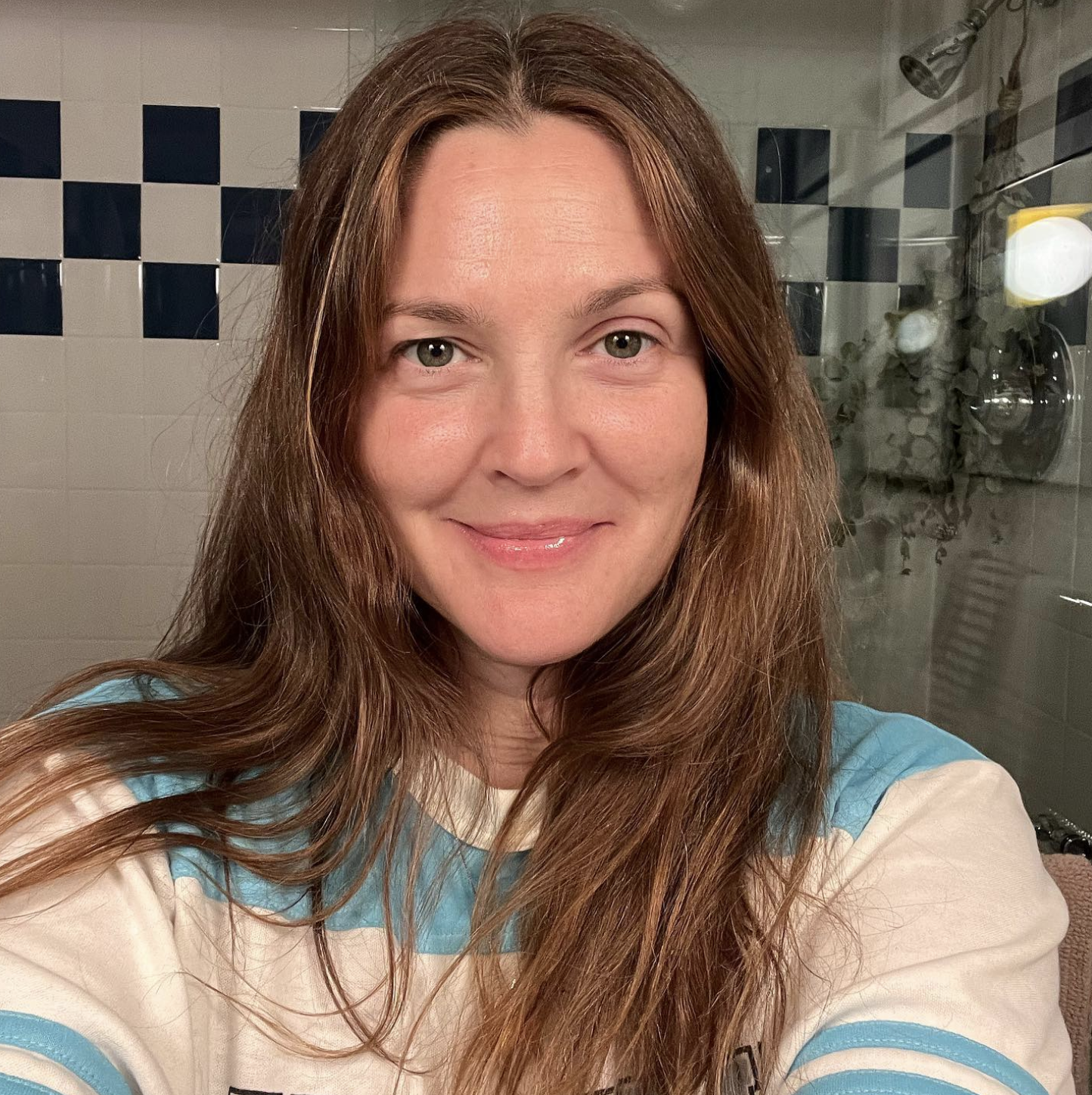 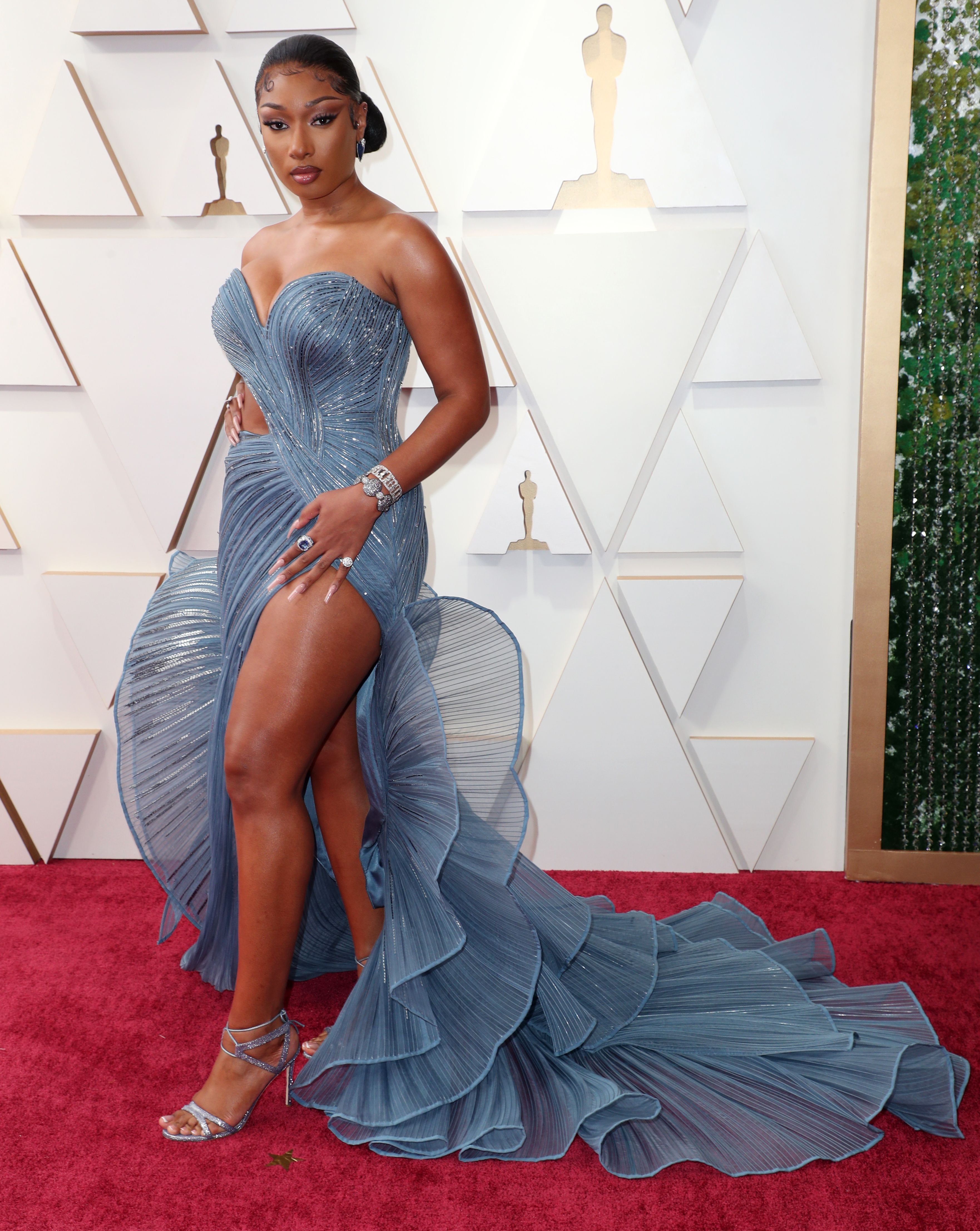 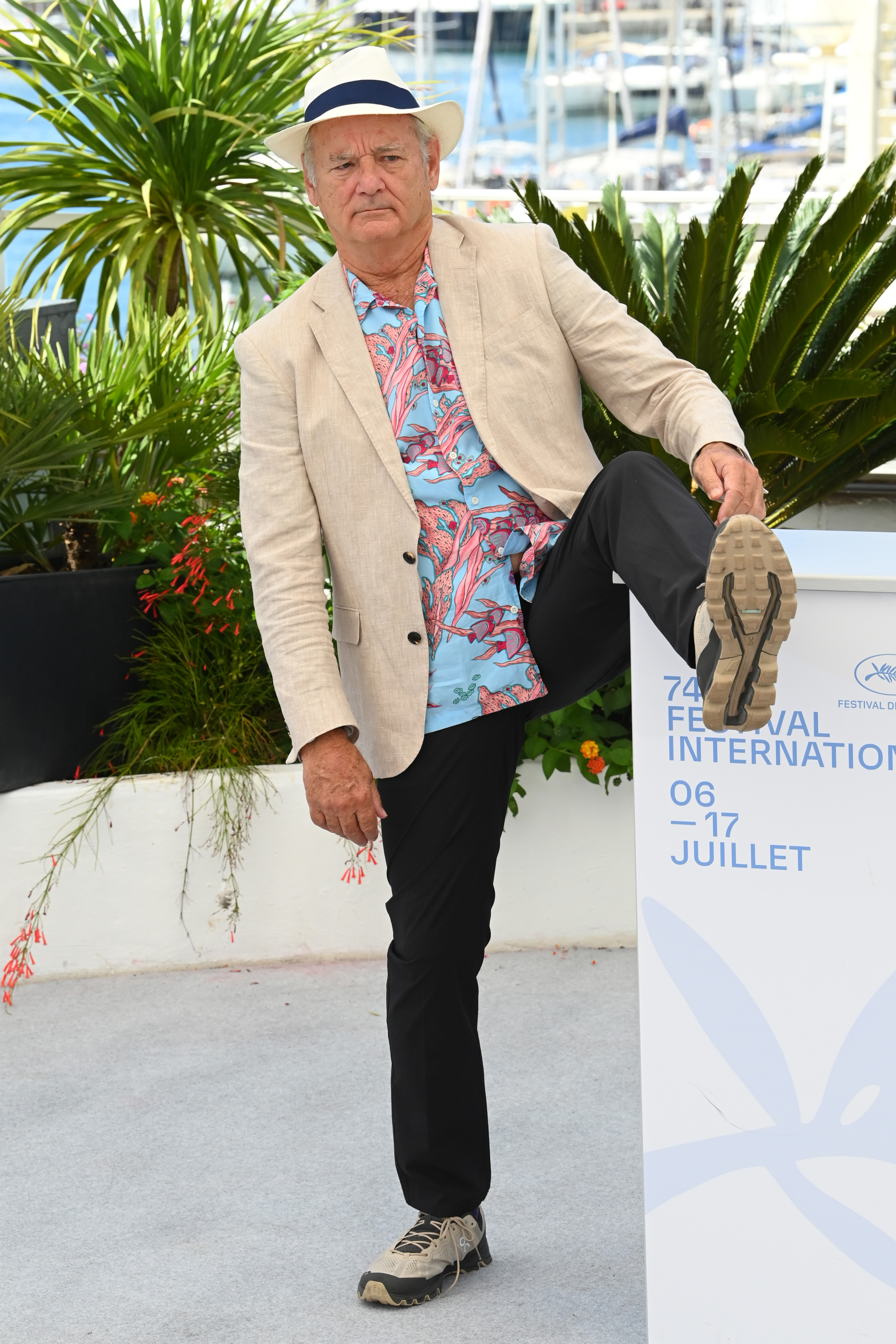