Angelina Jolie’s kids are blessing the red carpet in more pieces from their mom’s wardrobe.

On Wednesday evening, Jolie’s 15-year-old daughter, Shiloh Jolie-Pitt, wore a cropped version of her mother’s Dior dress on the red carpet of the U.K. Eternals premiere. Jolie wore the full-length gown—from the brand’s fall/winter 2019–2020 collection—back in 2019 at a Los Angeles global press conference for Maleficent: Mistress of Evil. On Shiloh, it was tailored above the knee, and she wore it with simple black ballet flats and silver hoop earrings.

She posed on the carpet alongside four of her siblings, Maddox, Zahara, and twins Vivienne and Knox Jolie-Pitt, who also glammed up for the occasion. Zahara opted for a yellow off-the-shoulder minidress, while Vivienne wore the same cream-colored dress she debuted last week at the Los Angeles Eternals premiere. 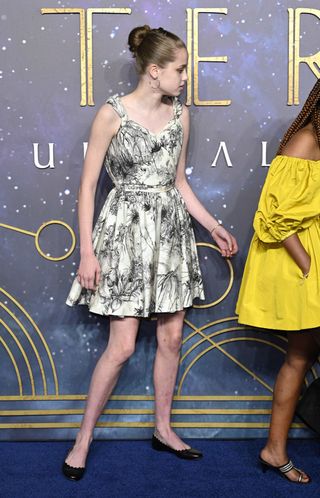 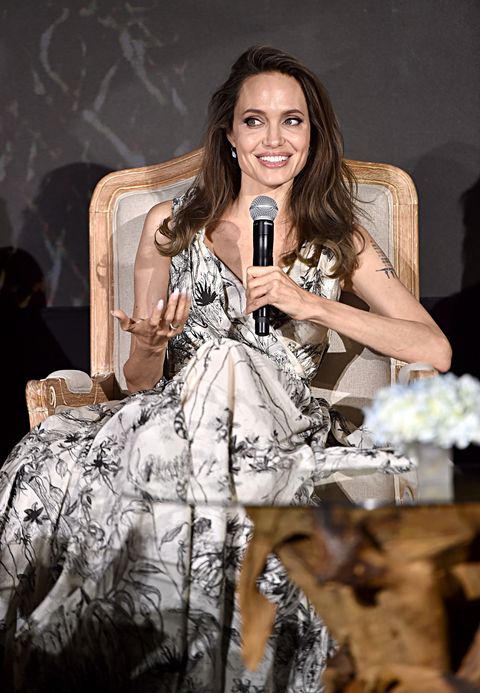 As for Jolie herself, the actress wore custom black-and-white Valentino Haute Couture. 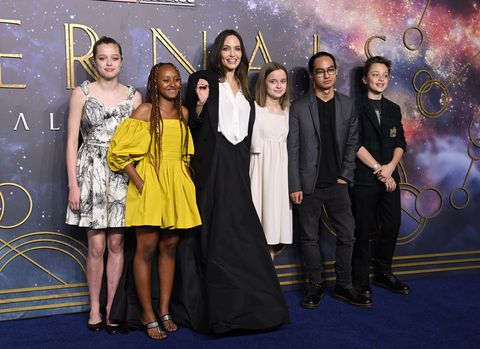 This isn’t the first time Jolie’s children have modeled their mother’s wardrobe on the carpet. Just last week, Shiloh appeared on the red carpet of the film’s L.A. premiere in another one of her mom’s old pieces: a high-low tailored version of the familiar Gabriela Hearst poplin slip worn by Jolie at Guerlain’s Women for Bees initiative in Paris back in July, while Zahara wore the shimmering gold Elie Saab Couture gown debuted on the actress at the 2014 Academy Awards.

Jolie stars as the warrior Thena in Eternals, which is set to hit theaters on November 5. Back in 2019, the actress expressed her excitement over the empowering depiction of her character in the film. “What’s really moving to me is that they want to see me strong,” Jolie told People. “I’m going to have to work very hard to give the Marvel Cinematic Universe the Thena they deserve.”