Home » Celebrities » Are There Aliens In ‘AHS: 1984’? This ‘Asylum’ Nod Has Fans Convinced 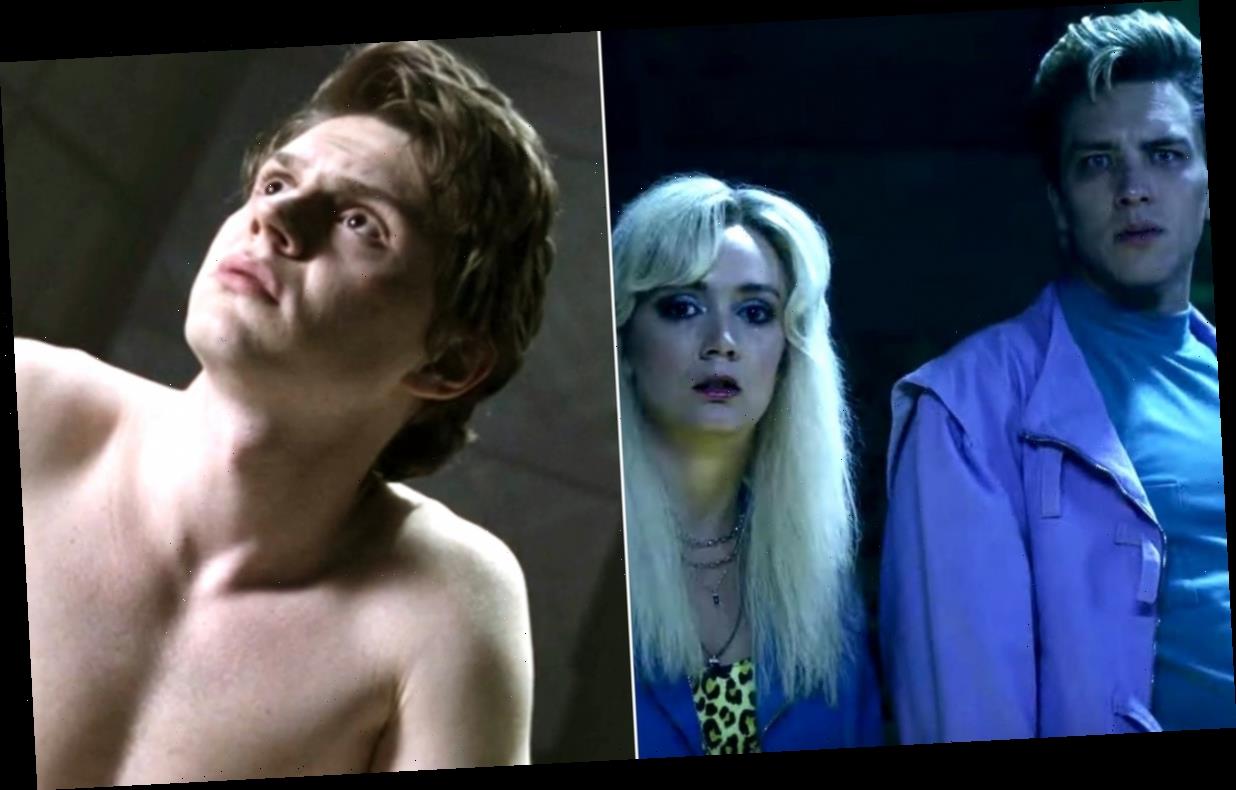 Although the end is very near for American Horror Story: 1984, the latest season is still just as full of mysteries as when it began. Fans are still trying to figure out just what is going on at Camp Redwood, and as always, the hunt for any potential connections to past seasons is at an all-time high. 1984 already included a major connection to Asylum earlier on, but eagle-eyed fans caught another one that may or may not have been intentional. All the Asylum talk has fans wondering if aliens will show up in AHS: 1984, because anything is possible at this point.

Spoiler alert: This post contains spoiler from American Horror Story: 1984 Episode 7, "The Lady in White." In the most recent couple of episodes, AHS: 1984 has jumped around in time quite a bit. The season is now predominantly set in 1989, five years after the Camp Redwood massacre that ended in Montana, Xavier, Chet, and Ray all dying and becoming ghosts unable to leave the campgrounds. Honestly, the set-up is very similar to the show’s first season AHS: Murder House, since that was also all about ghosts fixed to one specific location, but the past season that has actually gotten the most shoutouts from 1984 has been Asylum.

After Margaret Booth becomes a real estate mogul in the aftermath of the massacre, it’s revealed that she is the owner of Briarcliff Manor, which was the primary setting for AHS: Asylum. Most fans easily caught that little reference, but only the most devoted superfans caught another small nod to the second season. In 1989, Ben Richter left behind his serial killer alter-ego of Mr. Jingles to start a family in Alaska, and fans pointed out that Richter’s home looks exactly like that of Kit Walker, Evan Peters’ character in Asylum.

Of course, once this detail spread among the fandom, everyone began to wonder if Mr. Jingles was actually living in Kit Walker’s home. There’s a pretty major problem with this theory, though: Ben’s house is in Alaska whereas Kit lived in Massachusetts. Some fans devoted to the idea of this connection are suggesting that perhaps the aliens from Asylum could have moved the house somehow, but that seems like a bit of a stretch even for AHS. Still, the appearance of Kit’s house does bring a strong connection to aliens with it, so the set piece could potentially be a small wink from the set designers that those aliens could make a comeback at the end of this season.

After AHS: Apocalypse wrapped up last year, there were a ton of rumors and theories that Season 9 would be an alien-themed season of AHS. While aliens played a pivotal role in Asylum, nothing extraterrestrial has appeared in any other season of American Horror Story, and honestly, there is still a whole lot of confusion around the Asylum aliens among the fandom. AHS: 1984 has not made any mention of aliens yet — focusing instead on ghosts, serial killers, and Satan, which are kind of the series’ M.O. — but there is always the chance that it’s gearing up for an out-of-this-world twist in the finale.