Astroworld victim identified by dad after photo released to public 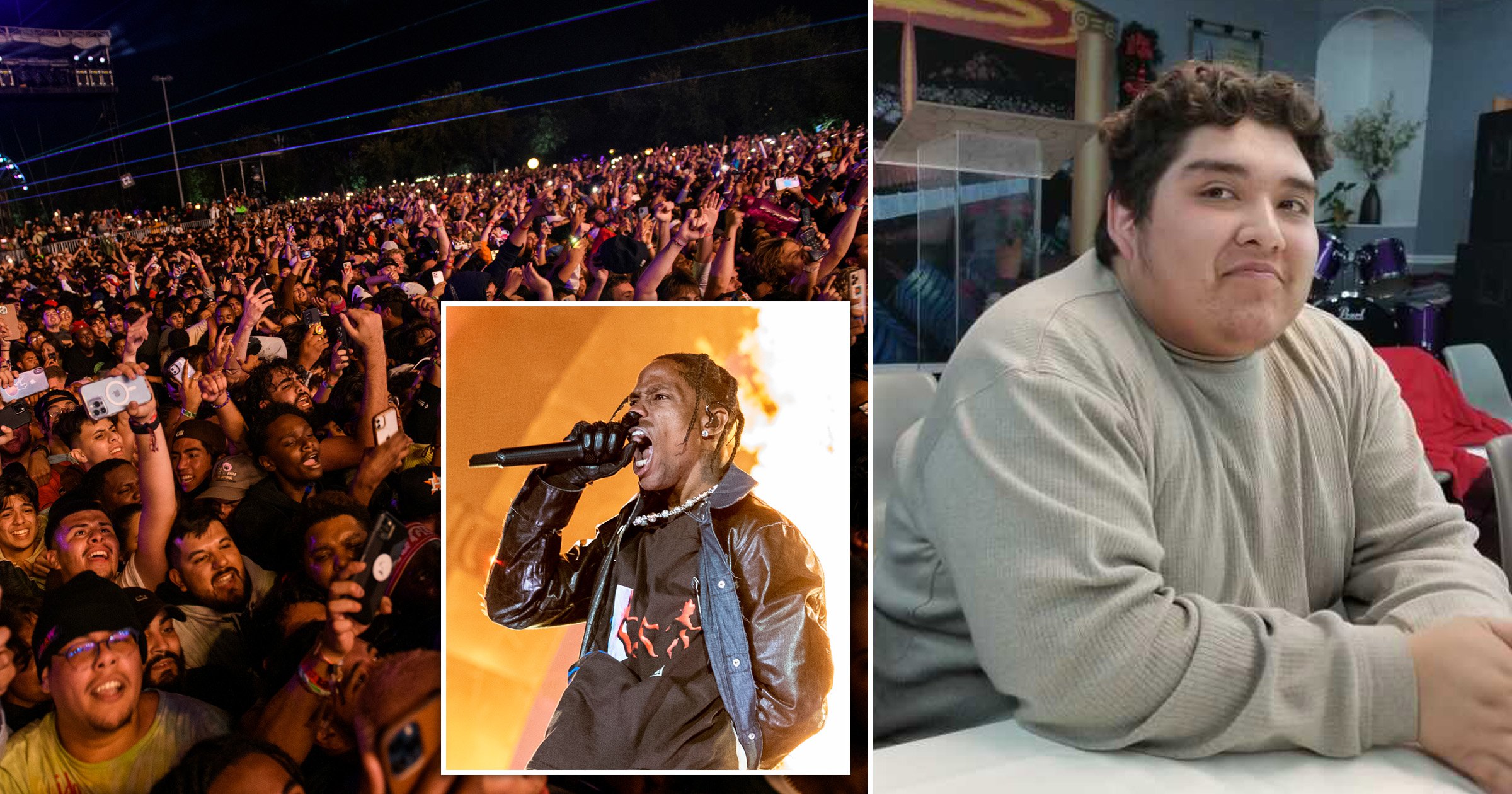 The identity of another victim of Friday’s Astroworld tragedy has finally been established after a father stepped forward to confirm it was his 21-year-old son.

Eight people were killed on Friday when crowds at the festival in Houston, Texas surged towards the stage during Travis Scott’s set at NRG Park, while a further 25 people were reported to have been admitted to hospital. It’s since been reported Scott and Drake have been sued for $1,000,000 (£741,000) over the ‘preventable’ stampede.

As some of the names and ages of those who died at the festival were publicly released, authorities were unable to identify one man and chose to share an image of him in an appeal for information.

Now it’s been confirmed the man is Axel Acosta, 21, of Washington, who was identified after his father stepped forward.

In a bid to track down Acosta’s family, Harris County Institute of Forensic Sciences released an image of the student on Saturday, 24 hours after the incident. His cause of death has not yet been released.

Edgar Acosta told Houston television station KPRC 2 that when he saw the photo he immediately knew it was Acosta, a computer science student at Western Washington University, after his son failed to return to his hotel after the festival.

Speaking to ABC13, Edgar went on to claim that police made it difficult for him to file a missing persons report due to his son being from Washington.

According to reports, Acosta’s family told local media the student travelled alone to the show and that this was the first music festival he’d attended.

His brother Joel Acosta told press that when he didn’t hear from Acosta on Friday night, he assumed his brother was having fun, adding ‘reception was spotty and the internet was really bad’.

According to The New York Times, Joel said during the concert, Acosta was separated from a person he had been rooming with at a local hotel, who later called Joel to let him know Acosta hadn’t returned that evening.

After seeing the footage from the deadly event, Joel became worried his brother may have been involved, with his fears confirmed when authorities released a photo of Acosta.

Most of the victims to be identified from the stampede are young people, with the youngest said to be 14-year-old freshman student John Hilgert.

Around 300 were treated for injuries at the festival after the crowd began to compress towards the stage when rapper Travis was performing, emergency officials said.

The incident began around 9.15pm on Friday, according to Houston Fire Chief Samuel Peña, who told reporters: ‘The crowd began to compress toward the front of the stage, and people began to panic.’

Scott had been seen asking for help for fans who had passed out in video footage from the night.

A video from earlier on in the evening shows the performer saying: ‘I need somebody’s help, somebody passed out right here.

‘Somebody passed out right here. No, no, don’t touch him. Don’t touch him! Everybody just back up. Security – somebody help, just jump in real quick. Somebody jump in, come on, come on, security.’

The rapper, who is expecting his second child with Kylie Jenner, had earlier shared a statement of his sorrow at the tragedy, writing: ‘I’m absolutely devastated by what took place last night. My prayers go out to the families and all those impacted by what happened at Astroworld Festival.

‘Houston PD has my total support as they continue to look into the tragic loss of life.

‘I am committed to working together with the Houston community to heal and support the families in need.

‘Thank you to Houston PD, fire department and NRG Park for their immediate response and support. Love you all.’

Drake, 34, briefly appeared as a special guest during his set and has been named alongside 30-year-old Scott and concert promoter Live Nation, as well as others, in a lawsuit reportedly filed by concert-goer, Kristian Paredes for negligence and alleging that the rappers helped to incite the crowd.

According to TMZ, the lawsuit makes reference to Scott’s controversial concert history and argues this should have been taken into consideration when organising this year’s Astroworld festival. Paredes states that Scott and Drake should have been aware of the reaction the crowd would have once they took to the stage. The plaintiff believes this is what caused the crowd to surge towards the crowd causing him injury.

Paredes also said that the staff who organised the event’s security and logistics, including Scott, should be held accountable for failing to keep concert-goers safe.