Home » Celebrities » Bachelor Boy's back… at 80! Sir Cliff Richard bounds on to the stage

Bachelor Boy's back… at 80! Sir Cliff Richard bounds on to the stage

Bachelor Boy’s back… at 80! Sir Cliff Richard bounds on to the stage for a lively two-hour set after Covid delayed his birthday tour

After waiting over a year for the country to throw off the curse of Covid, he was thrilled to be back on stage.

Sir Cliff Richard bounded into the limelight on Thursday night, showing no signs of slowing down despite turning 81 next week.

The triple-vaccinated singer delighted a crowd of adoring fans with a two-hour set in his first performance since 2019.

It marked the start of his Great 80 tour which was delayed last year due to Covid rules. 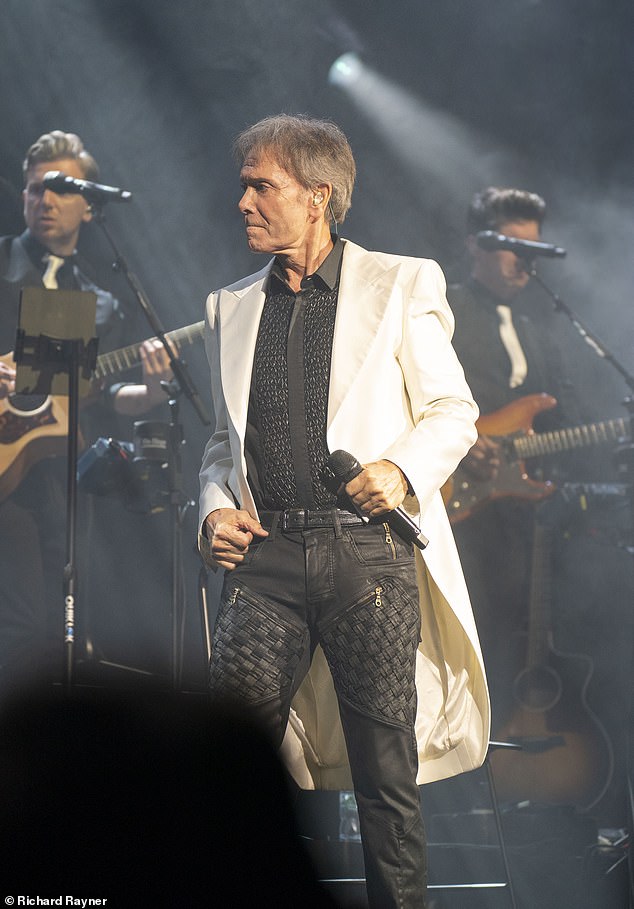 Sir Cliff Richard bounded into the limelight on Thursday night, showing no signs of slowing down despite turning 81 next week 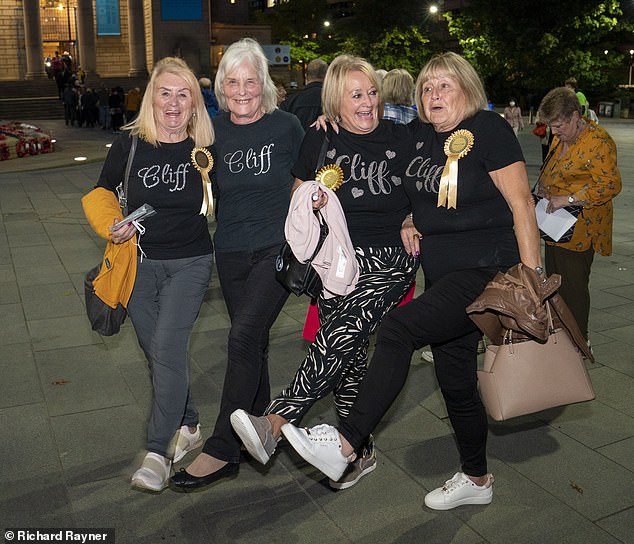 Thank you for a good time: Four concert-goers enjoy their evening

For the gig at Sheffield’s City Hall, Sir Cliff dressed smartly in a black embroidered shirt, black patterned trousers and a white tailcoat.

He could be seen with a microphone speaking to his fans, many of whom wore ‘Cliff’ T-shirts. Some even donned face masks bearing his image.

The tour, in celebration of his 80th birthday, will finish in Nottingham on October 29 and include four gigs at London’s Royal Albert Hall. 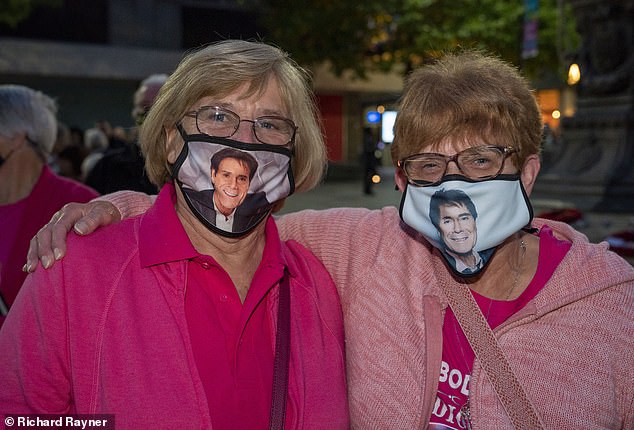 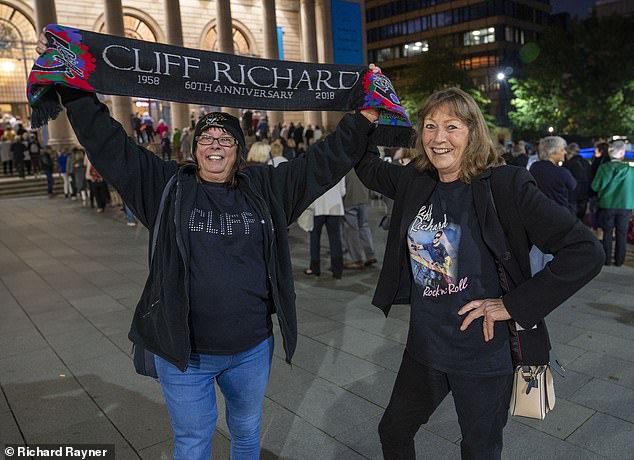 Thrilled: One fan holds up her scarf and wears a top with the singer’s name on it

He previously told the Daily Mail: ‘I’ve never undertaken a tour like this before – never!

‘When you think, all of us in our lifetime, we’ve never had to face anything like this.

‘It really is me, though, who has to be careful, because even though I’ve been triple-vaccinated, you can still carry that virus and it can make you a bit sick.’