Big Boi is opening the doors to “The Dungeon” … he’s hosting a few lucky folks for sleepovers in the iconic home where he recorded some of his biggest hits with Andre 3000!!!

TMZ has learned Big Boi’s hosting 3 overnight stays at the Atlanta home in June and July for only $25 a night via Airbnb, but ya gotta be quick on the trigger … once the listing goes live next week, it’s first come first serve.

For those lucky few who snag a spot, it’ll be like a hip hop fantasy come true — including guided access to the home’s legendary basement where Outkast and Goodie Mob recorded some of their breakout hits, and where signatures from the artists still remain on the walls.

Guests are also invited to kick back and play records in rooms styled to pay homage to important Atlanta locations that inspired The Dungeon Family’s music … oh and feel free to check out a new state-of-the-art studio decked out with Yamaha audio equipment.

Yes, they’ve made some upgrades over their 2 decades of mega-success. 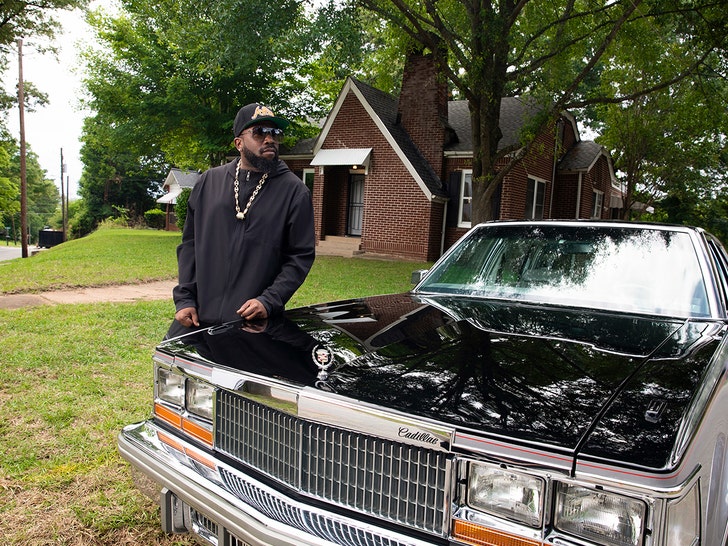 Anyone in the U.S. can cross their fingers and hope to score a booking when the application goes live on June 25 at 1 PM ET. Winners who live within 30 miles of Atlanta will get a bonus — transport to and from the house in an Escalade. Otherwise, the travel part’s on your tab.

Big Boi, who purchased the home 2 years ago, is partnering with Airbnb for the overnight stays … and Airbnb’s making a donation to the Atlanta Public Schools Music Department to expand resources and increase access to music education for K-12 students.

The whole experience sounds cool as hell — Big Boi remembers spending hours back in the day hanging out in the basement, writing rhymes and making beats at all hours of the night with Andre and other ATL hip hop pioneers.