Billie Lourd Honors Mom Carrie Fisher 6 Years After Her Death: "Life Can Be Magical and Griefy" 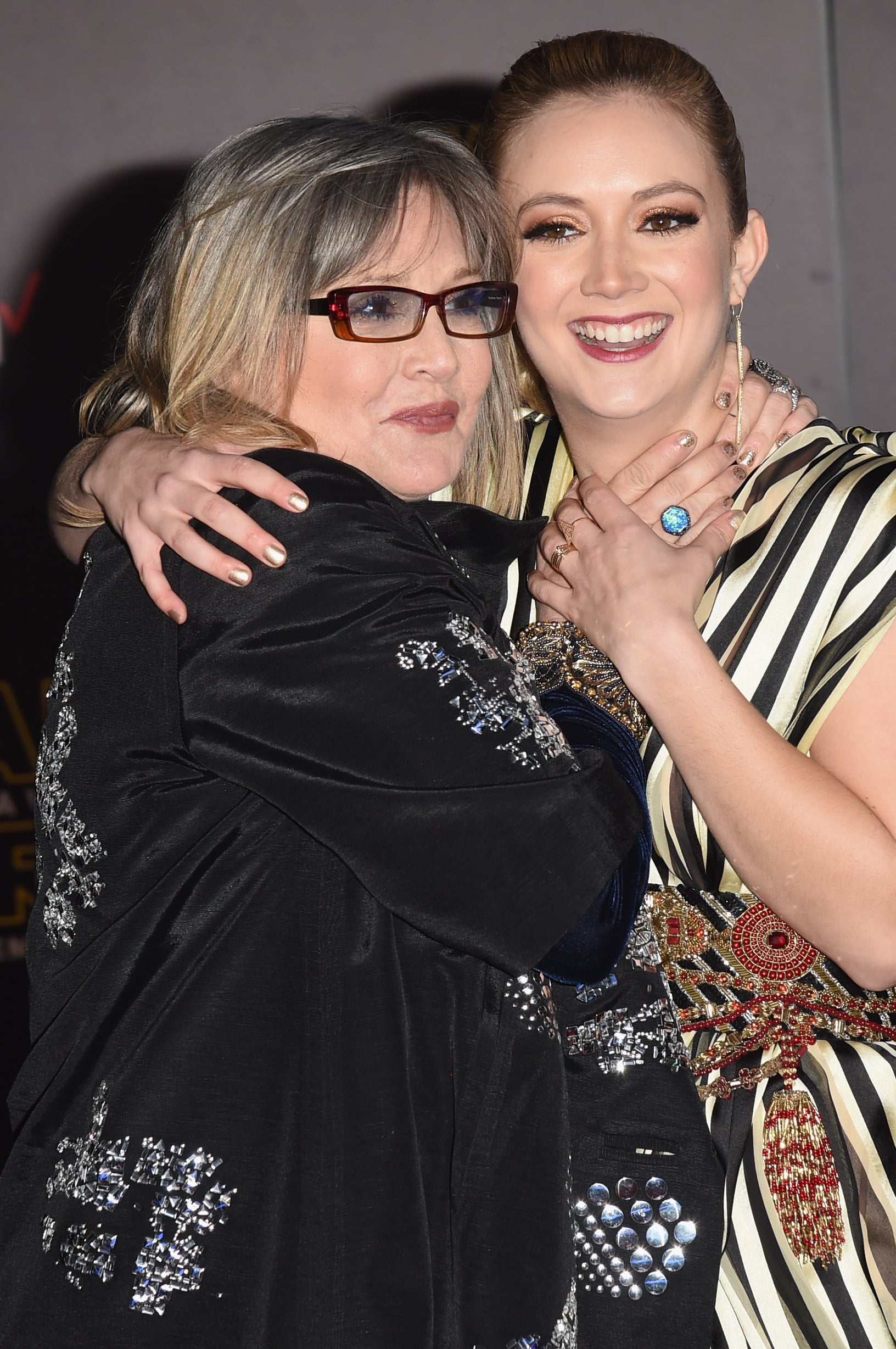 Billie Lourd shared an emotional remembrance of her mom, Carrie Fisher, on Dec. 27, the sixth anniversary of the legendary actor’s death. In an Instagram post, Lourd posted a photo of herself as a child with her mom. “It has been 6 years since my Momby died (feels like 2 but also like 705 at the same time?),” she wrote. “And unlike most other years since she’s died, this year, these past two weeks have been some of the most joyful of my life.”

She continued, “Giving birth to my daughter and watching my son meet her have been two of the most magical moments I have ever experienced. But with the magic of life tends to come the reality of grief. My mom is not here to meet either of them and isn’t here to experience any of the magic. Sometimes the magical moments can also be the hardest.” Lourd and her husband, Austen Rydell, welcomed their second child, Jackson Joanne, on Dec. 12. They also share 2-year-old Kingston Fisher.

“That’s the thing about grief. I wish my Momby were here, but she isn’t,” Lourd continued. “So all I can do is hold onto the magic harder, hug my kids a little tighter. Tell them a story about her. Share her favorite things with them. Tell them how much she would have loved them. For anyone out there experiencing the reality of grief alongside the magic of life, I see you. You are not alone. Don’t ignore either. Life can be magical and griefy at the same time.”

Lourd revealed she was pregnant with her second child at the “Ticket to Paradise” premiere back in September. The “American Horror Story” actor tied the knot with Rydell earlier this year.

Back in October, Lourd honored her mom on what would have been her 66th birthday. “I woke up this morning feeling like I should write some long wise grief advice caption like I know what the f*ck I’m talking about,” she wrote. “But then I realized even after 6 years I still have no formula or map on what to do on days like these.” She added, “Sending my love to all the griefers (yet another billie lourd petition to make this a real word) out there. You are not alone.”

Fisher died on Dec. 27, 2016, after a short hospitalization following a medical emergency aboard a plane. A day later, Fisher’s mother and Lourd’s grandmother, Debbie Reynolds, suffered a stroke and died.

Lourd followed in her mother’s and grandmother’s footsteps by becoming an actor, and she appeared in the Star Wars sequel films alongside Fisher, filmed before her death.