Home » Blake Shelton Wrote & Sang Gwen Stefani A Song For Wedding Day: Not A Dry Eye In The House

Blake Shelton Wrote & Sang Gwen Stefani A Song For Wedding Day: Not A Dry Eye In The House

Blake Shelton surprised Gwen Stefani with a touching song that he wrote just for their wedding day.

There couldn’t be a more perfect way for Blake Shelton, 45, to share his vows for Gwen Stefani, 51, than with a song. As the couple got married on Saturday July 3, Blake surprised his bride by performing a new song he’d written for her as part of his wedding vows. Carson Daly, who officiated the wedding, shared the details from the moving ceremony on TODAY’s Tuesday, July 6 broadcast.

The host didn’t want to divulge too much from The Voice coaches’ wedding ceremony, but Carson did reveal that he had a bit of hand in why the couple wrote their own vows. “You’re two of the best songwriters in the world. We want to hear your words,” Carson said. He said that Gwen’s vows were incredibly touching, and there was “not a dry-eye in the church.” After Gwen finished, Blake broke out a guitar and said that he wrote the wedding song, “because Gwen’s always giving me a hard time about not writing enough songs.” Even though it was unexpected, Carson said it was a moving moment. “He sings her a song while he’s crying that he wrote specifically for her,” he said. Carson said that Blake’s song moved the audience even further to tears.

Even though the song was written specially for Blake’s vows, Carson said that he’s hopeful that it could end up on a future album for the country star. He said that Blake texted him the next day to say that the song was called “Reach the Star.” 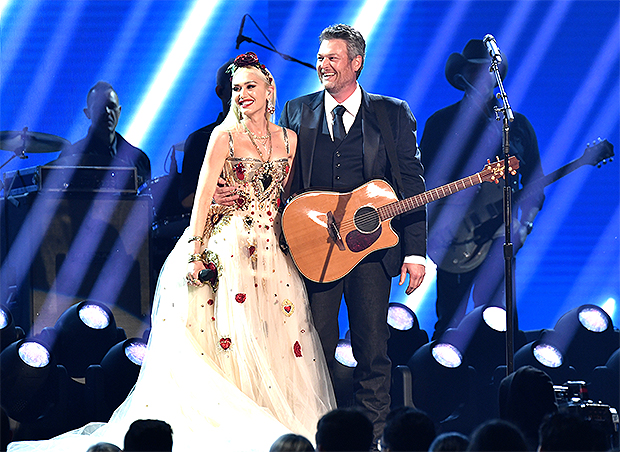 Along with a montage explaining how the two stars met and fell in love, Carson shared his perspective on the wedding, which sounds delightful.  “The ceremony was a perfect blend of country and glamor, of course. Just like Blake and Gwen,” he said. “It was as elegant and refined and cool as Gwen is,  it was as country and down-home and fun as Blake is.”

Carson did joke about how different the two stars seem on the surface (especially when you consider their different musical backgrounds), but Gwen and Blake make a perfect pair. “They’re like if you paired delicious fried-chicken with a glass of champagne. On paper—on the menu—it doesn’t seem to work, but it works! They’re comfort food with class,” he said. 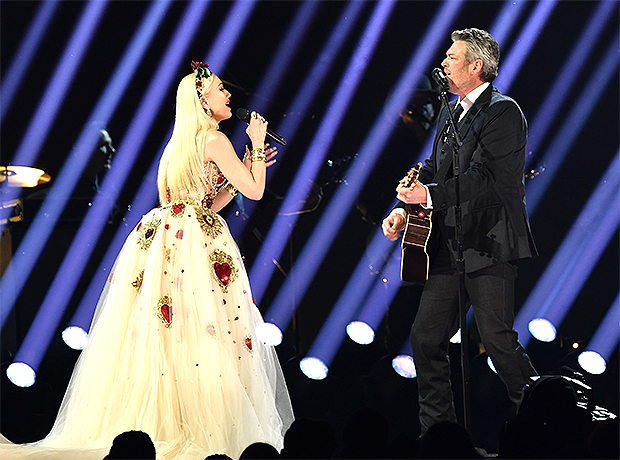 The song is only the latest news to come out about The Voice coaches’ wedding. Blake and Gwen wed at an Oklahoma ranch over the holiday weekend. Gwen looked absolutely gorgeous in both her wedding gown (Vera Wang) and reception dress (Vera Wang Haute). Meanwhile, Blake looked dapper. He played into his country roots, dressing up a dark pair of blue jeans with a suit.