Home » Blue star Lee Ryan says 'too broke to pay £1,500 fine over who was driving Merc'

Blue star Lee Ryan says 'too broke to pay £1,500 fine over who was driving Merc' 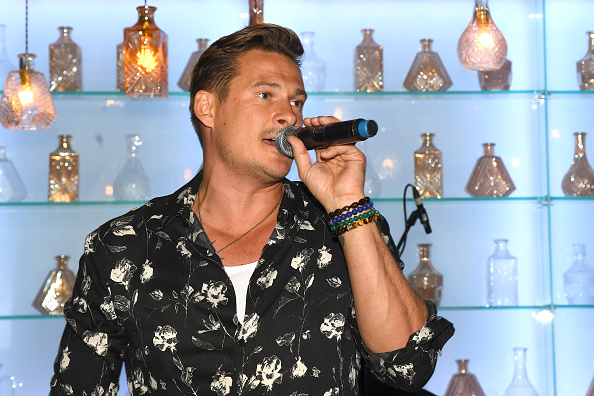 Lee Ryan has claimed he is too broke to pay a £1,500 court fine as the Covid-19 pandemic has left him with no money.

The Blue star appeared at Peterborough Magistrates’ Court via remote link from Spain on Thursday, where he was disqualified from driving for 12 months and fined £660 for failing to provide information about who was behind the wheel of his car.

When ordered to pay £1,501, including court costs, the 37-year-old said: ‘I just don’t have any money’ and explained he was ‘out of work at the moment due to Covid’.

Presiding Justice Alison Marsh said that magistrates took into account that the music industry was ‘severely hit’ by the coronavirus pandemic and decided to charge the singer for one offence, meaning the fine was less than it could have been.

Marsh listed the £660 fine, £66 victim surcharge and £775 prosecution costs; however, Ryan said: I’m not working. I mean, they’ve stopped the gigs. I don’t have any gigs. They’ve stopped everything because of the pandemic. There’s still no shows going on.’

He was asked if it would be unreasonable to think he may have some savings, and he said: ‘No, I spent them all in Covid.’

Ryan was told that if the money is not paid, he can be brought back to court and could be sentenced to prison time.

These charges were dismissed as no evidence was offered to prove who was driving.

The All Rise singer was found guilty by magistrates of failing to give information relating to the identification of the driver when required.

Ryan insisted that he had sent off the required information, and told the court that his girlfriend Verity Morley had the use of his vehicle ‘because she was going up and down the country in the car with her job’, saying: ‘I gave her my car because I thought it was safer than her own.’

Alison Marsh said it is accepted that Ryan was the owner of a Mercedes in August and September last year and that he did not advise the DVLA of changes of address in 2020.

She accepted it may not have been a ’deliberate act’, but said that the legal requirement that the DVLA has a correct and up-to-date address for you applies to everyone.

Marsh said: ’It is disputed that you responded to the request for details of the driver speeding on the 8th of August and the 22nd of August 2020.

‘The defendant agreed that he had not advised the DVLA of his changes of address in 2020, which is a legal requirement.

‘We feel he has confused Verity’s speeding in his car on the 5th September [2020], which she received points in March this year, with these offences, and we conclude he has failed to provide information relating to the driver’s identity on the 8th August and the 22nd August [2020] as legally required to do.’

Ryan was given two lots of six points against his licence, resulting in a disqualification from driving for 12 months.

The star had previously been banned from driving for two years in 2014.

Following his court appearance, Ryan took to Instagram to say: ‘I am broke and I have no money due to the pandemic – but that’s [nothing] to be ridiculed for.’

He wrote: ‘Many have lost so much due to pandemic – just because I’m famous does not mean I should be mocked in the press for it- I never asked for covid. It’s ruined so many lives including Mine.’

Ryan is currently living in Spain with his girlfriend Verity and their newborn daughter, as well as his 14-year-old daughter from a previous relationship, Bluebell.

Ryan is best known as one quarter of the boyband Blue, who had hits with songs including One Love, If You Come Back and Breathe Easy.