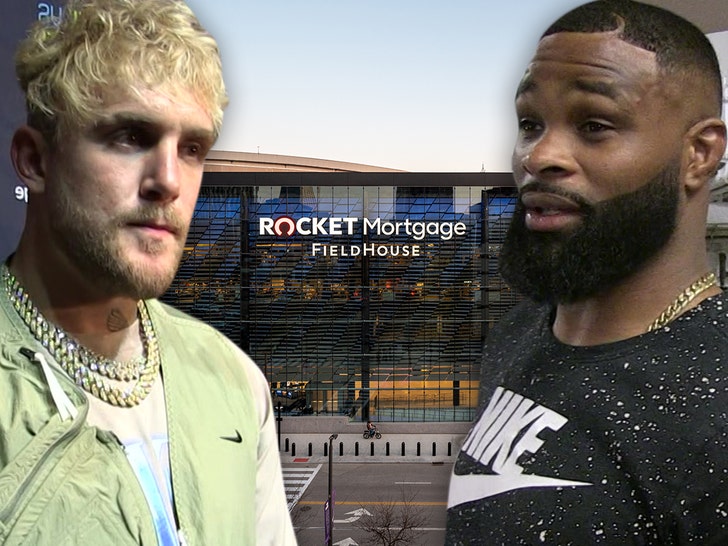 An hour before Jake Paul and Tyron Woodley took the ring Sunday night, a man contacted police and said he planted 17 bombs around the arena and was going to blow the place up, TMZ Sports has learned.

According to a police incident report, cops got a call from a person claiming to be from Afghanistan around 10:15 PM … stating he placed pipe bombs underneath the stage, in the bathrooms and under seats at Rocket Mortgage FieldHouse in Cleveland, where the fight went down.

The man — who said the bombs were going to go off in minutes — told cops he was targeting non-believers, who he believed should be killed. He told police Paul was a non-believer.

The caller stated he planted the devices 1.5 hours before the event started.

At one point, the caller told authorities they should evacuate the arena … as the bombs were about to detonate.

Police dispatched the bomb unit — including a bomb sniffing K9 — and swept the building.

Thankfully, it seems it was an empty threat or terrible prank … ’cause no explosive devices were located.

A police spokesperson told us no arrests have been made … and the investigation is ongoing.

As for the action in the ring, Paul beat Woodley via split decision. The fighters seemed to agree to a rematch — assuming Woodley gets a tattoo that says “I Love Jake Paul” on his leg.