Even as her conservatorship battle wages on, Britney Spears got some fresh air with her boyfriend Sam Asghari over the weekend.

Britney Spears, 39, and her boyfriend Sam Asghari, 27, made the most out of their weekend and enjoyed a romantic hike together. The “Toxic” singer posted three photos from a recent woodsy adventure the couple took on Sunday July 11. Britney looked sporty for the outdoors activity, she rocked a pair of gray short-shorts, a Navy blue Queen t-shirt, and a pair of sneakers. Meanwhile, Sam sported a ‘Hang Loose’ tank, black athletic shorts and white sneakers.

Despite all the difficulties she’s currently facing in her conservatorship battle, Britney looked very happy as Sam put his arm around her in the first photo. In the second shot, she got really cozy and cuddled right up to him. The third picture was a solo photo, where the popstar was posing with her hands in the air on top of a pipe, letting the scenic backdrop really soak in. She also joked that her boyfriend “looks like such a dad in these pics.” Sam also commented a jokey nickname for himself: “Dadgari.”

The hiking photos were posted, as Britney’s conservatorship battle has heated up. Britney’s manager, Larry Rudolph, and court-appointed lawyer in the conservatorship, Sam Ingham, both stepped down from their respective positions on July 6. Despite recent withdrawals, Britney’s temporary care manager Jodi Montgomery has made it clear that she doesn’t plan to step down, even as she’s received death threats. Court documents revealed that Britney had texted Jodi, asking her to stay on as her co-conservator. Britney has reportedly sought help from high-profile attorney Mathew Rosengart. Britney allegedly signed a court document requesting to make Mathew her lawyer in the conservatorship battle, according to TMZ. Britney’s mom, Lynne Spears, has shown support for the singer hiring her own lawyer. 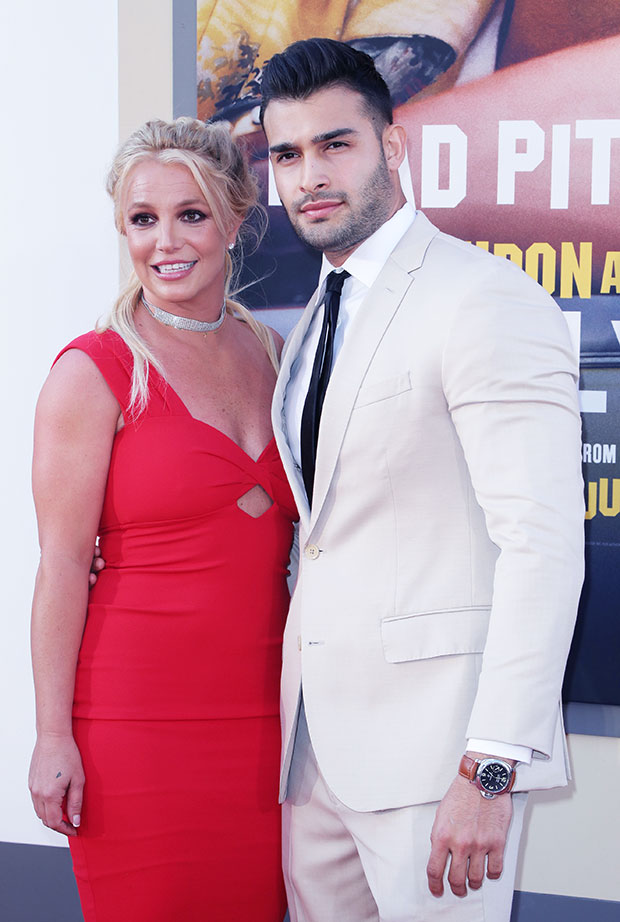 Even as the conservatorship battle wages on, Britney has kept posting herself in cute outfits and occasionally sending messages to fans. She showed off a hot-pink catsuit in a since-deleted Instagram video on Saturday July 10. She also told haters to “kiss my a**,” in an Instagram post, after people commented that she posted a bathtub picture, where it looked like she’d edited out a tattoo on the back of her neck. “I edited out my tattoo on my neck cause I wanted to see what it would look like clean,” she wrote in the July 8 Instagram caption.