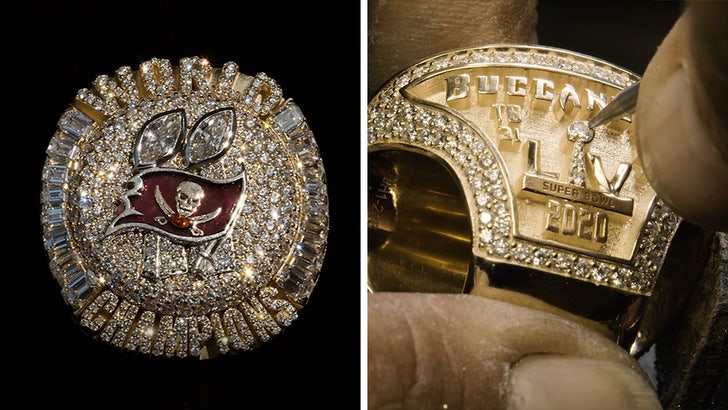 Tom Brady‘s seventh Super Bowl ring just might be his best one … ’cause the QB and the Bucs’ championship bling was finally revealed Thursday night, and the ice is INSANE!!

TB12, Rob Gronkowski and the rest of the squad received the rings at a party in Tampa Bay … and even the guys who are used to big title drip were blown away by the pieces.

TMZ Sports has learned … the ring — created by Jason of Beverly Hills — features a staggering 319 total round diamonds on the top, which was a nod to the Bucs’ 31-9 Super Bowl LV win over the Chiefs.

The top also unscrews to reveal a hand-engraved, 3D Raymond James Stadium … making it the first-ever Super Bowl ring with a removable piece.

There’s also 8 emerald diamonds on each side of the ring to represent the 8-game winning streak the Bucs went on to close out the season … and there are inscriptions all over the bling including the words “historic” and “trust, loyalty, respect.”

And, the guys were clearly thrilled with the final product — check out how running back Leonard Fournette could not get enough of the jewelry with his teammates!!! 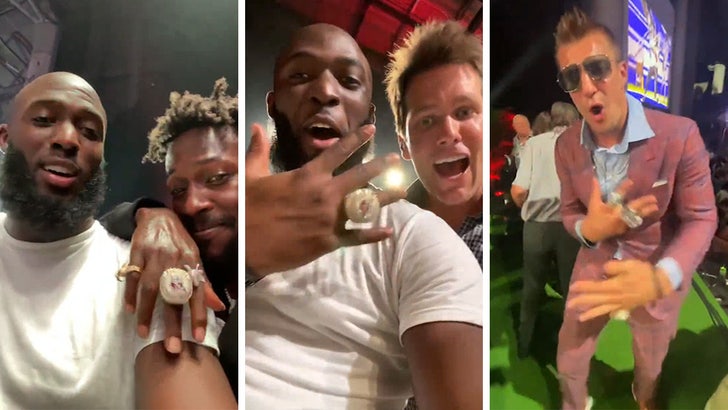 Brady spoke at the ceremony after getting the ring … and in true Tom fashion, he admitted he’s already thinking about what No. 8 is going to look like, telling a story about how he learned his favorite ring is “the next one!”

The future Hall of Famer then capped off his speech while nodding to his teammates … “Love you. Proud of you. Let’s f***ing go.”

The road to a Bucs’ potential repeat begins in September … getchya popcorn ready!