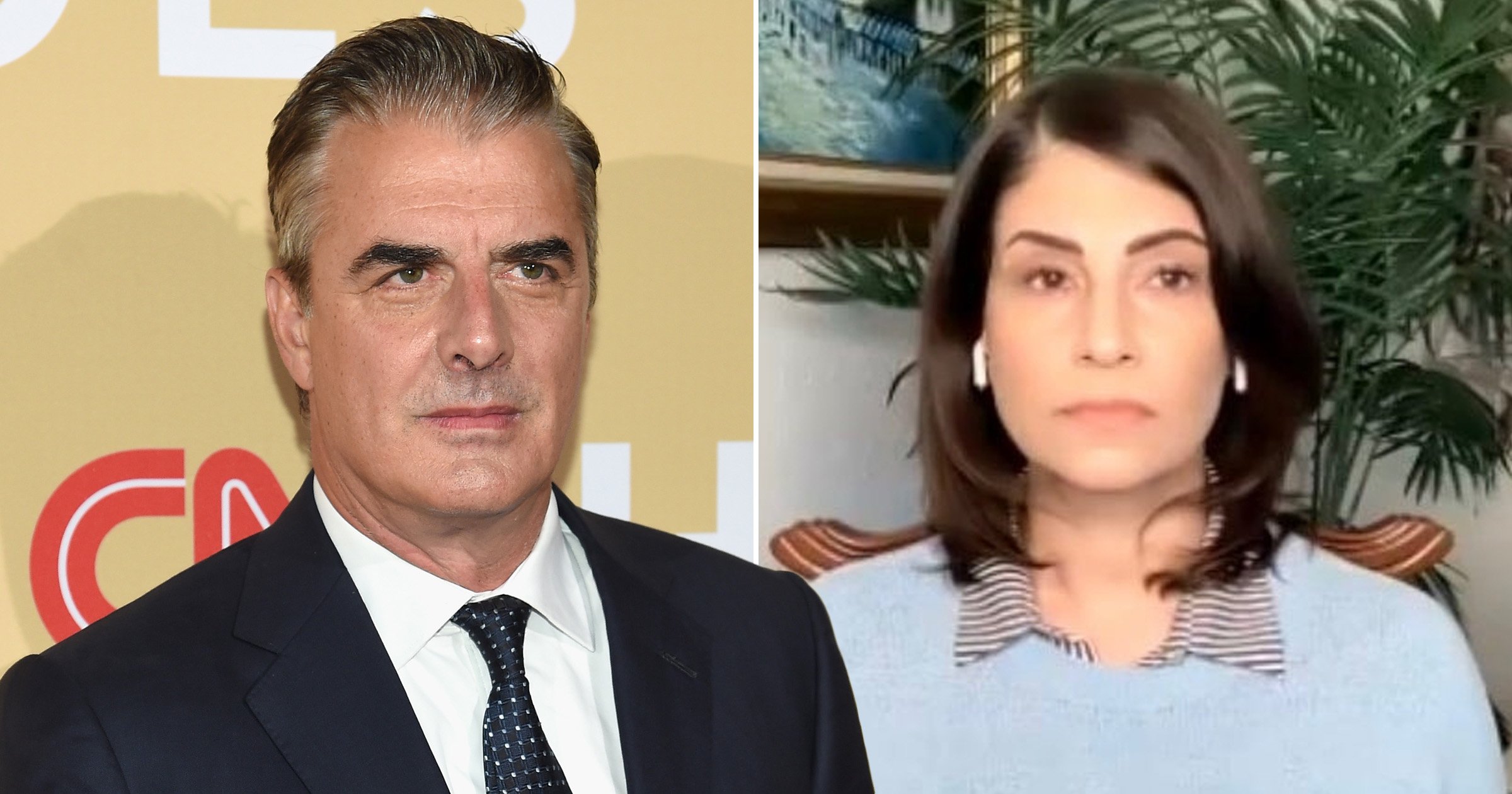 Sex and the City star Chris Noth has been accused of sexual assault by a fifth woman, singer-songwriter Lisa Gentile.

The actor is best known for playing Mr Big in Sex and the City and, most recently, in its reboot, And Just Like That.

During a press conference with her attorney Gloria Allred, Gentile claimed she had been ‘sexually victimised’ by Noth in 2002.

She said she met Noth when they both frequented a restaurant in New York and that, one night, he came back to her apartment.

‘He started kissing me almost right away,’ she said. ‘Then he leaned against the kitchen countertop and forcibly pulled me against him.

‘He was slobbering all over me. I quickly became uncomfortable. Then he became more aggressive and put both hands on my breasts and began squeezing them very hard over my shirt.

‘He quickly went under my shirt, and began squeezing them even harder over my bra with his fingers grabbing the exposed skin, not covered by my bra. Then he pushed my bra up with both of his hands.’

Gentile said she tried to get Noth to stop, and that when she ‘finally managed to push him away’, he became angry and ‘stormed out’ of her apartment.

She claimed that Noth later told her that, if she ‘ever told a soul about what happened the night before, that he would ruin my career, I would never sing again and he would blacklist me in the business.’

Gentile said that, while she was previously afraid to come forward, she is speaking out in support of the other four women to accused Noth.

Noth has not addressed Gentile’s accusations, but previously denied other allegations against him.

He said in a statement shared with Metro.co.uk: ‘The accusations against me made by individuals I met years, even decades, ago are categorically false.

‘These stories could’ve been from 30 years ago or 30 days ago — no always means no — that is a line I did not cross. The encounters were consensual. It’s difficult not to question the timing of these stories coming out.’

He added: ‘I don’t know for certain why they are surfacing now, but I do know this: I did not assault these women.’

Since the allegations, Noth has been dropped from his talent agency and was axed from The Equalizer.

The Sex and the City cast have also shared a statement in support of the women who have come forward.

Sarah Jessica Parker, Cynthia Nixon and Kristin Davis, who played Carrie, Miranda and Charlotte in the hit US show, acknowledged the difficulty of sharing the ‘painful experiences’.

‘We are deeply saddened to hear the allegations against Chris Noth,’ the trio posted on social media.

‘We support the women who have come forward and shared their painful experiences.

‘We know it must be a very difficult thing for them to do and we commend them for it.’

Metro.co.uk has contacted reps for Chris Noth for comment.