What are we feeding our kids?

Somebody had to say it. There are far, far more fat people in Britain than ever before — and a frightening number of them are children.

It’s not judgmental to say so. It’s simply the truth — and a dangerous fact. About a fifth of adolescents are now clinically obese.

Childhood obesity often leads to a lifetime of serious health problems, a catastrophe both for individuals and the overstrained NHS. 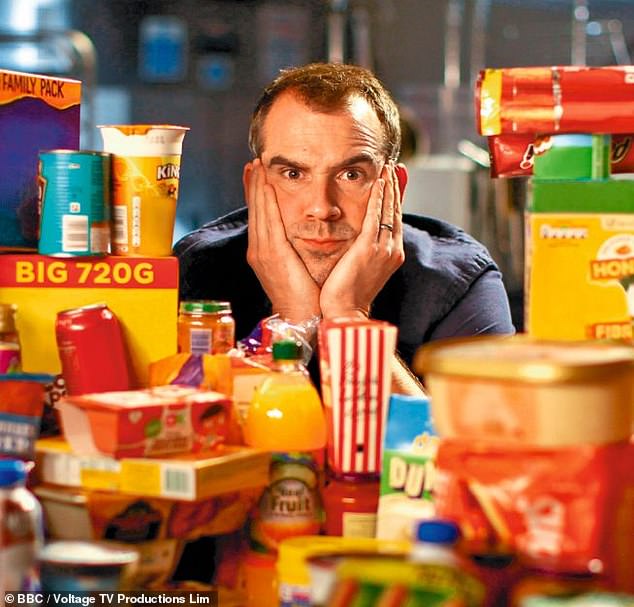 Dr Chris van Tulleken was brave to tackle the topic in a one-off dietary documentary, What Are We Feeding Our Kids? (BBC1) 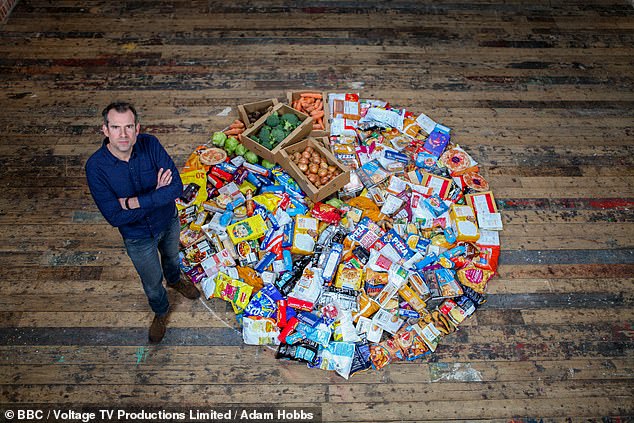 He lost the weight after filming was over, but brain scans showed signs of permanent damage

But we’ve become so terrified of social media backlash from the perpetually offended Twitter mob that medical debate is stifled for fear of being misinterpreted.

Any words that imply criticism are banned. Even the Beano, the essence of innocent cheekiness, has plans to rename one of its best-loved characters. Fatty of The Bash Street Kids is to be called Freddy.

So Dr Chris van Tulleken was brave to tackle the topic in a one-off dietary documentary, What Are We Feeding Our Kids? (BBC1).

A father himself, he wants to know why small children are at much greater risk of obesity and its life-threatening consequences, such as diabetes, than his own generation was. The answer is not plain greediness. ‘People haven’t suddenly lost moral fibre over the past 30 years,’ he said. ‘It’s about what is there, available for you to eat.’

That means the buckets of chicken nuggets, cartons of chips, pizzas on polystyrene boards (often the tastiest bit) and bland mega-burgers packing 1,000 calories or more in a handheld box.

This ‘ultra-processed food’ is physically addictive, acting on the same reward centres in the brain as cigarettes or alcohol.

To test its effects, Dr Chris gleefully embarked on a masochistic diet of takeaways and instant noodles. He loves these experiments on his own body. To Dr Chris, medicine is an extreme sport. In another age, he’d be injecting himself with yellow fever to test a vaccine.

But the speed at which pre-packaged food wrecked his health was alarming. ‘I know I’m going to finish this and immediately want another,’ he said, scoffing a microwaved lasagne. ‘I’m not enjoying it but I can’t stop.’

The science behind this moreishness is sparsely understood. Dr Chris talked about hormonal changes and ‘hyper-palatability’, but no one really understands why ultra-processed food makes people pile on weight: the presenter gained a stone in four weeks. 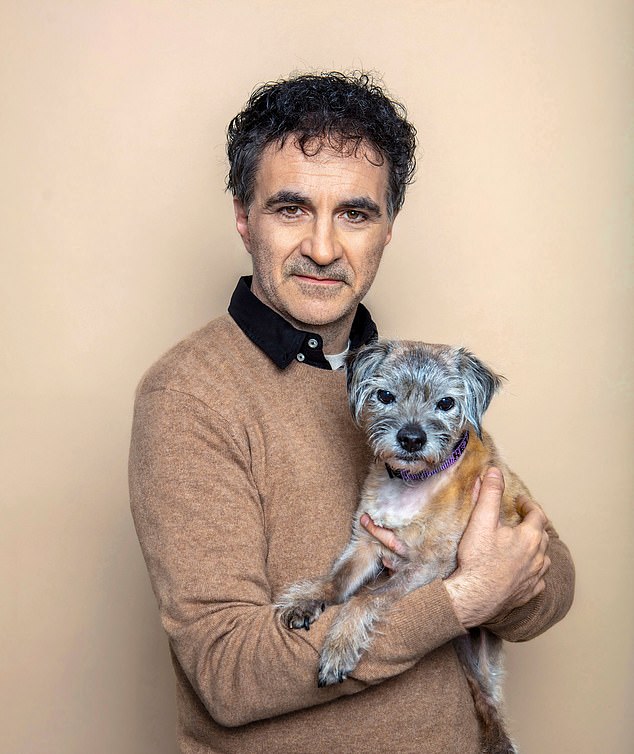 Animal surgeon Noel Fitzpatrick was also being put through the wringer in Supervet Special: Saving My Dog (C4)

He lost the weight after filming was over, but brain scans showed signs of permanent damage. The new neural pathways that traced his burgeoning lasagne addiction were not fading.

Ready meals and chicken burgers shaped like dinosaurs are convenient and cheap. But addiction is a scary price to pay.

Animal surgeon Noel Fitzpatrick was also being put through the wringer in Supervet Special: Saving My Dog (C4).

The pioneer of prosthetics for injured pets was forced to operate on his own beloved border terrier, Keira, after she was run over by a driver outside his Surrey practice late last year.

Film of the poor creature shrieking in pain in the aftermath of the accident was harrowing. If it was too much for you to bear, I don’t blame you: I had to force myself to watch.

Noel’s own distress was upsetting, too. For the first few days, he was too distraught to be much help to his team of vets, though he did carry out the later surgery to repair 13-year-old Keira’s pelvis — scolding himself throughout the operation.

Keira is making a gradual recovery. I understand why Noel wanted to film the treatment, but I question the value of airing it so soon after the accident.