Prince William: A Planet For Us All

In The Face Of Terror

Shellfish and the Duke of Cambridge don’t get along. He turned a delicate shade of green on a Welsh beach at the sight of mussels, in his campaigning documentary, A Planet For Us All (ITV).

An invitation to dive for scallops provoked mild panic at the thought of having to wear a wetsuit.

But that was nothing compared to his reaction to the words ‘Billingsgate fish market’. 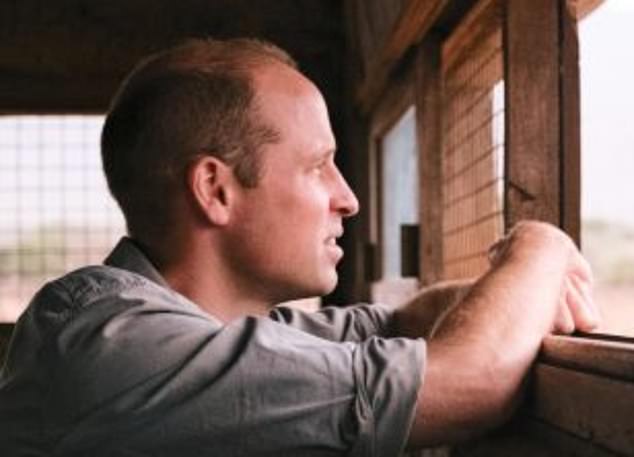 The Prince was open about how becoming a dad has tempered his former love of parties. ‘Fatherhood has given me a new sense of purpose,’ he said. He is pictured at the Mkomazi National Park, Tanzania in 2018

His Royal Highness practically came out in hives at the thought of the place on Canary Wharf in the East End.

He once ate ‘jellified eel’ there at 5am while suffering from a hangover, he told a Scottish fisherman.

‘I was quite a bit younger,’ he pleaded in mitigation. The implication was that this was a royal duty rather than drunken initiation rite.

But Prince William did his work experience in the City of London when he was 22, in 2005. Financial traders have been known to finish off an all-night bar crawl with breakfast at the fish market.

Is this, perhaps, how the jellied eel stand came briefly to be By Royal Appointment?

The Prince was open about how becoming a dad has tempered his former love of parties. 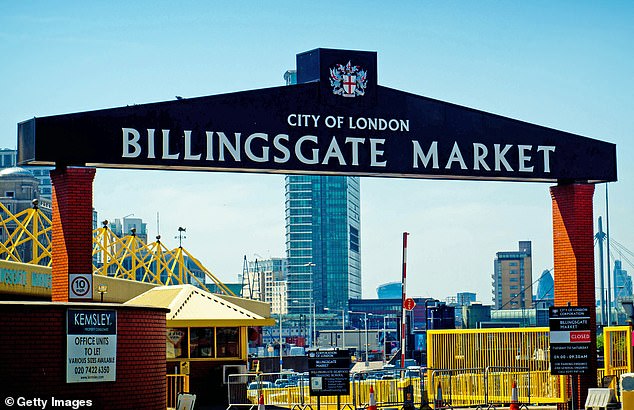 An invitation to dive for scallops provoked mild panic at the thought of having to wear a wetsuit. But that was nothing compared to his reaction to the words ‘Billingsgate fish market’

‘Fatherhood has given me a new sense of purpose,’ he said. ‘Your outlook does change.’

In a documentary two years in the making, which was still being tweaked in the editing suite until last week, William steered a careful course. He was anxious to avoid taking an overtly political stance while making sure his statements avoided empty jargon or blandness.

The closest he came to controversy was an admiring namecheck for eco-activist Greta Thunberg.

There wasn’t the slightest reference to his brother Harry — no mention when he talked about his childhood memories or his love of Africa.

But his sibling’s recent video statements on the American elections and ‘structural racism’ must have been on William’s mind, as an example of the sort of programme he didn’t want to make.

Instead, he cleverly let schoolchildren do much of his talking for him. Ten-year-old Liverpudlian Elliott spoke with upbeat energy about how he and his friends inspired their whole school to plant wildflowers and encourage insect life in the inner city.

William visited them at All Saints Catholic Primary School where pupils were putting the finishing touches to an insect haven they called Bugingham Palace.

The Duke planted a Union flag on the roof and revealed that, if he could be an insect, he’d be a millipede, so he could have lots of shoes . . . with, presumably, an army of busy bees to keep them polished. 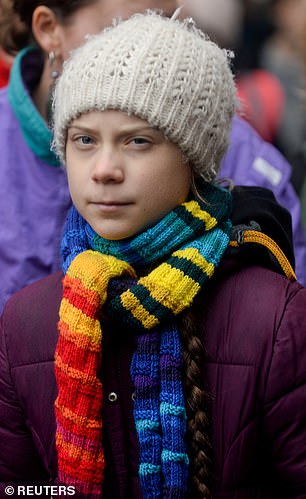 At moments, William’s message veered towards the apocalyptic, as he contemplated the disappearance of East Anglia or the disruption of water supplies for a billion people owing to climate change.

Mostly, though, the tone was light and hopeful — something that could never be said of In The Face Of Terror (BBC2), the first of a three-part portrait of British and American families whose adult children were murdered by Isis.

The documentary opened with the saddest of images, in the snow of New Hampshire, as parents John and Diane Foley prepared to leave the home they had shared with journalist son, Jim.

He was held captive in Syria and tortured, before being executed by Mohammed Emwazi, the psychotic Londoner known as ‘Jihadi John’. Foley’s beheading was filmed and released as Isis propaganda.

The account of his suffering, described by freed captive Pierre Torres, was appallingly bleak. So was the emotional despair of the parents of Kayla Mueller and the brother of David Haines, humanitarian workers who were also murdered.

Their accounts made for deeply worthwhile but tough viewing.