Danny Jones became internationally famous in 2004 as a member of pop-rock McFly. The ban rose to fame after supporting band Busted on their tour. The guitarist and vocalist announced in 2013 that he was engaged to model and former Miss England Georgia Horsley. The couple were married just over a year later in North Yorkshire and had a son, Cooper, born in 2018. But now the Miss England model has revealed how she avoided sex for a year after she became pregnant with her first baby.

Georgia Horsley featured on Zoe Harman and Georgia Dayton’s Made by Mammas Podcast on March 11 this year.

Speaking on the podcast, she shared her candid experiences of the highs and lows of parenthood, admitting she and Danny did not have sex for a year after her son was born.

Georgia Horsley (now Georginal Jones) has 117K followers on Instagram and 81.1K on Twitter, sharing a lot of images and anecdotes about son Cooper, who is now almost 17 months old. 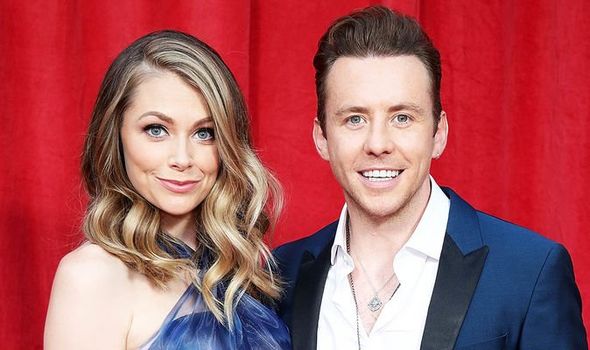 She confessed: “We can’t have had sex for a year at one stage because after you have your baby you’re healing and after two months into getting pregnant we didn’t have sex.

“We’re a very touchy feely couple. He was alright he got what he needed!

“We are a very kissy and cuddly couple so we still had that intimacy.

“I do think sometimes you’re not getting on very well with your other half, I know that we just need to have sex.

“Even if I don’t really want to have sex that day, just so I can be like ‘oh yeah, I fancy you again’.” 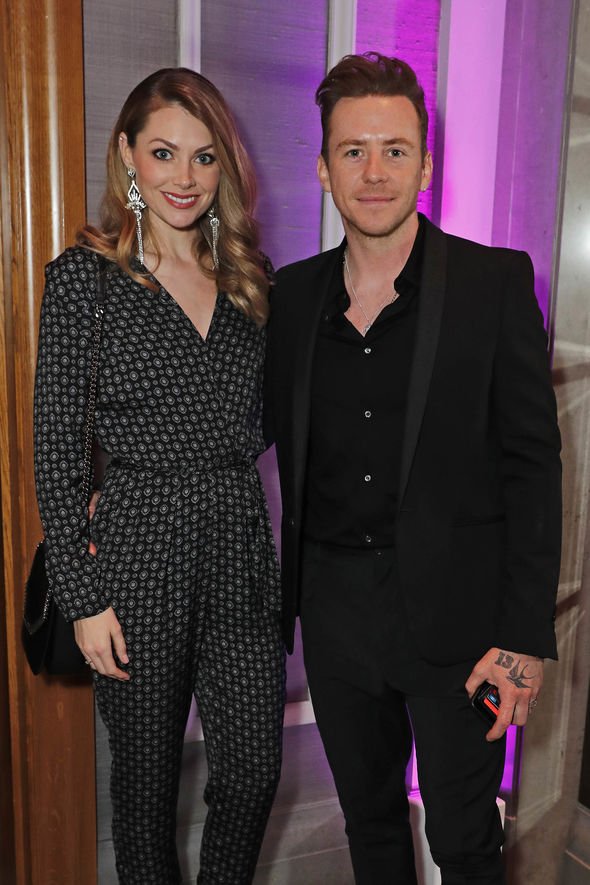 She also revealed husband Danny had been very anti-marriage when they first starting dating because of his parent’s divorce.

She added because of that the couple had a policy to always share when one another is upset or angry with the other, as that is what had caused problems with the McFly’s stars parent’s marriage.

She said the couple also make a point of spending time doing the things they enjoy together. 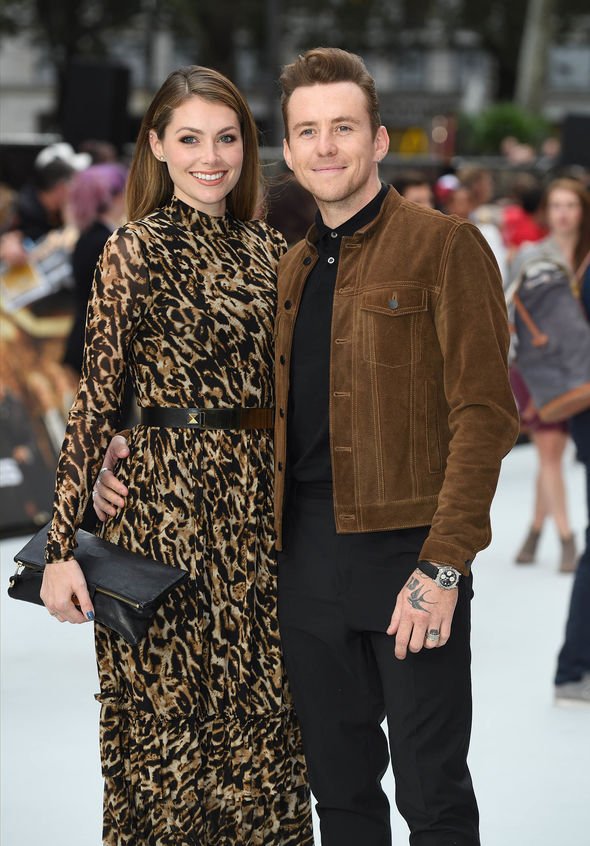 She said: “We do make time to spend together so we can go and have brunch and sit and talk.

“It’s so funny. Danny’s turned into a morning sex person since kids.

“Before he wouldn’t have ever woken up to have sex in the morning because he’s so not a morning person but now he hasn’t got a choice.

“So now he is Mr Ready to Go in the morning.

“That’s the best time for me so I’m like ‘brilliant so now I can get on with my day’ and I’m too knackered by the end of the day. So just do it in the morning – brilliant.” 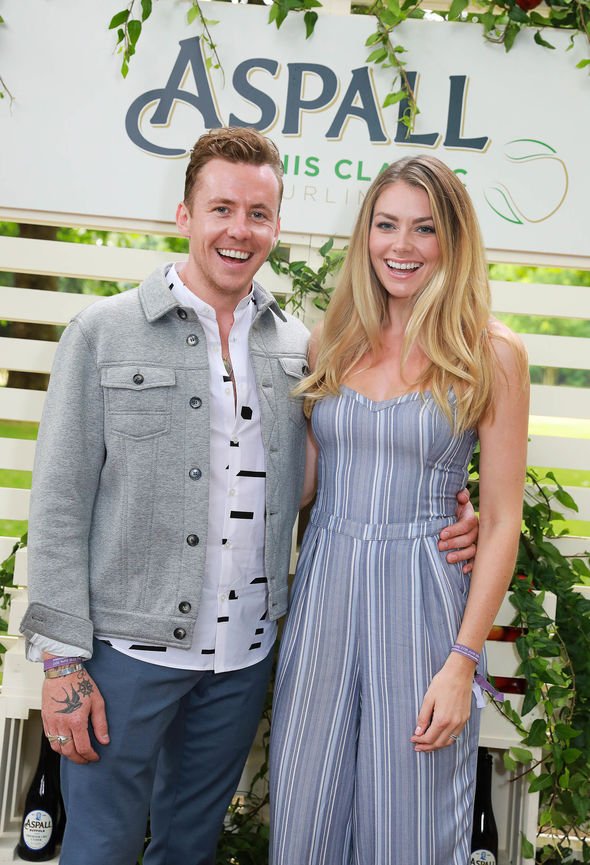 She added that her sex life had changed a lot during her pregnancy as well.

Speaking on the podcast, she said: “Danny would not come near me and I wanted it, which was unusual, because it’s usually Danny wanting it more than me.

“He was just scared of hurting the baby. Not that you can hurt the baby.” 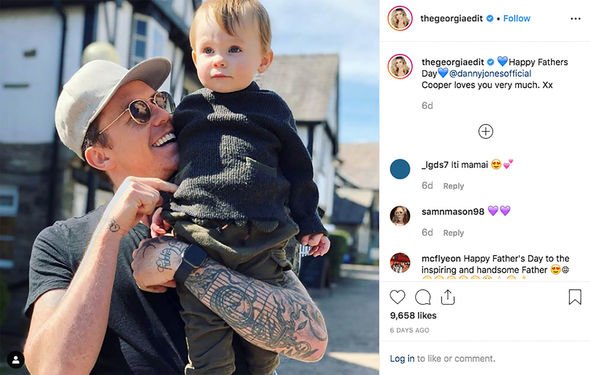 The wife of the Voice Kids judge also shared details about how she struggled to bond with son Cooper initially.

She said: “I only had a four hour labour and I didn’t have that initial feeling of ‘Oh my god I’m so in love with you I can’t imagine the world ever without you’ feeling.

“I didn’t have that initial feeling.

“I felt love for him, I felt that I love this tiny little person. But I didn’t know him and I was like ‘you were in my womb but I’ve never met you before’ and I had to get to know him. 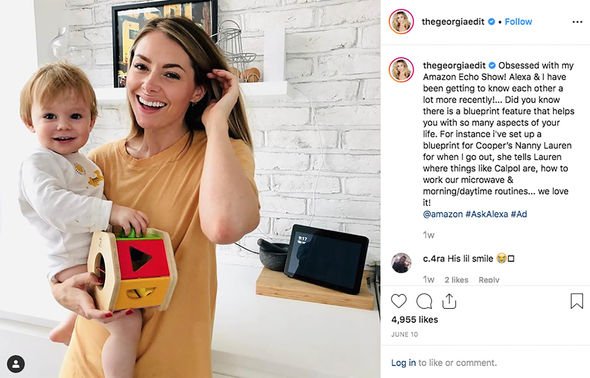 “It was only a month down the line that I felt that unbelievable, almost painful love, ‘OMG I couldn’t imagine anything happening to you my life would end’.

“That grew for me and came over time. And I beat myself up for that a little bit because no-one ever mentions that and you’re just a bit like is that just me? Have I got postnatal depression?

“You feel like that and then your hormones kick in and you’re like what on earth has happened to my body.”

But luckily for the star, she had a strong support system in her marriage, her family and her friends.

Georgia’s husband will be on TV tonight featuring as one of the judges on The Voice Kids.