Dave Bautista might have just stuck himself between The Rock and a hard place.

The “Guardians of the Galaxy” star, who plays Drax the Destroyer in the Marvel films, trashed the possibility of appearing in “The Fast and the Furious” franchise during a Twitter exchange over the weekend.

“I’d rather do good films,” he wrote in a hashtag.

The comment came about when a fan suggested he portray the villain in a “Fast and Furious” movie with Dwayne “The Rock” Johnson and John Cena.

Bautista, a former WWE wrestler, responded with a vomiting emoji and the words “thank you for your consideration.”

Johnson has been an integral part of the “Fast and Furious” series since 2011. The souped-up car-chase franchise has grossed more than $1.5 billion domestically.

Not to start anything, but HuffPost did reach out to a rep for Johnson for comment.

Johnson will appear in a series spinoff called “Hobbs & Shaw” with Jason Statham and Idris Elba opening Aug. 2. Cena and Johnson are teaming up for the ninth installment of “Fast and Furious” to be released next year.

Bautista’s candor earned a clapback from a fan who noted that he appeared in the critically bashed “Escape Plan 2.” But the actor had a comeback ready.

Bautista has knocked “Fast and Furious” before and the acting ability of both Johnson and Cena.

But Bautista and Johnson, who faced each other as pro wrestlers, appeared friendly in this photo at the recent MTV Movie & TV awards. 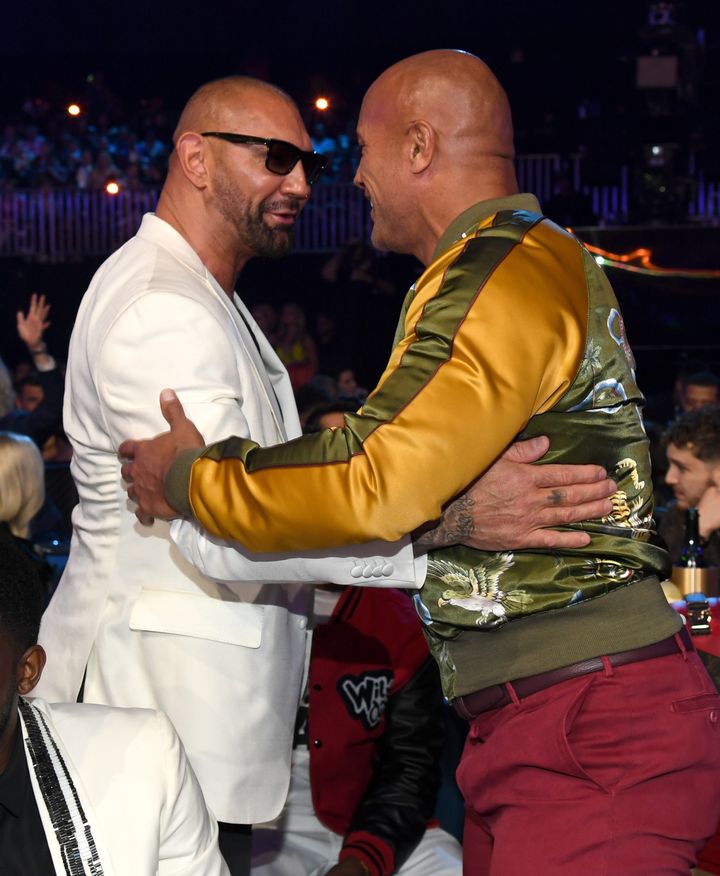