New video footage has emerged of Dave Chappelle’s attacker being detained and taken to hospital, after he tackled the comedian.

In shocking scenes last night, the 48-year-old was performing at the Hollywood Bowl in LA when he was approached on stage by the man in question.

Towards the end of his stand-up show, as part of the Netflix Is A Joke festival, the man suddenly appeared to rush him from the side, before Jamie Foxx leapt on stage to help.

Fresh footage has now emerged of the attacker, whose identity has not been revealed, allegedly being detained by guards in front of a watching crowd.

He was then being placed onto a hospital gurney in another clip and he could be seen with what appeared to be a dislocated arm as he was loaded onto an ambulance, with police officers stationed nearby.

A small audience gathered to make their feelings known on his actions, booing loudly in the video. 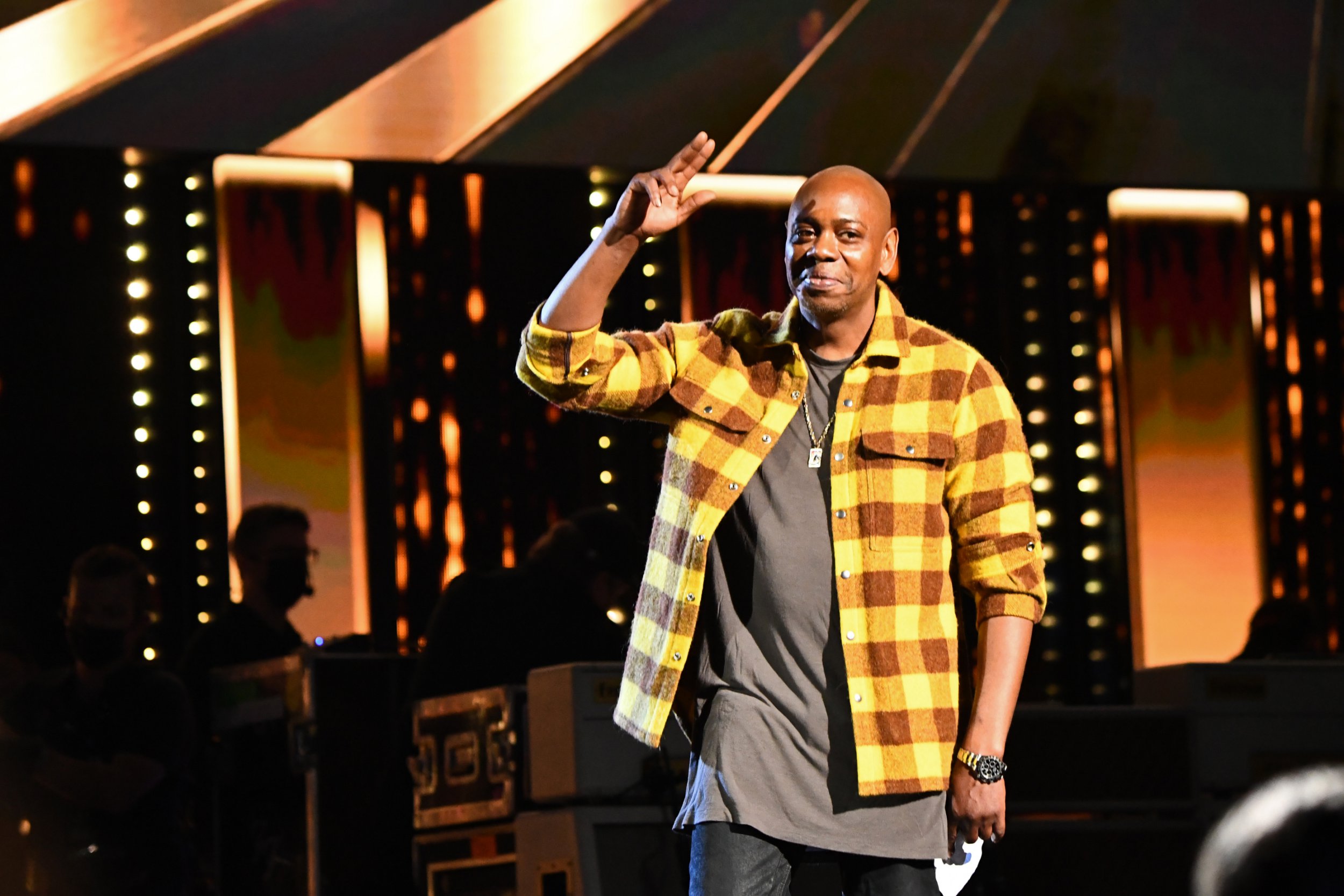 Dave was on stage performing as part of the Netflix festival on Tuesday evening in LA when he was suddenly tackled to the ground in a terrifying moment.

Jamie, who was watching the show, jumped to action and detained the attacker while the comedian quickly recovered.

‘I don’t know if that was part of the show or… I grabbed the back of that n****s head, his hair was spongy, absorbent,’ he continued, before thanking the Django Unchained actor for his quick actions.

‘Listen, I just want to say I’ve had an incredible time. This guy is a genius, we’ve got to protect him at all times, man. This is what it’s about.

‘For every comedian that comes out here, this means everything. You’re a genius, you’re a legend, I enjoyed myself thoroughly and we’re not gonna let nothing happen to you.’

Sharon Carpenter, a journalist based in LA, attended the show and told PA: ‘It looked like someone was dashing across the stage from the side. It was a little hard to see because people were standing up at that point and leaving.

‘But it looked like someone dashed from the side of the stage, lunged at Dave, and all I saw was Dave basically flying in the air.

‘He fell backwards on to his back, with his arms and legs up in the air. He was obviously in shock.

‘We were all in shock. And I thought for a moment “OK, is this a prank?” because they had made some Will Smith jokes.’