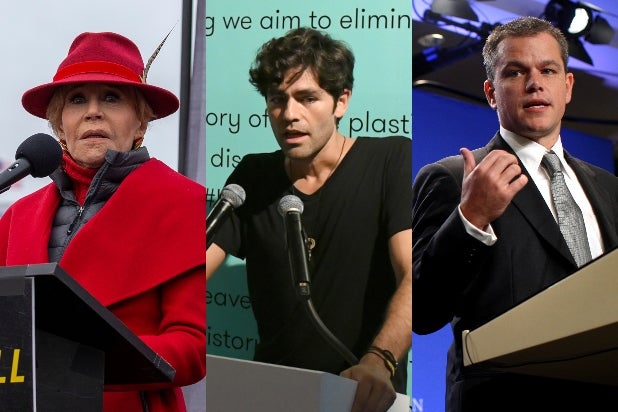 Discovery+ and NowThis are joining forces on a new show, “Action Planet,” which will premiere on Earth Day, April 22, TheWrap has exclusively learned.

The mid-form series will stream on Discovery+ and will highlight the climate activism and work of stars like Common, Jane Fonda, Matt Damon, Joseph Gordon-Levitt, Adrian Grenier and Greta Thunberg. It is produced by NowThis Earth, a NowThis vertical with a focus on “planetary emergencies.” Each episode will be between eight and 12 minutes and will feature an interview with one celebrity about their work in climate and environmental activism.

Fonda’s Fire Drill Fridays will be featured along with Grenier’s Lonely Whale and Damon’s Water.org.

“Our top priority at Lonely Whale is to encourage behavioral change away from single-use plastics so that we course correct towards healthy, thriving oceans,” said Grenier. “Discovery and NowThis have created a visually compelling series profiling real planetary emergencies. We’re grateful to use this new platform to educate viewers about our mission and to inspire people to make a real difference.”

“It is encouraging to see these environmental activists use their celebrity to shine a light on some of the most pressing issues of our time,” said Scott Lewers, who serves as EVP of Discovery+’s of multiplatform programming. “We are thrilled to leverage our new streaming platform to highlight the important work these activists and their organizations are doing to galvanize people around the globe to do their part in keeping our planet – and the beautiful creatures who inhabit it – safe and healthy.”

Stephanopoulos has a point: According to NowThis, the brand’s young audiences are five times more likely to engage with sustainability-focused coverage than any other topic. In the last year, the company said, NowThis audiences have racked up more than 600 million video views on the issue.