Dorinda Medley was the first guest on HollywoodLife’s new ‘Real Housewives’ podcast and she did NOT disappoint!

We couldn’t think of a better way to kickstart HollywoodLife’s new Real Housewives-focused podcast, Pay Attention Puh-Lease!, than to have Real Housewives of New York City alum Dorinda Medley on as our first guest. And when we say she “made it nice”, we’re not just trying to use her trademark saying — she truly delivered.

Dorinda called in from inside her Berkshires estate, Blue Stone Manor, where she opened up about her exciting new memoir, Make It Nice, which she wrote while taking a “pause” from RHONY. But could that “pause” — a term she said producers and Andy Cohen used when letting her go after Season 12 — finally be coming to an end?

Season 13 of RHONY hasn’t been performing well in the ratings and fans, including Meghan McCain, have been begging Dorinda to return. So, will she? She told us, “Never say never,” when we asked her when that “pause” will finally come to an end and whether she’d be open to returning for a potential Season 14. 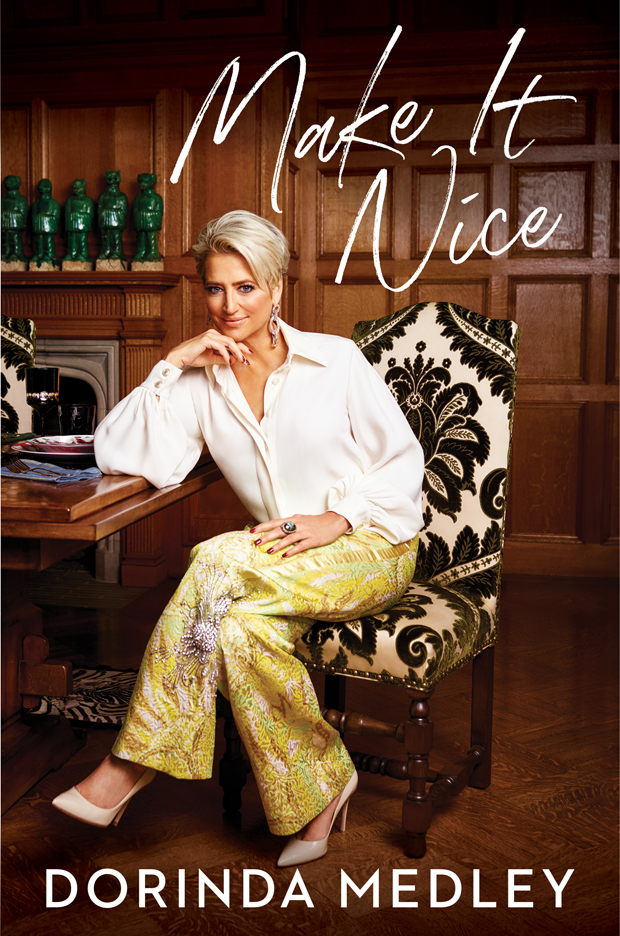 Based on the fact that she diverted the conversation back to her new book, we’re not fully convinced that she’ll be making a RHONY comeback anytime soon. But we can still dream, right?

We also asked Dorinda if she had any regrets about her time on the show since she speaks about some in her book, and she told us, “I think you always have regrets.” But the one that stands out the most to her is the fact that producers “didn’t show” how “overwhelmed” she was by her breakup with John, and the flood damage that affected Berkshires estate. Had it been shown, Dorinda thinks viewers would have better understood why she wasn’t acting like herself throughout the season. In hindsight, Dorinda said she “should have taken the year off”.

But now she’s joining Season 2 of The Real Housewives: All Stars, and we couldn’t be more thrilled. Sadly, the announcement came after our interview, so we didn’t have a chance to ask her about it. But to hear what else Dorinda had to say about her time on the show and an eventual comeback, listen to the full podcast episode here.