Dua Lipa can officially add “runway model” to her resumé.

The pop star made her runway debut last night at Versace’s Spring/Summer 2022 show at Milan Fashion Week. The 26-year-old, who was previously the face of Versace’s fall/winter 2021 campaign, opened the show in an edgy black skirt suit, featuring cutouts held together by neon-hued safety pins. Her look included black platform sandals and was accessorized bright teal graphic outliner and matching drop earrings. 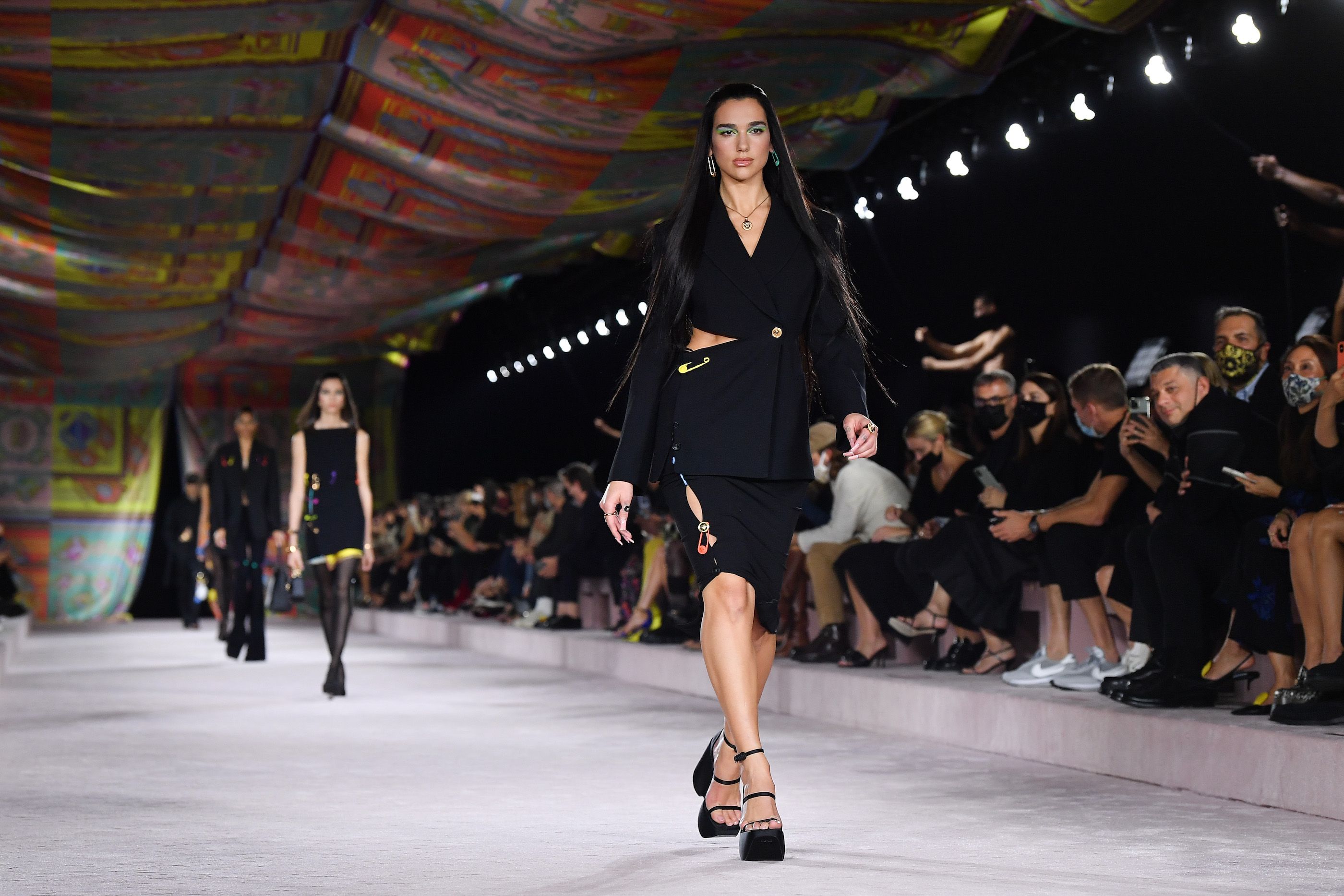 Lipa also closed the show, in a pink metal mesh tank top and matching skirt with a dramatic slit. She also posed with Donatella Versace to finish the show, which was soundtracked by tracks from Lipa’s album Future Nostalgia, according to People. 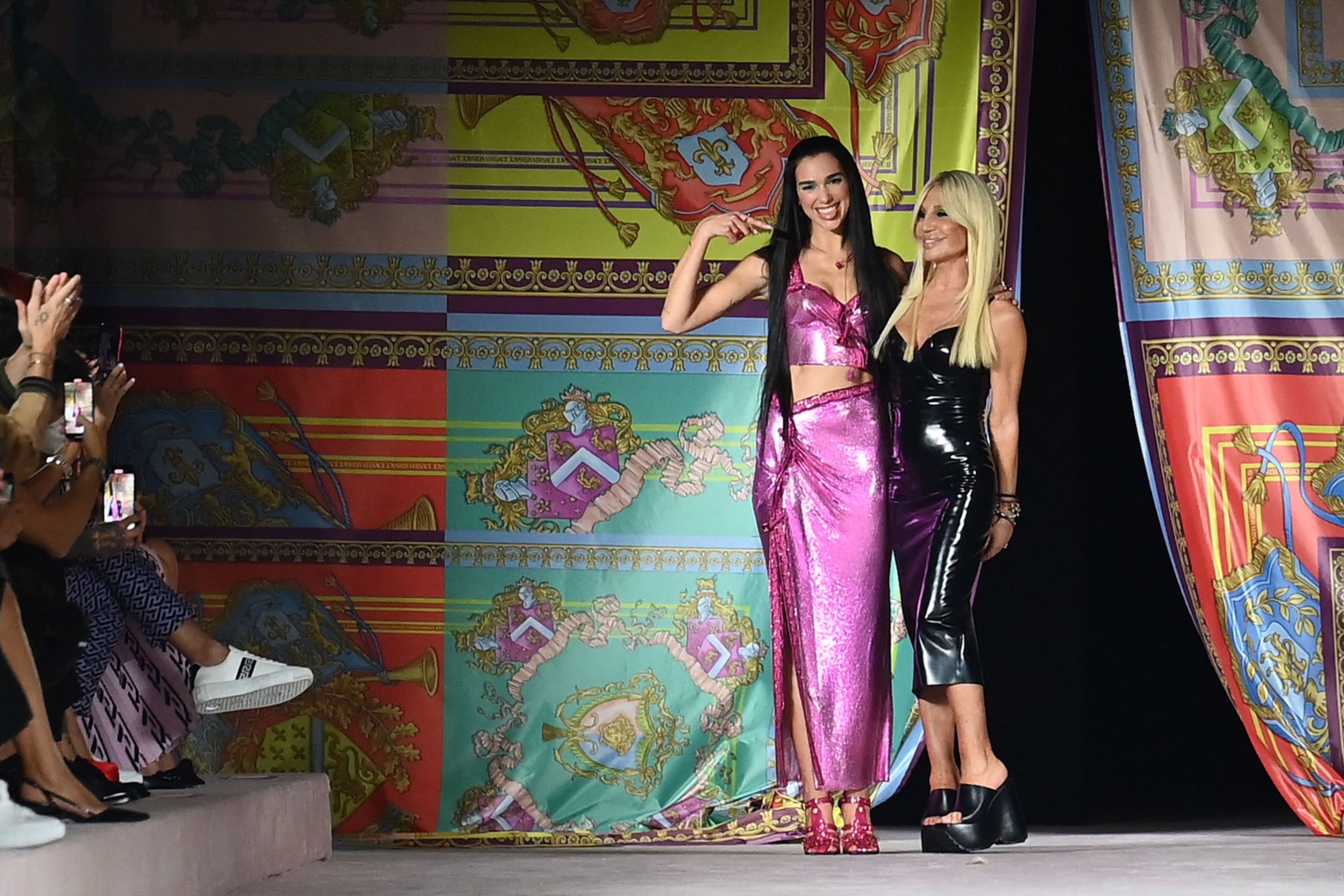 “It has been such an incredible experience to continue my journey with my Versace family from starring in a campaign to now opening the SS22 show! Donatella, it’s been a dream to walk in your beautiful show.” Lipa said in a statement, per People.

Lipa has been dating model Anwar Hadid for over two years, and she is close with both of his older sisters, Gigi and Bella. Both of the supermodels, as well as Anwar and matriarch Yolanda Hadid, posted loving tributes for Lipa’s 26th birthday last month, with describing the singer as “an incredible addition to our family.” Looks like Lipa’s also joining the Hadid’s modeling tradition.