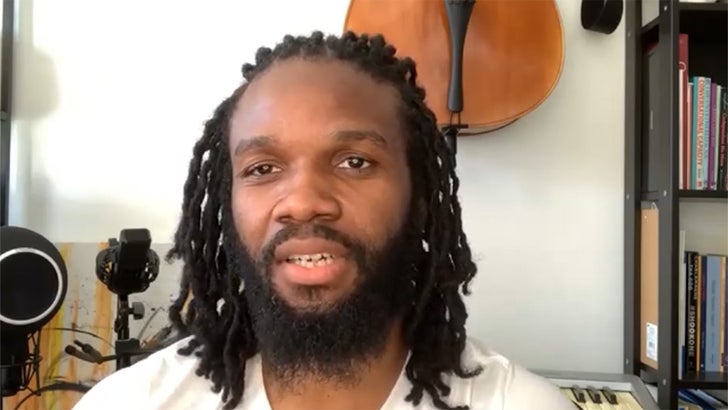 Cops in Aurora, CO targeted Elijah McClain‘s violin vigil to make an example out of nonviolent musicians … so says a famous violinist who saw it all play out.

Lee England Jr. — who Michael Jordan calls “the Michael Jordan of the violin” — tells TMZ … Aurora police made a calculated decision to disrupt the vigil because they knew they had easy targets at a peaceful protest full of musicians and children.

Lee was one of the musicians who trekked to Aurora to pay respects to Elijah, who died last year while in custody of Aurora PD. Elijah was a big fan of the violin, which is why his Saturday night vigil was serenaded by violinists, who played on even after police showed up in riot gear and unleashed pepper spray.

Lee says the sad outcome of the violin vigil inspired him and other musicians to host a private performance for Elijah’s entire family after police ended the protest.

Figuring music was the best way to help the family heal, Lee played the violin for a few hours in front of Elijah’s loved ones at his Airbnb … and as you can see, it was very intimate and moving.