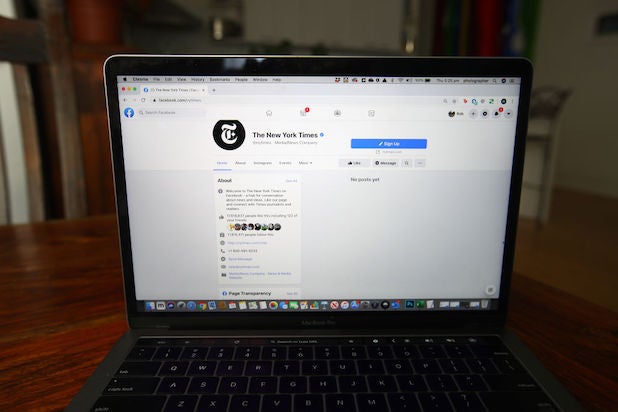 Facebook has banned publishers and users in Australia from viewing or sharing news content. (Photo by Robert Cianflone / Getty Images)

Stephen Scheeler, the former Facebook CEO for Australia and New Zealand, said the company’s decision to ban news links in Australia should never have happened.

“It shouldn’t have happened. But unfortunately it did. But there’s no good answers. If you’re Rio Tinto and you blow up an Aboriginal sacred site, there are consequences, people lose their jobs. But at Facebook nobody ever loses their jobs,” Scheeler, who left the company in 2017, told The Australian. “I’m sad for Facebook in a way, but if you wanted a glaring example of why Facebook needs more regulation, this is it.”

“I’m a proud ex-Facebooker, but over the years I get more and more exasperated. For Facebook and Mark it’s too much about the money and the power, and not about the good,” Scheeler said.

On Wednesday, Facebook announced it would block the sharing and viewing of news articles in Australia as a response to the country’s proposed news media bargaining law.

“The proposed law fundamentally misunderstands the relationship between our platform and publishers who use it to share news content. It has left us facing a stark choice: attempt to comply with a law that ignores the realities of this relationship, or stop allowing news content on our services in Australia,” William Easton, managing director of Facebook Australia and New Zealand, said in a memo. “With a heavy heart, we are choosing the latter.”

The announcement came shortly after Google and Rupert Murdoch’s NewsCorp revealed a three-year partnership, where news content from NewsCorp outlets like the Wall Street Journal, Barron’s, MarketWatch and the New York Post would be provided to the Google News Showcase.