Former world number ones to face each other for the first time at Wimbledon since the 2008 final. 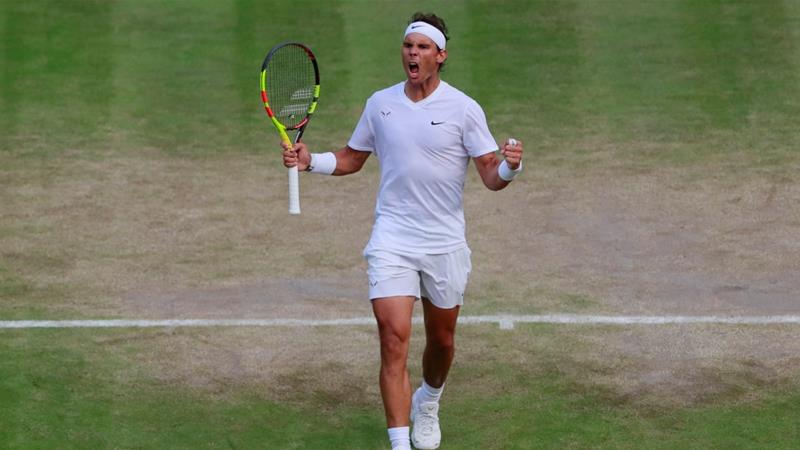 Roger Federer and Rafael Nadal have set up a highly anticipated semifinal clash at Wimbledon, a first meeting between the two since their marathon 2008 final.

Third-seed Nadal had to dig deep and stave off a spirited challenge by American Sam Querrey in the first set before running away with a 7-5, 6-2, 6-2 win in just over two hours in the quarter-finals on Wednesday.

Earlier, Federer, seeded second, recorded his 100th win at the All England Club, a first by any male player at a single Grand Slam tournament.

Nadal and Federer last faced each other on the All England Club grass in 2008 when the Spaniard outlasted the Swiss in an almost five-hour long encounter to lift his maiden Wimbledon title.

“I’m very happy to be in the semi-finals again,” Nadal told the BBC after the match. “It’s great. Difficult to imagine to be again in that situation, but here we are.”

“I’m just excited about the victory today and excited to play against Roger at Wimbledon again after such a long time,” he added.

Nadal leads his head-to-head with Federer by 25 wins against 14 losses, but the Swiss has won five of their last six matches.

Their latest meeting was at the French Open semifinal in Paris last month, when Nadal won in straight sets en route to lifting a record-extending 12th Roland Garros title.

The other semifinal on Friday will pit the world number one Novak Djokovic against the 23rd seed Roberto Bautista Agut from Spain.

Djokovic used a 10-game run to transform what was shaping up as an even, entertaining quarterfinal against the 21st-seeded David Goffin into a lopsided romp.

“I felt like I managed to dismantle his game,” said the Serb.

The defending champion grabbed control midway through the opening set and never let go, overwhelming the Belgian 6-4, 6-0, 6-2 to reach his ninth semifinal at the All England Club.

Bautista Agut, a first-time Grand Slam semifinalist, was supposed to be on the island of Ibiza right now, having a bachelor party with his friends before his November wedding.

“It feels better to be here in London,” the 31-year-old Agut said.