September 24 will officially mark 30 years since the release of Nevermind, Nirvana’s breakthrough 1991 album. To commemorate the milestone, Fender recently announced the return of the Kurt Cobain Jag-Stang, recreating the late singer’s unique hybrid guitar used in some of the band’s final live shows.

Available at GuitarCenter.com, the limited-edition replica features an alder body, 24” short-scale length, and 7.25” smooth radius rosewood 22-fret fingerboard. The vintage-style, single-coil and custom Seymour Duncan JB Humbucker pickups add punch when things get heavy, while the Mustang’s slider switch lets you quickly select from four phase settings. Its distinctive colors (Sonic Blue and Fiesta Red) make it stand out aesthetically; pair it up with distortion and chorus pedals to give it an even more authentic sound that keeps Cobain’s sound and songs alive.

Fancy Yourself a Music Snob? These Are the Best Wireless Headphones for Audiophiles

The 30 Sexiest Music Videos of All Time 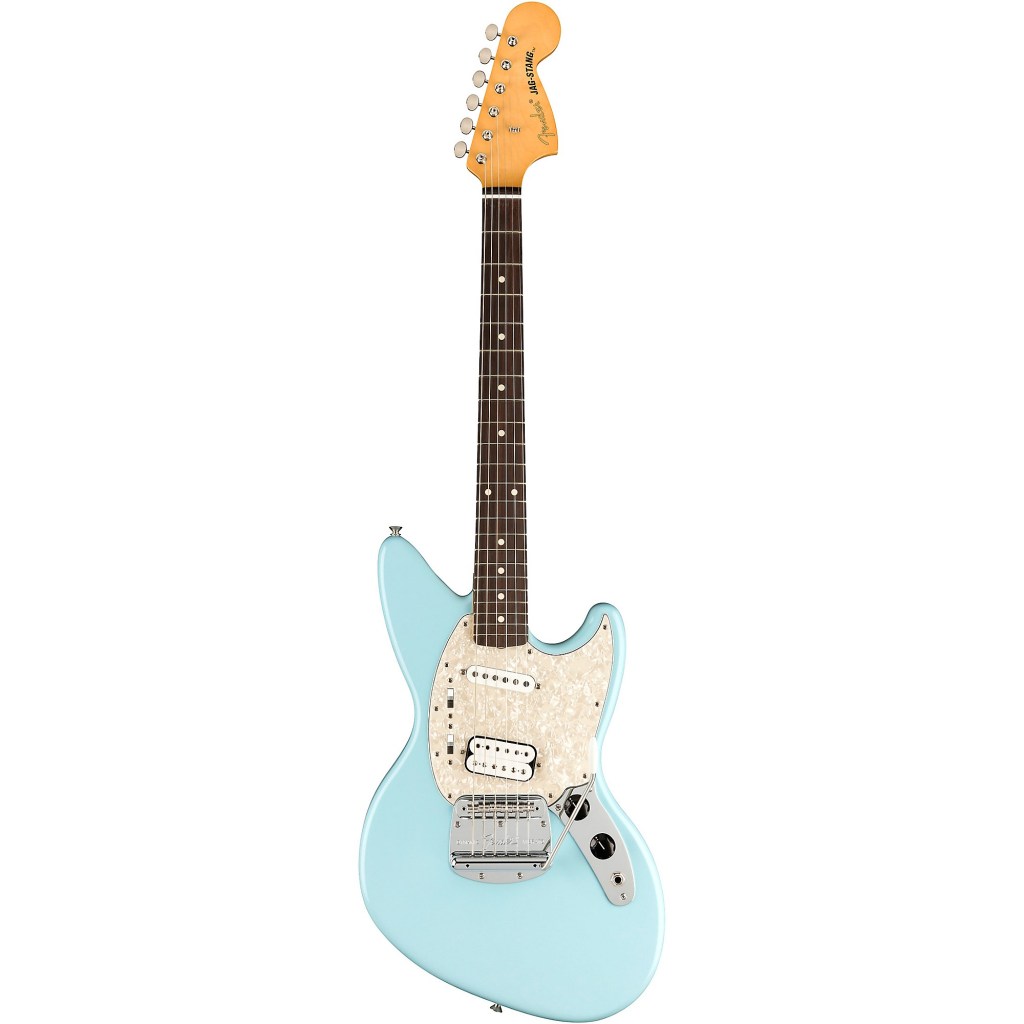 The replica guitar launches at GuitarCenter.com in October, to coincide with the anniversary of Nevermind. Listed as one of Rolling Stone’s “500 Greatest Albums of All Time,” Nevermind vaulted Nirvana into the mainstream spotlight, spawning multiple hits like “Lithium,” “Smells Like Teen Spirit,” and “Come As You Are,” and eventually hitting Diamond status. The album’s songs combined slicing power chords with melodic hooks through quiet-loud dynamics, effectively ending the Eighties pop and hair-metal era and changing the course of music forever.

Much like his songs, Cobain’s instrument was an amalgam of parts pulled from different influences to create Nirvana’s signature sound and feel. The original idea for the Jag-Stang started as a sketch in his journal, along with cutting and pasting together photos of his two favorite Fenders – the Jaguar and 1960s Mustang models. With the help of the Fender Customs Shop, the prototype was brought to life shortly before his death, and used on the European leg of the In Utero world tour in 1994.

Nirvana’s guitars literally set the tone of music for the decade to come, and their impact is still resonating 30 years later. Fender’s Jag-Stang recreates one of Cobain’s most recognizable instruments by both sight and sound, right down to the last details (and of course it’s available left-handed too, just like Kurt’s).

The Fender Kurt Cobain Jag-Stang Rosewood Fingerboard Electric Guitar retails for $1249.99 and is available for preorder now at GuitarCenter.com.