Floyd Mayweather Tattoos His Signature on Back of Funky Matas 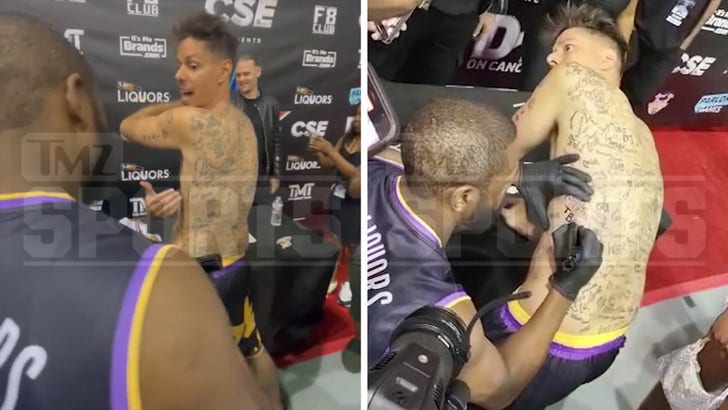 Floyd Mayweather helped a guy turn in his back into the biggest yearbook signature page ever — etching his name right into his skin … just one more out of hundreds already there.

The boxing great was on hand Saturday for The Parlor Games Celebrity Basketball Classic (presented by Celebrity Sports Entertainment), where he was one of many celebs in Vegas for star-studded game on the court.

At one point, though, it appears he was approached by social media influencer Funky Matas — who’s kinda famous for all the writing on his body … specifically, his entire back.

All in all, he’s got upwards of 300 signatures — yes, he’s world record holder — and now … Floyd’s in the pantheon too. Dude did seem a little hesitant though, and we can’t blame him.