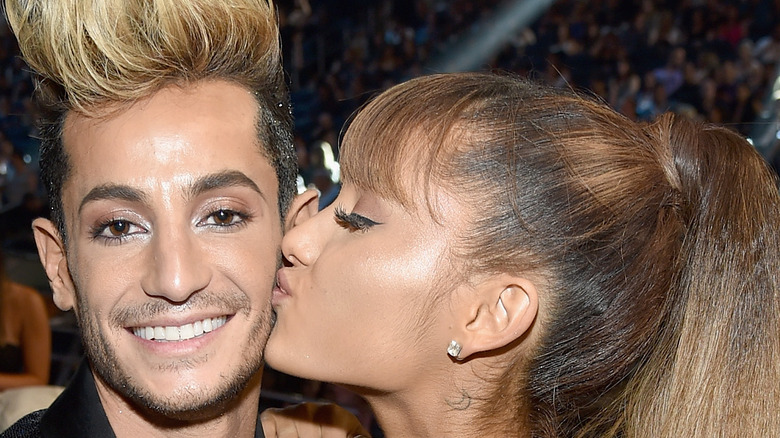 Last week Ariana Grande nearly broke the Internet when she announced that she had married her fiancé, Dalton Gomez, in a small and intimate ceremony on May 15 (via Today). The pop star shared a series of gorgeous photos from her wedding on Instagram, which included shots of Grande getting her hair and makeup done before sharing a kiss and first dance with her new husband.

Grande wore a stunning Vera Wang wedding gown and the designer also shared several Instagram photos of the beautiful bride. Each was accompanied with the caption, “@ArianaGrande, to a truly magical muse, what an incredible journey this has been for all of us at Vera Wang. A joy and a honor! Wishing you and Dalton a lifetime of happiness. XX V.”

But beyond Grande’s gorgeous photos, details about her wedding have been few and far between. Luckily, her older brother, Frankie Grande, is here to share some intel about his sister’s big day.

Frankie Grande described the wedding as 'joyful' and 'perfect' 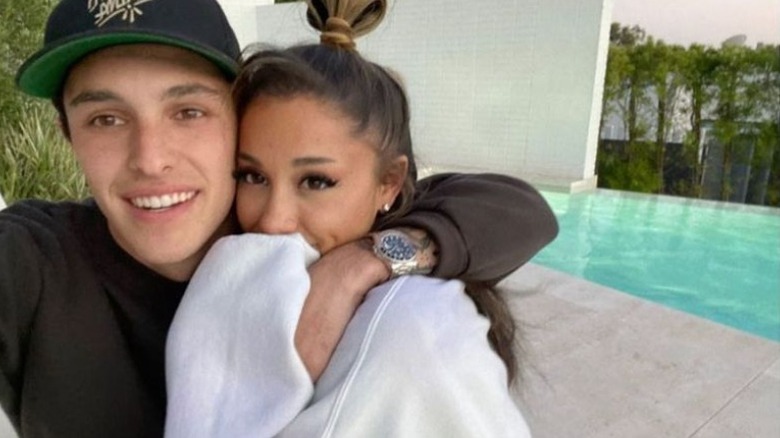 “It was gorgeous,” Frankie said, describing the wedding (via Hollywood Life). “It was absolutely beautiful and everyone was so happy. It was such a joyful, joyful occasion.” He also gushed about his sister. “[Ariana] looked absolutely gorgeous and it was a beautiful, beautiful ceremony. I’m just going back there reminiscing in my brain and it was literally, literally a perfect, perfect evening.”

Frankie also spoke highly of his new brother-in-law, telling Hollywood Life that Gomez is “the best” and that he’s “totally, totally part of the Grande clan. Family.” He also told the outlet that while he already has a brother, he’s happy to have another. “I love having another brother in the family,” he said. “I have definitely expanded my sibling roster.”

Grande and Gomez, a Los Angeles real estate agent, began dating over a year ago and announced their engagement in December (via Elle). Although Gomez isn’t a household name, he’s no stranger to rubbing elbows with A-listers — he’s sold homes to famous clients and has been photographed with celebrities like Miley Cyrus.

Per Elle, the couple chose to have their wedding at Grande’s home in Montecito, California, and the intimate affair included just 20 guests. “Ari wanted it to be simplistic and tasteful. All they cared about was having family there and to be able to enjoy the special moment together,” a source told E!

Based on her brother’s comments, Grande and Gomez were able to pull off the wedding of their dreams.