Friends of William and Kate Anonymously Spoke About Those Relationship Rumors

In the words of Old Rose from Titanic, it’s been 84 years since Prince William and Kate Middleton first got together—and naturally their relationship has been the subject of many rumors. Like, remember when everyone was (incorrectly) convinced that Prince William had an affair with Kate Middleton’s “Rural Rival” Rose Hanbury? Or when Kate was seen shrugging off William’s touch during an event?

Well, according to anonymous sources close to the royals who spoke with the Daily Mail, “scrutiny and gossip” about their relationship is false. “It’s just b******s,” said one person from William’s inner circle. “They honestly couldn’t be happier as a couple. You can’t get a cigarette paper between them. They are so tight, just inseparable.” 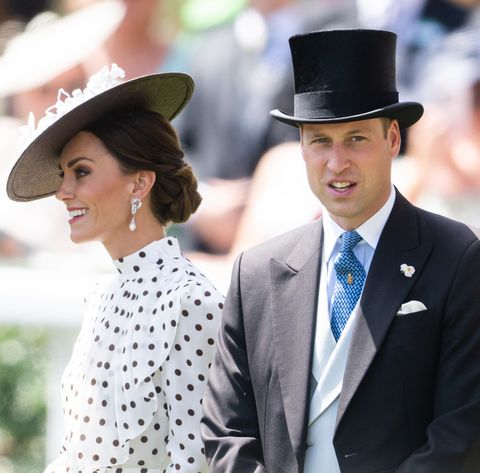 “They spend all their time together,” another source who “knows them well” added. “They lunch together every day, they sit and watch television together every evening. They do go out and see their own friends, of course, but they spend an inordinate amount of time together and live a very conventional married life. They aren’t a flashy couple — he likes his motorbikes but that’s about it. They are both very outdoorsy people and spend every minute they aren’t working with their children. That’s what they really care about.”

And apparently William is also pretty protective of Kate, with a source saying “William is very conscious that if it wasn’t for him, the man she fell in love with, Catherine would be living a nice life in the country and bringing up a family away from the spotlight. There’s a bit of snobbery, sadly, when you marry in from outside. It’s a lot better now than it was, but William is still very protective of his wife. The way he sees it, she is as important to the institution as he is. He genuinely admires the way she has just dug her heels in and stuck with it.”

Welp. Guess that’s that on that!