Unlike Donald Trump, climate change activist Greta Thunberg has patience. 11 months after he dissed her for having ‘anger management’ issues, she used his tweet’s words to shade Trump’s voting fraud claims.

Teenage climate change activist Greta Thunberg just showed the world how she can play the long game when it comes to hitting back at her detractors. Donald Trump tweeted at her to “chill” about global warming on Dec. 12, 2019, when she beat him out to become Time magazine’s person of the year. Now Greta’s telling Trump to “chill” about his own “anger management” issues when it comes Trump’s 2020 election outcome tantrums. And the 17-year-old Swede used the exact same wording as Trump’s nearly year-old tweet to throw epic shade.

On Nov. 5 when the 74-year-old tweeted “STOP THE COUNT” to prevent his opponent Joe Biden from winning one more state’s electoral votes and with it the presidency, Greta pulled out Trump’s 330 day old tweet and flipped their the names. She retweeted Trump’s message and wrote, “So ridiculous. Donald must work on his Anger Management problem, then go to a good old fashioned movie with a friend! Chill Donald, Chill!” 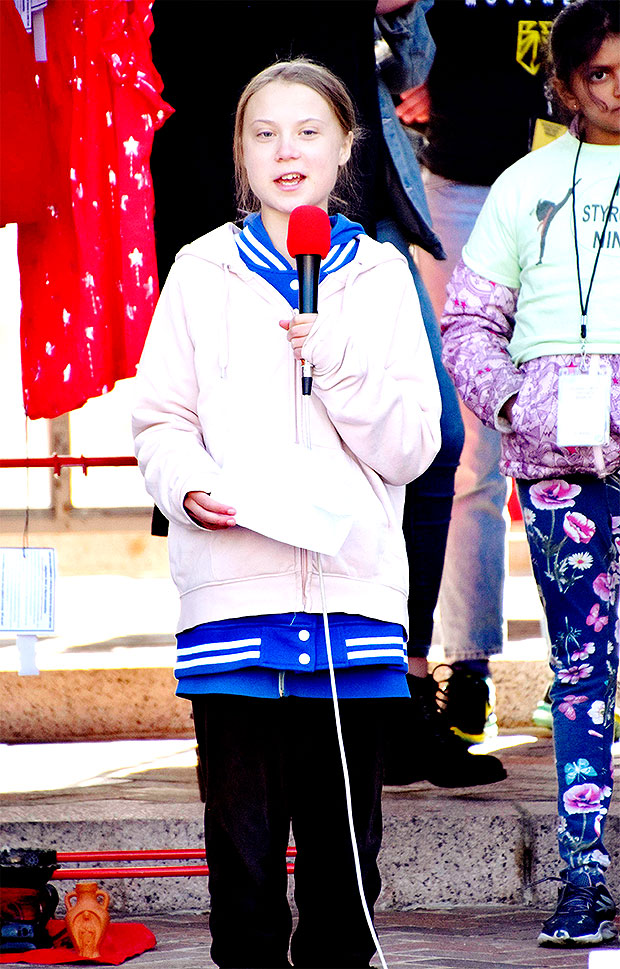 Fans went wild on Twitter for Greta’s long awaited clap back. @migirllp cheered, “Okay, everyone, we can stop counting. Greta Thunberg just won the election,” while another user @mattsart7 marveled, “What an absolute legend” with Greta and Trump’s tweets side by side. @Sarahe_brown gushed, “Amazing. @GretaThunberg will always be more mature, intelligent and a much better human being than @realDonaldTrump,” as user @ivoesdelbe joked, “Ooooh snap – Greta magnificently roasts Donald Trump, throwing his condescending tweet back in his face. Hope the White House has enough fire extinguishers for this burn!”

Greta deservedly won Time‘s honor after her impassioned speech before world leaders at the United Nations on Sept. 23, 2019, where she scolded the adults “how dare you” ignore science and climate change, and put it on her generation to come up with solutions to heal a dying planet. However, some anti-climate activists thought she came across as “angry,” with Trump included.

At the time Trump sent out his tweet, he was rightfully piled on for attacking a 16-year-old girl who is just trying to save the Earth. Actress/activist Alyssa Milano told Trump, “What kind of grown man decides to write this tweet and then send it? What kind of President tells a child to chill when she’s trying to save the planet? And maybe most importantly, who still supports this man? #LeaveGretaAlone,” while Watch What Happens Live host Andy Cohen responded, “You’re 72 dude. Lay off the kids. #BeBest,” referring to First Lady Melania Trump‘s infamous anti-cyber bullying campaign when her husband is the worst bully of all. Once again, Greta proved she’s a master when it comes to trolling Donald Trump with his own words.