Gyles, former MP, journalist and royal author, will hit the small screen this evening as he appears on Celebrity Gogglebox with his friend, Coronation Street actor Maureen Lipman. He was part of the first series of the Channel 4 programme — where viewers watch famous figures hilariously review the latest TV — with his friend Sheila Hancock but she decided not to take part in the next instalment. Gyles was also a friend of the late Duke of Edinburgh and has often spoken out about what Philip thought of certain royal matters behind closed doors, particularly the controversy surrounding the Duke and Duchess of Sussex’s royal exit last year.

When Prince Harry, Prince William, Prince Charles and the Queen gathered for the make-or-break Sandringham Summit last year, Philip was seen being driven away from the main estate — and it was assumed by many that he was enraged by his grandson’s decision to shirk his duties.

Indeed, Gyles alleged that the royal stalwart chose not to be a part of the complex and tense negotiations.

The Duke of Edinburgh reportedly responded to the exit talks by saying: “I’ll soon be out of it and not before time.”

This kind of retort was not unusual from the witty Prince Consort, as Philip was known for his candour and flippant approach to life — as well as his sharp tongue.

Despite living to be 99, he once told Gyles: “I can’t imagine anything worse [than turning 100].” 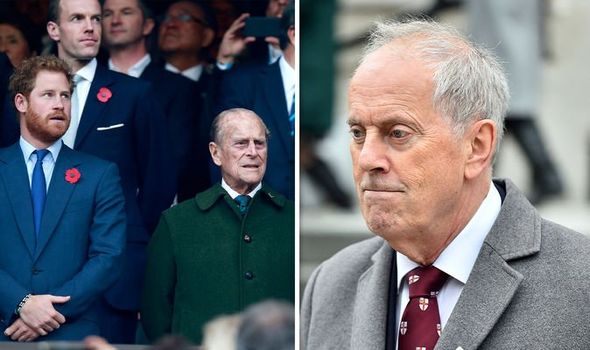 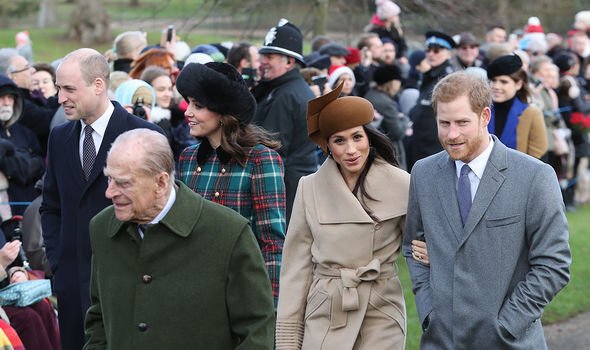 He also rejected “all the fuss” that came with celebrating such a birthday, and would often say that he was “on the way out” during his final years — Philip also claimed he was glad to retire at the age of 96 “while I’m still standing, just about”.

So when it came to Harry and Meghan’s difficult departure from the Royal Family last year, Philip was expected to be equally blunt with the rebellious pair.

Philip allegedly told Gyles that their attempts to secure a “half-in-half-out” role within the monarch was “naive”.

But, once the Palace stripped Harry of his royal patronages, Gyles added: “The Duke of Edinburgh was equally sorry ‘that it should come to this’.” 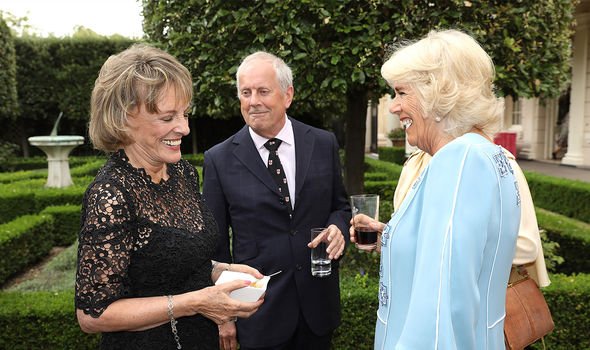 He pointed out how Philip had been especially delighted when Harry took on his job as the Captain General of the Royal Marines in 2017, when the Duke of Edinburgh retired from public life.

When Harry gave the role up after 30 months, Philip was reportedly “not pleased” and thought the Sussexes were not “doing the right thing either for the country or for themselves” in stepping down from the monarchy.

Philip, a man of steadfast duty, was expected to be unforgiving and furious at his grandson — however, he appreciated that Harry had to find his own way, and allegedly said: “It’s his life.”

Philip was also sympathetic to Harry’s uneasy relationship with the media, and told Gyles: “People have got to lead their lives as they think best.” 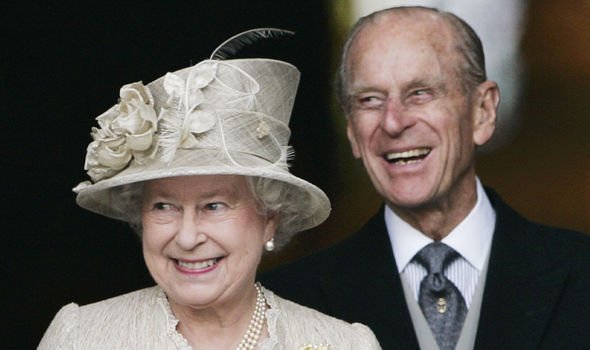 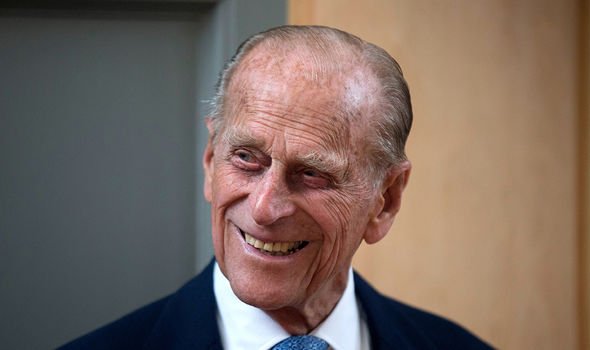 But, Harry and Meghan then confirmed they were going to be taking part in a tell-all interview with US TV star Oprah Winfrey.

Writing in the Daily Mail, Gyles explained Philip thought this was “madness” and “no good would come of it”.

Despite reports to the contrary, he was not bothered that the bombshell interview aired when he was actually in hospital for a month.

He was concerned about “the couple’s preoccupation with their own problems” instead, as they launched their series of verbal attacks on the Palace. 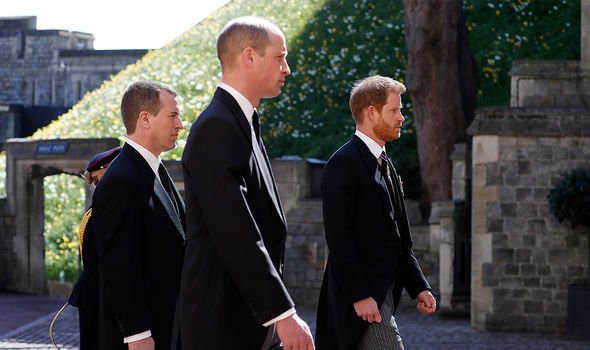 When the 99-year-old Prince Consort died in April, he left behind a deeply fractured Royal Family struggling to cope with the array of allegations from Harry and Meghan.

The Duke of Sussex returned to the UK for the first time since his dramatic departure last year to attend Philip’s funeral two months ago.

It was hoped that the royals would be able to reconcile through their shared grief, but the Sussexes’ relationship with the Firm has only worsened.

Harry has returned to the UK today to attend the unveiling of the Princess Diana memorial statue in Kensington Palace.

Celebrity Gogglebox is available to watch tonight on Channel 4 at 9pm, and on All 4.