Matt Willis, 39, claimed that members of the Church of Scientology attempted to “split up” his marriage to TV presenter Emma Willis. Matt became involved with the Church in 2008 following a stint in rehab for drug and alcohol addiction.

Matt’s unearthed quotes have been rediscovered ahead of his wife’s appearance on ITV’s Cooking With The Stars tonight.

Speaking last year to The Sun, Matt explained he was approached by a man on the street who asked him a “few simple questions”. 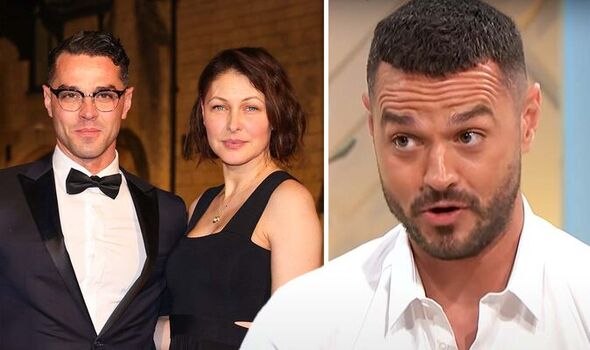 The singer claimed: “They buddied me up with a young guy who was very, very involved. His mum and dad were part of the big leagues.

“We did some one-to-one work, all questions about my life: What’s going on, what’s holding me back and holding my potential back?

“They were like, ‘There’s someone in your life who’s actually draining you, who’s a negative force, and it’s normally the person closest to you’.

“And it’s like, ‘I think they’re trying to split my f***ing marriage up now’. They were trying to force this weird opinion on me,” he added to the aforementioned publication.

Matt and Emma began dating in 2005 when he was in Busted and she was presenting for MTV.

They married in 2008, the same year that Matt became sober.

Emma has previously credited becoming a father as being the driving force behind Matt’s recovery.

Speaking to The Telegraph in 2020, the former Big Brother host said: “What really changed him was our daughter, Isabelle.

“Isabelle was his real focus. He was already [recovering] himself, then she arrived and that made him even more determined.”

Emma also said that she refused to leave her husband while he was struggling with addiction.

She added: “I wasn’t going to leave him because he had a problem. I wanted to help him, but he had to help himself and I believed he would.”

Watch Emma Willis on Cooking With The Stars tonight at 8pm on ITV.