Holly Willoughby: ‘We’re a mess’ This Morning star apologises for being ‘unprofessional’

Holly Willoughby, 38, and Phillip Schofield, 57, struggled to present after getting into a fit of the giggles on This Morning. The duo could not contain their laughter for several minutes during a children’s catwalk show for Halloween costumes. It comes after Holly mistook a fake popcorn prop as food during the seasonal segment. As they were shown last minute costume ideas by Debbie Shaw who picked up a large popcorn prop, Holly asked: “Can I eat it?”

The cheeky quip had Phillip in hysterics, as he corrected her over the mistake.

“You’re on fire today. Can you imagine the size of the corn!” replied Phillip.

The blonde beauty quizzed: “How do I not know about this?”

To which her co-presenter replied: “How do I not know about big popcorn!”

Later on in the segment, model Teddy debuted his makeshift Halloween popcorn outfit which sent Holly and Phillip into another fit of giggles.

The pair could hardly keep it together as the children sported their spooky costumes, with both presenters having to wipe tears from their eyes as they were laughing so hard. 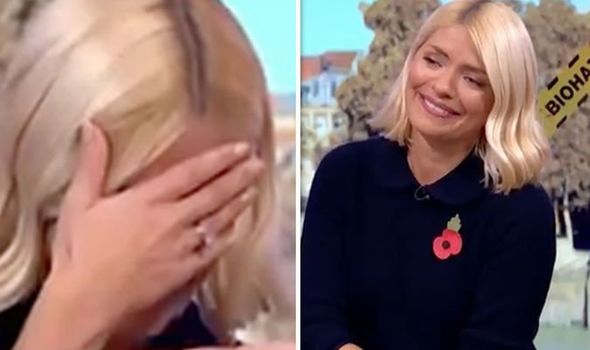 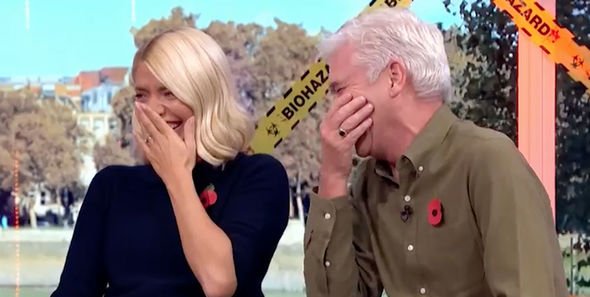 She joked: “You look great. Good enough to eat.”

As the outfit segment came to an end, Phillip said to Debbie: “Well done for battling through that. We didn’t help very much. We were very unprofessional.”

After the advertisement break, the duo appeared to still be in hysterics.

The This Morning presenters continued to laugh as they moved onto their next topic as they discussed viewers weird sandwich combinations.

Phillip said: “When you cross your legs I’m done for. Popcorn has done me for today. Do you need to sit down?”

Shaking her head, Holly tried to read out a sandwich filling but said: “We’re just now in a mess… I’m so sorry.” 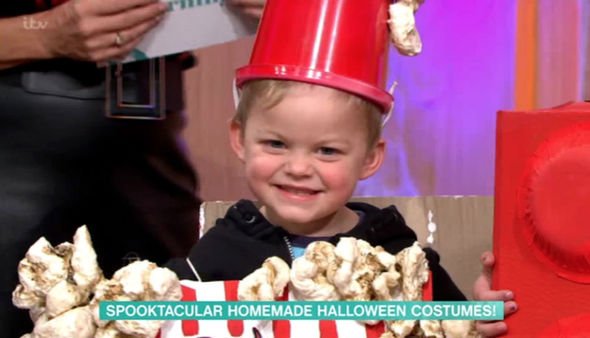 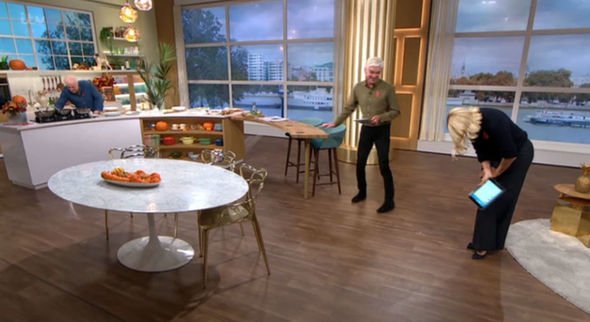 One person said: “LOLOLOL at BIG POPCORN!!!OMG!Thank you Holly for nearly killing me with laughter just now! Absolutely hilarious!”(sic)

Another person commented: “Holly & Phil on this morning has actually got me in stitches. Who knew we could get huge popcorn.” (sic)

While a third person added: “Totally buckled me Holly! Popcorn- ‘can you eat it?’ Then ‘How do I not know about this?’ Will never see expandable filler the same again! Thanks for making me lol this morning x”(sic)

This Morning airs weekdays on ITV at 10.30pm.