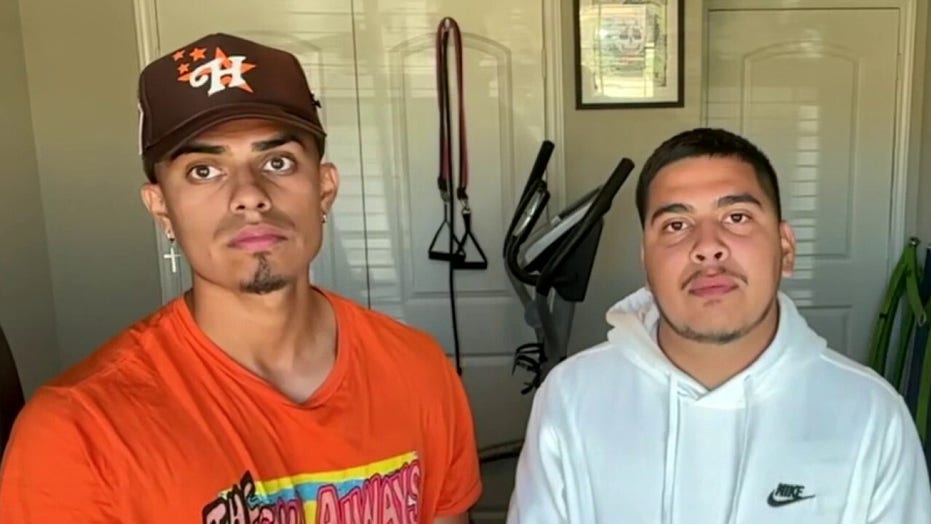 Timothy Perez and Joseph Gonzales, who attended the Astroworld Festival in Houston, recount the deadly concert stampede they witnessed

The concertgoers at a highly-anticipated Houston music festival Friday night say they were shocked to witness the way the rager brewed into fatal pandemonium that left at least eight people dead.

Rapper Travis Scott was the headliner for the sold-out Astroworld Festival in NRG Park, which was attended by an estimated 50,000 people.

Here, some of them describe the chaos they’re still trying to make sense of.

Ariel Little of New York was in the middle of the crowd in a prime viewing spot with her husband for only a brief minute before she started to struggle. 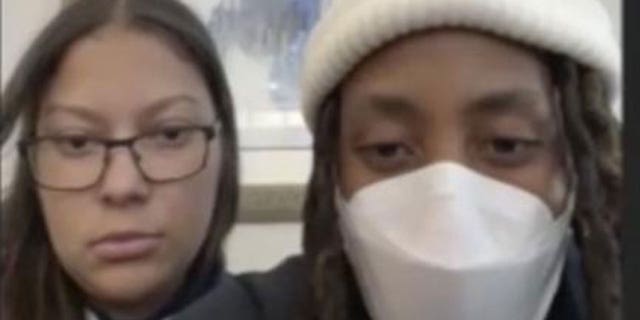 Ariel and Shawn Little, of New York, talk about their experience at the Astroworld music festival.
(Shawn Little via AP))

In trying to escape the increasingly packed venue, the couple realized how dangerous it was becoming.

Little’s voice quivered with emotion as she described how small she felt gasping for air as she was battered by the crowd.

“My chest is in so much pain from people pushing and crushing – literally crushing – my chest and in my lungs. And all I can remember is just screaming for him. ‘I gotta get out! I gotta get out!’ And people weren’t moving,” Little said. “They thought it was a joke but it was like literally people dying.”

Her husband, Shawn, surveyed the scene quickly to find a way out.

“There was a lot of people in my section that were kind of like screaming and having panic attacks just because it felt almost as if you were under an elevator and the elevator was coming down on you and there was nothing you could do about it,” Shawn Little said. “No one in my section at the time was moving because I think everyone was just in shock of how crazy and how panicked that everyone was. There was a lot of fear in people’s eyes.”

Madeline Eskins is an ICU nurse who said she was one of the festivalgoers who passed out as the mass of people pressed closer to the stage. She was taken to a slightly less crowded area for medical attention, where she woke up.

Eskins, 23, of Houston, said she then saw someone nearby who needed medical help, and she told them she was nurse. When a security guard overheard her, he asked if she could start helping others, Eskins said.

“There was three people on the ground getting CPR and the most disorganized chaos that I have ever seen in my life,” Eskins said.

Eskins said she tried to guide medical staff and volunteers on how to use a defibrillator, and she also helped to check for pulses and do CPR compressions on several people.

“When the main performer came out – like Travis – people got, like, compressed cause they just wanted to see him,” said Sal Salinas. “It was like you were suffocated in there. If you weren’t on the side or anything, you were getting suffocated.”

Niaara Goods, 28, of New York, said the crowd surged as a timer clicked down to the start of the performance.

“As soon as he jumped out on the stage, it was like an energy took over and everything went haywire. All of a sudden, your ribs are being crushed. You have someone’s arm in your neck. You’re trying to breathe but you can’t,” said Goods, who traveled to Texas to see friends and to celebrate a birthday.

She said she and her friends, one of whom was punched on the head and jaw, were quickly separated from each other but all escaped. Goods said she was so desperate to get out that she bit a man on the shoulder to get him to move.

“Some people are laughing at us – those who are screaming to get out. Because they thought it was funny. They didn’t realize it was terror,” she said. 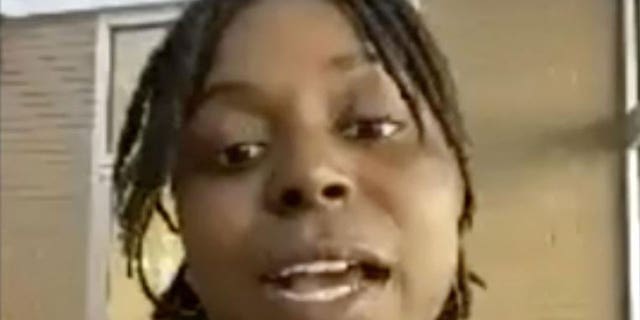 Niaara Goods, of New York, talks about her experience at the Astroworld music festival.
((Niaara Goods/@niaarasworld via AP)

Later, she saw the injured streaming to safety in gurneys or in wheelchairs.

“It was literally the scariest night of my life. I literally thought I was going to die trying to get out. That’s just not what you pay for,” she said.

Gary Gaston, 52, of Houston, said he went to the concert with his ex-wife, their 14-year-old son and the teen’s friend.

They felt so threatened after only a few of Scott’s songs that they decided to leave and meet outside by the medical tent.

When Gaston and his ex-wife arrived shortly after 10 p.m., he said they saw medical personnel start to bring at least eight people into the tent on gurneys, most of whom appeared unresponsive.

“It was surreal because you see these people being pulled out on these gurneys and people running into the medical tent, but the music is still going,” Gaston said. “People in the arena were unaware of it.”

Rapper Travis Scott was performing on stage when what authorities are calling a "mass casualty incident" occurred.
(Photo by Erika Goldring/WireImage)

Gavyn Flores said people kept trying to scoot into spaces where there was no room to spare, while others tried to will their way toward the barricades to jump over to safety.

Julian Ponce said there were signs of injuries but he didn’t realize there were deaths until he got home.

“It was kind of mind-blowing, like we kept hearing people say, ‘Stop the show. Stop the show,’ but we didn’t know what was going on. We heard somebody was bleeding. We heard a lot of stuff and we weren’t too sure,” Ponce said. “I don’t even know how to feel. It’s just breathtaking.”