Bada-bing! Michael Gandolfini was the spitting image of his late father while attending the premiere of ‘The Many Saints Of Newark,’ the film where Michael plays a young Tony Soprano!

James Gandolfini looked down with pride on Wednesday (Sept. 22) as his son, Michael Gandolfini, basked in the glow of camera flashes while walking the red carpet in New York City. Michael, 22, was one of many stars attending the premiere of The Many Saints of Newark at the Beacon Theatre, and at first glance, you wouldn’t be blamed for mistaking him as a younger version of his father. Michael – wearing a tan suit with an open collar and a gold chain around his neck — channeled the spirit of Tony Soprano, who he portrays in The Sopranos prequel. He even showed off some chest hair, just to throw in that added bit of New Jersey flair. 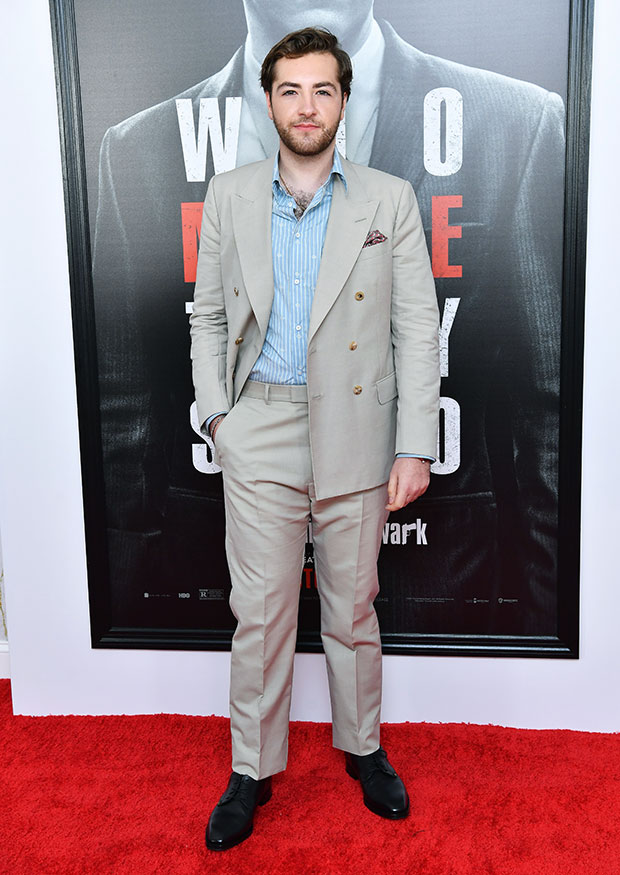 Michael was joined by cos-tars Jon Bernthal, Vera Farmiga, Alessandro Nivola, and William Ludwig at the event, making it one big happy “family” reunion. Jon, 45, plays Tony’s father, Giovanni “Johnny Boy” Soprano in the film, while Vera plays Livia Soprano, a role originated by Nancy Marchand in the beloved television series. The Many Saints of Newark is set in the 1960s/70s, using the 1967 Newark race riots as a backdrop to tell the story of how Tony Soprano rose to power. 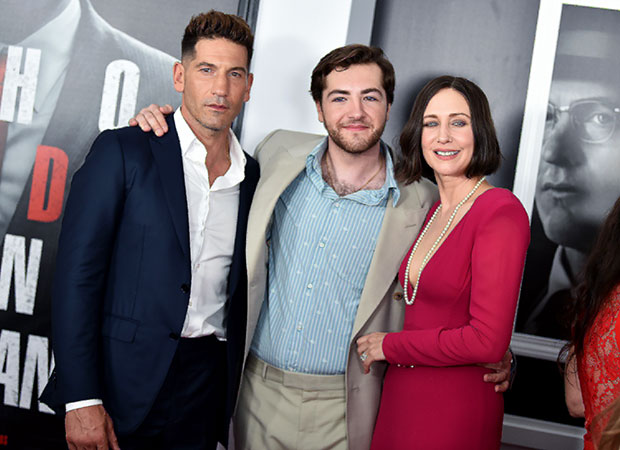 “I was always like, ‘I want to make my dad proud. I want to make my dad proud,’” Michael recalled recently, per The New York Times. Born four months after The Sopranos debuted in 1999, Michael said he “truly wasn’t aware of the legacy” of his father. “My dad was just my dad.” Michael shared that when he was a teen, he asked his father about the hype around The Sopranos. “‘What the hell is this? Why do I hear about this all the time? What is this about?’” recalled Michael. “He’s like, ‘It’s about this mobster who goes to therapy, and I don’t know, that’s about it.’”

As a young, burgeoning actor, The Many Saints of Newark is Michael’s most high-profile role to date, and he says that the pressure to play a younger version of a beloved character made famous by his father was very real. “There’s fear. But the second layer, that a lot of people don’t think about, which was actually harder, is to play Tony Soprano.” Michael told the Times that when he stepped inside the role, “not only was it the feeling of my dad — it was like, Tony Soprano is a [expletive] hard character.”

James Gandolfini passed away in 2013 at the age of 51, following a heart attack.