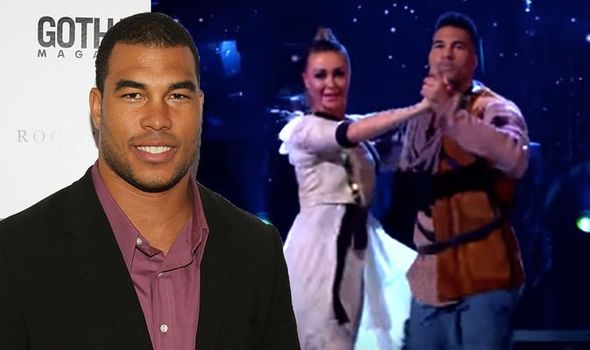 Jason Bell, 42, and his professional dancer partner Luba Mushtuk, were the second couple to leave Strictly Come Dancing 2020 tonight. Former professional dancer Ola Jordan has revealed she thinks Jason was “made into a joke” with his Paso Doble to the Star Wars theme tune.

They’ve made him into the joke person.

Jason and Luba missed out on their chances in the competition after being the second pairing to leave tonight.

After Jason and Luba’s departure, former professional dancer James Jordan and his wife Ola expressed their thoughts over his time on the show.

The pair said they felt bad for the broadcaster, as they revealed he had been “let down” on both weeks.

James went on to explain how they “felt sorry” for the latest couple to depart the competition.

Speaking about their Paso Doble routine to the Star Wars theme tune, he said: “I felt sorry for them, there was nothing that Luba could do to make that routine look good.

“None of the pros could!”

The Dancing On Ice champion admitted he took to Twitter to post a poll on whether the star got “stitched up” this week.