Jason Tartick’s Quotes About Kaitlyn Bristowe Will Melt Your Heart

In case you needed another reason to obsess over this couple, allow me to present Jason Tartick’s quotes about Kaitlyn Bristowe. Tartick has said so many adorable things about his lady in the six months they’ve been officially A Thing, that it’s hard to keep track. But if one thing’s for sure, it’s that these two seem to be head-over-heels in love with each other. IDK you guys, if my gut is any indication (and it totally is), these two seem pretty end-game to me.

Now, in case you weren’t aware, Bristowe and Tartick have been together since January 2019, after Bristowe ended her three-year engagement to Shawn Booth in November 2018. Bristowe and Booth, who met and got engaged on Bristowe’s season of The Bachelorette in 2015, released the following statement following their split:

After she ended things with Booth, Bristowe and Tartick started seeing each other. Slowly but surely, their relationship grew, and now they’re living together and adopted a seriously adorable rescue dog named Ramen. True love people!!

If how committed these two have gotten in such a short amount of time isn’t enough to convince you they’re meant to be, Tartick’s quotes about Bristowe definitely will be. Grab a tissue.

He was so stoked about their new living arrangement.

Appearing on Bristowe’s podcast Off The Vine, the happy couple explained their decision to take the next step in their relationship. "Kaitlyn and I got to a point where being across the entire country didn’t make sense," Tartick said, according to E! News. "I think that for the short term and the long term, Nashville was the best place for us to be. It puts us back on the east coast. I’ll be a few hour-drive from my parents, quick drive from my brother, and, it puts us in a better position for short and long-term."

Clearly they are mapping out their future together! Long! Term!

His answer to his favorite Bachelorette was obvious…

His Valentine’s Day message was short and sweet.

Bristowe and Tartick’s first Valentine’s Day together wasn’t too long after they first started dating. But still, Tartick shared an adorable photo of him with his bae in honor of the holiday with a simple caption. "So grateful for you," he wrote.

He honored their relationship milestones in the sweetest way.

When Tartick moved to Nashville to live with Bristowe, the two also adopted a dog together, and Tartick shared the news in a super sweet Instagram post. "A friendship turned to a relationship and now a relationship turned to a little fam," he wrote. "This morning, Kaitlyn and I made a decision to adopt, @ramenthegoldennoodle…We are so excited to give Ramen the life and love he deserves…all under the same roof!" 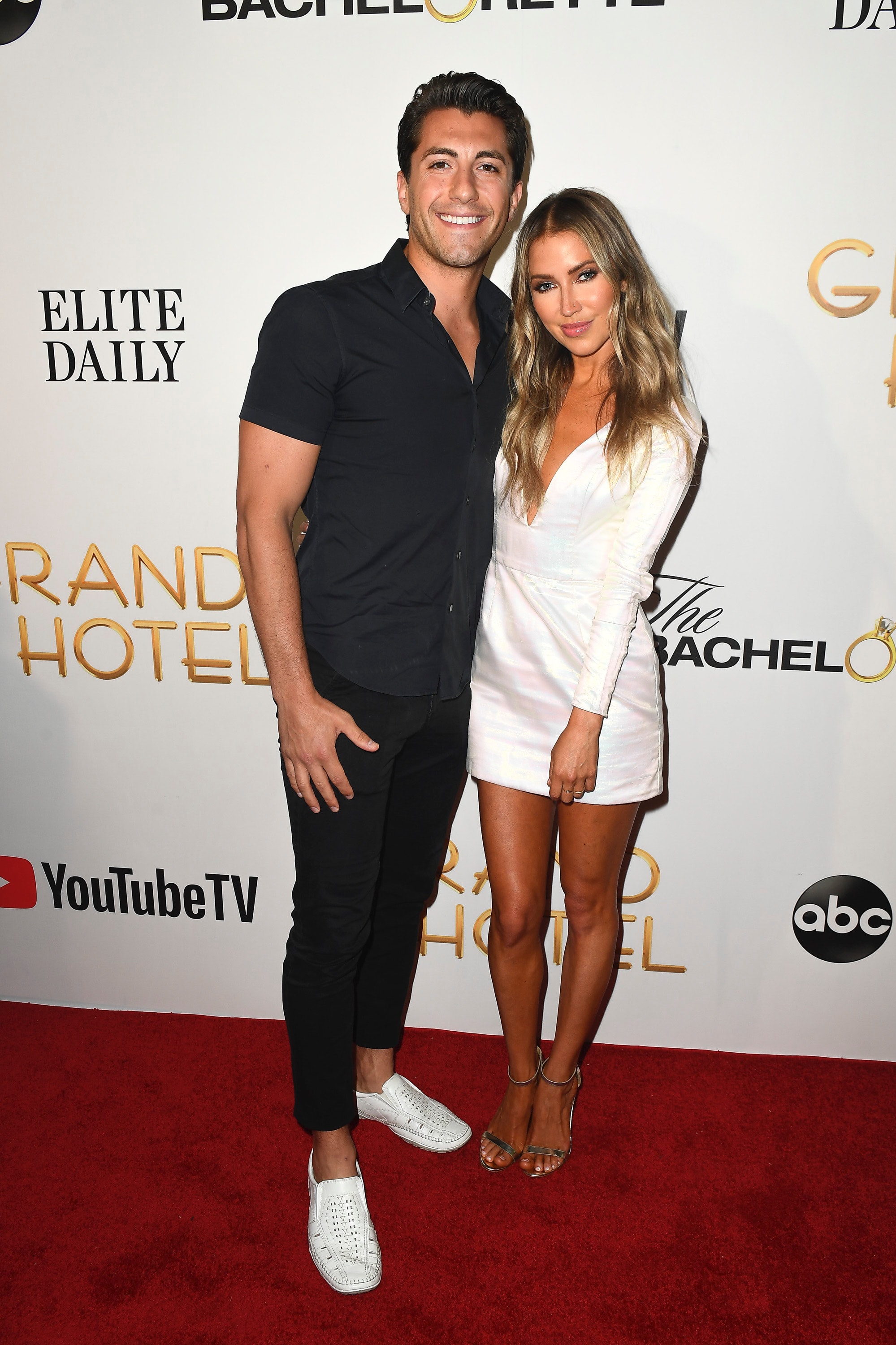 At the premiere of ABC’s new drama, Grand Hotel, in June 2019, Tartick and Bristowe exclusively told Elite Daily what they feel are the qualities that make them compatible. Tartick pointed to their common work ethics as a reason why they are so in-sync.

“I think in general, we both work our a**es off, but at the same time, we know how to totally separate from work and enjoy life, and I think that’s really where we hit it off is, we were doing some work together, and then after that we just knew how to have a good time and enjoy every minute of it,” he says.

They have healthy communication habits that help them grow closer.

Also in June 2019, Tartick and Bristowe sat down with Entertainment Tonight where they couldn’t help but gush about how their open communication habits make them a stronger team.

"We have a unique relationship in the fact that I think we both have seen a lot, we’ve done a lot, we’ve experienced the good, bad, and ugly in relationships," Tartick said. "And I think as you kind of mature, you know what you want, and with Kaitlyn and I, we kind of have like a no BS type of attitude. We put everything out there, we’re very transparent, we’re very forthcoming with everything, and sometimes that leads to almost too much of open communication. But at the end of the day we hold nothing back and it allows us to grow as one, as a team. It’s been awesome, and we have a hell of a time doing it."

It’s so refreshing to see a Bachelor Nation couple thrive, and it’s clear that they’ve found true happiness with each other. I can’t wait to see what comes next for these two!