Amber Heard has claimed in her testimony that Johnny Depp dangled their dogs out of the window of a moving car.

The Aquaman actress took to the stand on day 14 of the defamation case, held at Fairfax County Court, and testified about their relationship.

She spoke about an alleged incident in March 2013, during which she says Depp had consumed a copious amount of cocaine and alcohol.

‘He has the window down, he’s smoking…at some point he starts howling out of the window and grabs two small dogs – one was Johnny’s dog and one was my dog,’ she said.

‘Everyone in the car – I’ll never forget it – everyone just froze. No one did anything. And I too was, like, torn as to what to do because I didn’t want to do anything to cause him to react, drop the dog.

‘It was just this eerie moment where he’s howling and holding this dog outside the car window and more than that weird memory, I have a memory of everyone just kind of not really reacting to him.’

Elsewhere in Heard’s testimony, she got emotional as she recalled Depp allegedly performing a cavity search on her, and slapping her after she laughed at his tattoo. 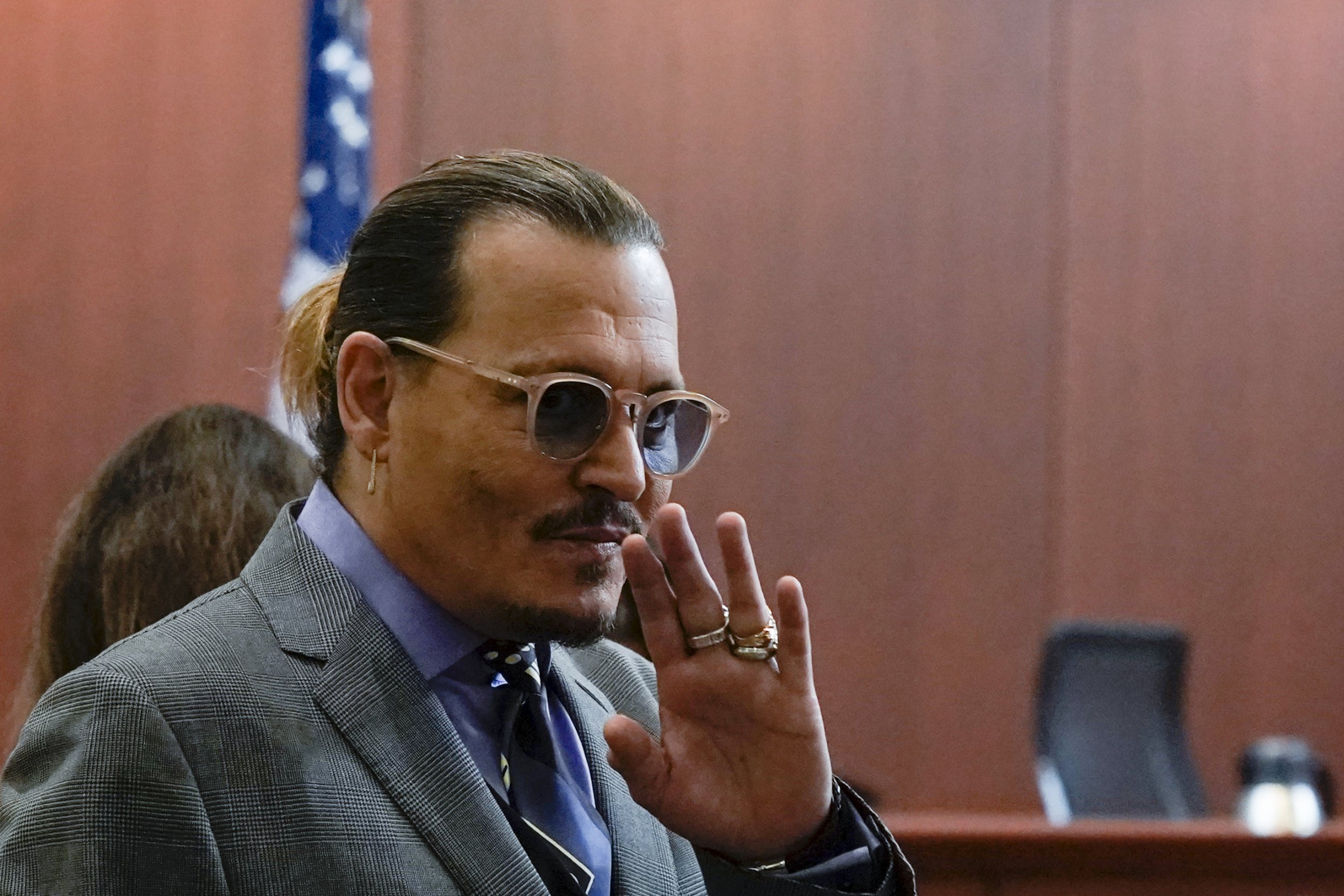 She also explained that the trial had been ‘the most painful and difficult thing I’ve gone through’.

‘I struggle to have the words to describe how painful this is,’ she told the court.

‘This is horrible for me to sit here for weeks and relive everything, (to) hear people that I knew – some well, some not, my ex-husband with whom I shared a life – speak about our lives in the way that they have.

‘This the most painful and difficult thing I’ve gone through for sure.’

While on the stand, Heard, 36, recalled an incident in 2013 in which she alleged that the Pirates of the Caribbean actor, 58, allegedly became physical.

Speaking about the incident, she claimed Depp slapped her three times after she ‘laughed’ about one of his tattoos, reading Wino.

‘(It was) seemingly so stupid and insignificant, I will never forget it, it changed my life,’ she continued.

‘He slapped me across the face, and I laughed because I didn’t know what else to do.

‘I thought this must be a joke… I didn’t know what was going on. I didn’t want this to be the reality.’

‘I knew it was wrong and I knew that I had to leave him and that broke my heart because I didn’t want to leave him… the best thing that ever happened to me.

‘I wish I could sit here and say I stood up and I walked out of that house and I drew a line and I stood up for myself.

‘I was just looking at the dirty carpet trying to will myself to get up, to walk out of the door.’

Heard told the court that Depp then got down on his knees in tears, and was full of apologies about what had happened, vowing that he had ‘put the monster away’.

She said that he apologised ‘profusely’ in the following days.

Depp is suing Heard for defamation over an op-ed she wrote in 2018 and is seeking $50million (£39m) in damages.

Although he was not named in the Washington Post piece, his team argued that it implies he was physically and sexually abusive towards her – something he has denied.

The case began last month and is thought to continue for several more weeks.

Metro.co.uk has contacted reps for Johnny Depp for comment.