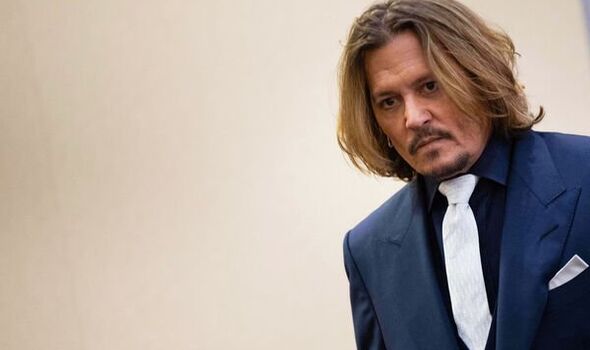 The Pirates of the Caribbean actor faced a salvo of questions about his personal life and tempestuous marriage when he took the witness stand in a Virginia courtroom last week.

In the defamation trial, the actor also laid bare details of his childhood trauma at the hands of his verbally and physically abusive mother.

A video of him smashing cabinets in a drunken rage were also shown to the court and there were revelations of his drug use.

Sordid details of his relationship with Ms Heard have been revealed, including a text message from Depp to a friend, British actor Paul Bettany, saying: “Let’s burn Amber!!!”

Legal experts have predicted that an adverse outcome could end Depp’s career.

Yet despite the damning claims, a close friend said the star will see it as a win because it has given him the chance to fight for “truth, the integrity of his name and to honour his family”.

The friend said: “Some may question if he’ll score a big win but he already has. If he’d taken the silent route, he may have had an easier life – but then what? He can only carry on knowing that he has been true to himself.

Johnny’s value system is all about principle and honesty. The fact that people question why he has brought about the current legal action – why he has staked so much on it – simply reflects the fact that most people do not understand or share those core values.”

At the start of his testimony last week, Depp, 58, said he had launched his civil case against Ms Heard, 36, because “I felt it my responsibility to stand up, not only for myself but for my children”.

The actor, who shares daughter Lily-Rose, 22, and son Jack, 20, with former wife Vanessa Paradis, went on: “I wanted to clear my children of this horrid thing they were having to read about their father, which was untrue.”

Two years ago, Depp was branded a wifebeater in London’s High Court after losing a libel action against The Sun.

He is now suing Ms Heard in the US for $50million (£38.7million) for defamation over a Washington Post article in which she claimed to be a victim of domestic violence. She is counter-suing for $100 million.

Speaking of the harm to his reputation and career from Ms Heard’s allegations, he told the court last week: “It’s very strange when one day you’re Cinderella so to speak, then 0.6 seconds later you’re Quasimodo.

“I didn’t deserve that nor did my children nor did the people who believed in me all these years. I didn’t want any of those people to believe I had done them wrong or that I was a fraud.”

Legal experts have questioned the wisdom of the case, with Alex Wade, legal partner at Wiggin LLP, suggesting the trial is the actor’s “last throw of the dice” career-wise.

Speaking at the end of the first week of the US trial, Mr Wade said: “If he loses this it’s impossible to see him making a comeback, I think, as an actor.

“Hollywood likes a bad boy, absolutely, but in the wake of MeToo, the way in which we view these things in today’s world is that you can’t just be a bit of a bad boy any more.”

But yesterday, the actor’s long-time confidante insisted “he won’t stop” and will “prioritise principle over all else”.

They added: “Johnny has had all the fame and wealth and adoration in the world. He has seen it come and go, he knows it is shallow in comparison with things that endure – principle and virtue.

“People need to understand he is motivated by principle above all else, and that is a potent driving force.

“To understand Johnny is to know he is driven by conviction. That won’t change, so he won’t stop.”

The libel trial, which is expected to last three weeks, continues tomorrow with Ms Heard due to take the stand during the week.