JoJo Siwa Down for Renaming Ronald Reagan Airport In Her Honor 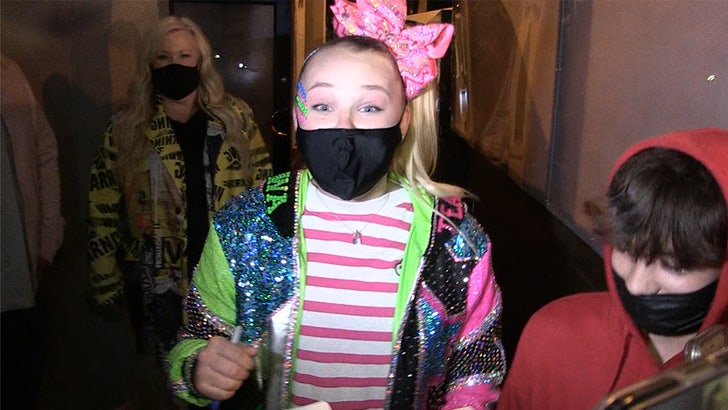 JoJo Siwa says she’s a big fan of the movement to remove Ronald Reagan‘s name from an airport in favor of her … telling us it would be the SICKEST THING EVER!!!

JoJo says she’s onboard with the change, telling us it’s the best idea she’s ever heard in her life. The petition’s already got 33,000 signatures in counting, and JoJo says her mom told her to sign on too. 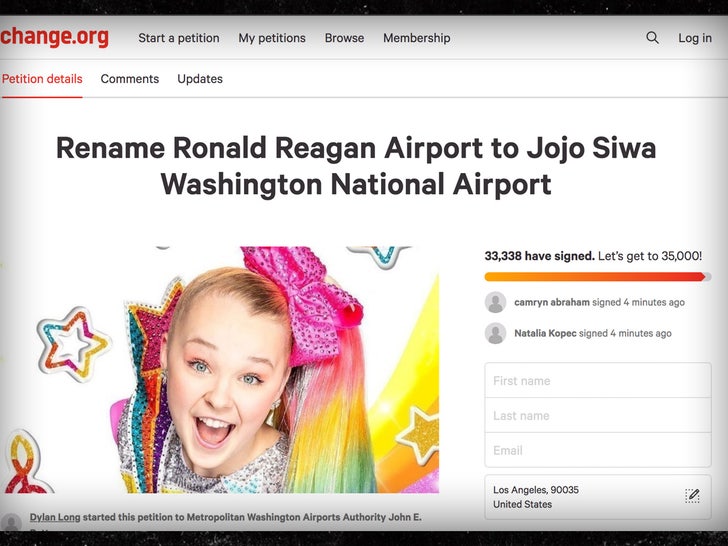 Folks signing the petition seem to have very specific beefs with the former President, saying he “rigged the economy for the rich and screwed over everyone else” … but JoJo says she knows nothing about RR, other than the fact he’s got an airport named after him.

It’s unlikely Ronald’s getting his name removed from the airport — it’s run by the feds, which means Congress would have to approve the change. But, on the outside chance it happens … sounds like JoJo’s ready to make travel plans out of D.C.