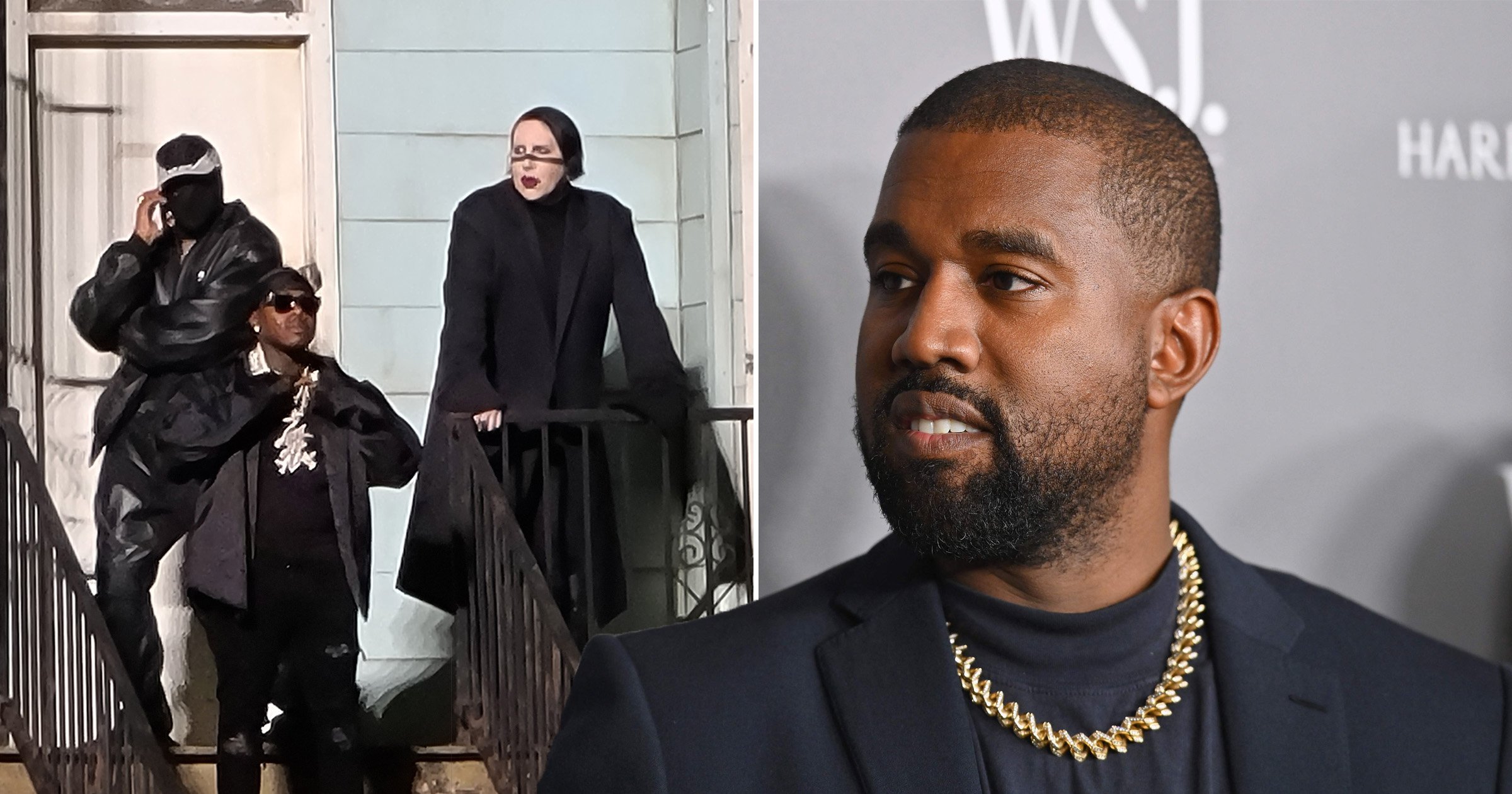 Kanye West criticised the #MeToo movement in a new interview, saying people are ‘hit with the accusations of somebody who you was with 10 years ago’.

The rapper, who has legally changed his name to Ye, appeared on the podcast Drink Champs with Noreaga and DJ EFN for a wide-ranging chat, discussing his politics, feuding with Drake and his marriage to Kim Kardashian.

He also discussed his controversial decision to invite Marilyn Manson to his Donda listening event and to sing on his album, as well as bringing the rocker to his Sunday Service event.

The 52-year-old has denied all the allegations.

Kanye, 44, said: ‘All the Me Too—like, when I sit next to Marilyn Manson and DaBaby, right after both of them got cancelled, for five songs, you know, it’s like they can’t cancel a song.’

DaBaby appeared at the same Donda listening event as Manson, after he made homophobic comments about HIV and AIDS at the Rolling Loud festival; the rapper has since apologised for his remarks.

Kanye continued: ’They’ll hit you with the accusations of somebody who you was with 10 years ago.

‘And also, there’s women who’ve been through very serious things, pulled in alleys against their will—that’s different than a hug, but it’s classified as the same thing. It’s power and politics. You know, power-hungry maniacs and just control. This is 1984 mind control we’re in.’

Game of Thrones actress Esmé Bianco alleges that Manson used ‘drugs, force, and threats of force to coerce sexual acts from [her] on multiple occasions’ and violated sex trafficking laws.

His former fiancee Evan Rachel Wood also alleged that she was ‘brainwashed’ and ‘groomed’ by the star, writing on Instagram: ‘He started grooming me when I was a teenager and horrifically abused me for years. I was brainwashed and manipulated into submission.’

In a motion to dismiss Bianco’s lawsuit, Manson’s team called her and the other women ‘co-conspirators’ who are ‘desperately trying to conflate the imagery and artistry of Warner’s “shock rock” stage persona, “Marilyn Manson”, with fabricated accounts of abuse’.

Also on the podcast, Kanye confirmed that he still supports Donald Trump, after running against him for President as an independent in last year’s election.

The Power rapper had previously worn a Make America Great Again cap to meet the former president in the White House.