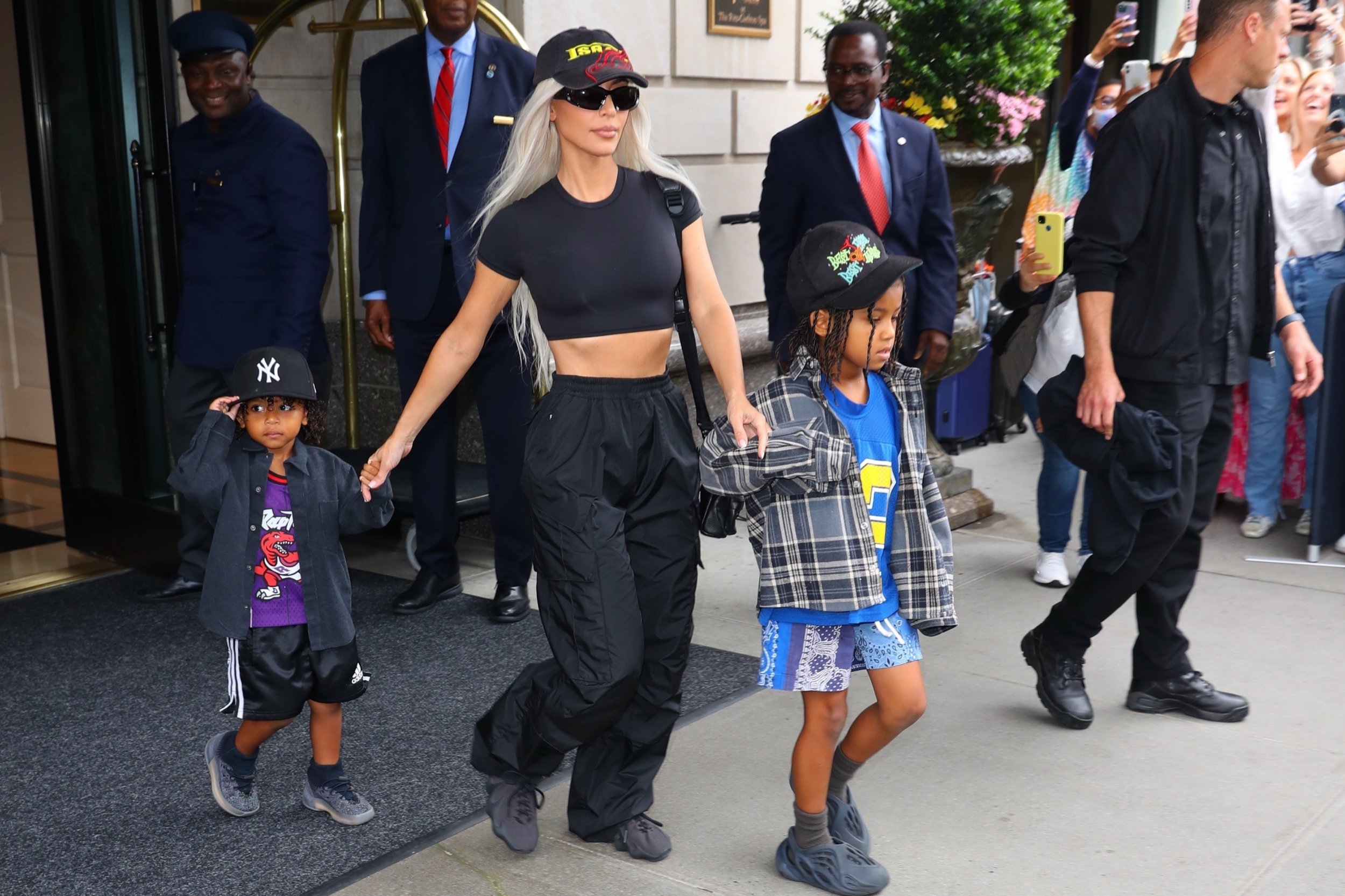 Kim Kardashian kept a tight hold of sons Saint and Psalm after they interrupted her recent interview.

The Kardashians star is currently in New York with two of her brood and has been making the rounds to promote her new skincare line, SKKN.

After a chaotic stint on the Tonight Show With Jimmy Fallon, the family were spotted making their way out of their hotel for another day in the city.

The mom-of-four looked incredible in a black crop-top and baggy trousers, which she coupled with a baseball cap and black sunglasses.

She held hands with her little ones as they left the hotel, with fans waiting to greet the family outside.

The trio recently made headlines following Kim’s televised chat with Jimmy Fallon this week – when she was interrupted by her sons in the audience.

The adorable pair were sat in the audience to watch their mom’s interview, but were quickly causing chaos from the stands.

At one point, Jimmy became distracted by the noise and looked over to them, before the Skims businesswoman gave them a stern talking to.

‘Guys, can you stop? This is your first time at work with me, please,’ she urged.

‘My two boys are here and I hear them making so much noise,’ she then told the audience.

‘Guys, this is your first time at work with me, don’t mess this up, come on!’

She managed to settle back into the conversation but was forced to divert her attention once again, with Psalm being taken out of the crowd.

The reality star eventually got a smile from Saint after a video played of sister North singling along to the Encanto soundtrack.

When she wasn’t interrupted, Kim took the opportunity to share an insight into her relationship with Pete Davidson, revealing what they get up to in their spare time.

‘We go to dermatologists together, we inject our pimples together at the same time,’ she shared, adding the moment she knew that things were ‘special’ between them.

‘I fell sleep, forgot, woke up in the morning with dried pimple medicine on my face.’