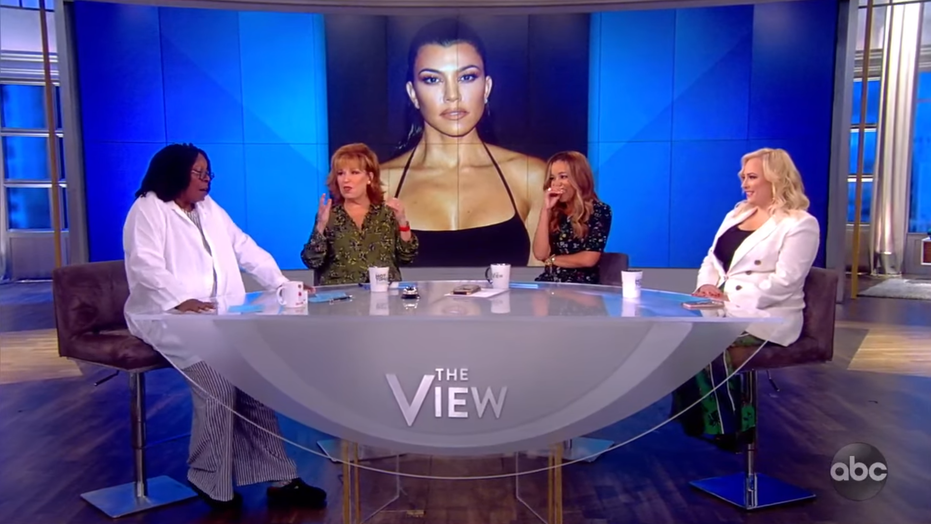 Kourtney Kardashian has been feeling mixed emotions about her 40th birthday, but some of the hosts on "The View" aren't feeling sympathetic.

In a teaser for the newest season of "Keeping Up with the Kardashians," the eldest Kardashian sister teared up over hitting the milestone, admitting she felt anxiety about the newest chapter in her life.

"I do think that turning 40, like it almost makes you analyze like where you’re at in your life,” Kourtney told her sister, Khloé Kardashian, in the clip. “It’s just giving me anxiety."

She later added, "Now that I’m doing Poosh [her lifestyle blog], I just always wish I had more time. I feel like I want to cry."

While many followers of the reality show may feel empathetic towards Kardashian's struggles, a few of "The View" hosts did not pull any punches on Monday, as the studio audience erupted in applause when Whoopi Goldberg jokingly fell to the ground in shock after the video clip played.

"On one hand, she said she wants more time, but then she says she's miserable. So what do you want 'more time' for?" fellow host Joy Behar questioned. "They say life begins at 40, so she should get with the program."

Host Sunny Hostin briefly took Kardashian's side, appearing to balance the mocking tone of her other co-hosts. In response, host Meghan McCain declared she had no sympathy for the reality star.

"I’m in my 30s, man, and I’m with Whoopi on this,” said McCain, 37. "Not to be like Debbie Downer on this — you have all the money, opportunities, life advantages in the entire world. There are people that can’t feed their children, I do not feel bad for her."

Behar, 76, responded to McCain, saying she was the oldest one on the panel and felt some of Kardashian's pain.

McCain quickly fired back by citing her own privileges, saying, "But you know what helps me when I feel sorry for myself? Running with veterans who have lost limbs for our country. Seeing people and homeless people that have much less than me."

She continued: "There are ways to make yourself feel better and know how blessed we all are. And the Kardashians are worth $100 million, if not more. Billions, whatever, I don’t know.”