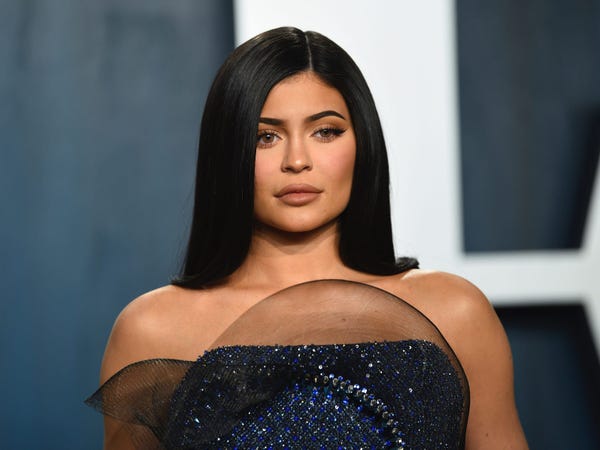 Kylie Jenner is facing backlash after showcasing snapshots from a recent trip to Paris — a destination that has prohibited American tourists amid the coronavirus pandemic.

On Saturday, the reality TV star shared a series of Instagram photos, in which she is shown in a spot overlooking the French city.

Many commenters were quick to point out her mask-free photos. While it's possible Jenner may have been wearing a face covering before and after the pictures were taken, some people were not pleased with the example she was setting.

"Your mask looks beautiful," one user sarcastically wrote. "If we all have to stay home, so do you."

Jenner also posted a series of videos and pictures (which have since expired) to her Instagram Story of the inside of the Louvre Museum. Then, on Saturday, Jenner posted two pictures outside a Louis Vuitton store in the French city. In the second picture of the series, she's shown wearing a face mask.

On Twitter, many users expressed frustration toward Jenner's Paris whereabouts.

"Kylie Jenner going to Paris during Covid while the rest of the world can't travel or visit family in other countries/states due to border restrictions just doesn't sit well with me," one user wrote.

Another user wrote that while many people have been waiting patiently to visit loved ones in other countries, "Kylie Jenner is strolling thru the streets of Paris CLEARLY on vacation."

Another user tweeted: "Good to know Kylie Jenner can jet off to Paris for 2 days during a global pandemic with no consequences but I can't visit my sister who lives 10 minutes away without getting a fine over $1K."

Most European countries are not open to US tourists, but it's possible that Jenner was able to enter Paris for business

Tourists from the US are still barred from entering many European countries, including France. Likewise, travelers from many EU countries are prohibited from entering the US, according to the Centers for Disease Control and Prevention.

An E! News report cites an anonymous source who says that Jenner traveled to Paris on a "business exemption" for a meeting and brought her friends — as the headquarters of Coty Inc., the parent company of Kylie Cosmetics, is headquartered in Paris.

One commenter said on Jenner's recent Instagram post questioned why her international meeting had to take place in person.

"soooooo kylie jenner had to go to paris. she couldn't do a video call?" the user wrote.

It's not the first time a member of the Kardashian-Jenner family has been faced with criticism for appearing to ignore social-distancing efforts or showcasing their (seemingly nonessential) travels throughout the coronavirus pandemic.

In July, The Kylie Cosmetics founder took a luxury vacation in Utah. Earlier in August, Jenner took a birthday vacation in Turks and Caicos, which has reopened for international tourism.

Representatives for Kylie Jenner did not immediately respond to Insider's request for comment.