The former TOWIE star is currently filming the next series of Celebs Go Dating.

Lauran Goodger, 32, who’s love life has been anything but plain sailing, signed up for the show in a bid to find romance.

After spending two years together with jailbird ex Joey Morrison, she recently revealed in an interview she is “scared of love”.

Despite her apprehensions on finding someone, Lauren was spotted arriving at Shakazulu in Camden for an afternoon of speed dating for the show.

Busting out her summer wardrobe, the reality TV star ditched the jacket and pretty much everything else in favour of a black vest top which struggled to contain her voluptuous chest.

The outfit left little the imagination, with the all-black ensemble hugging her curves in all the right places. 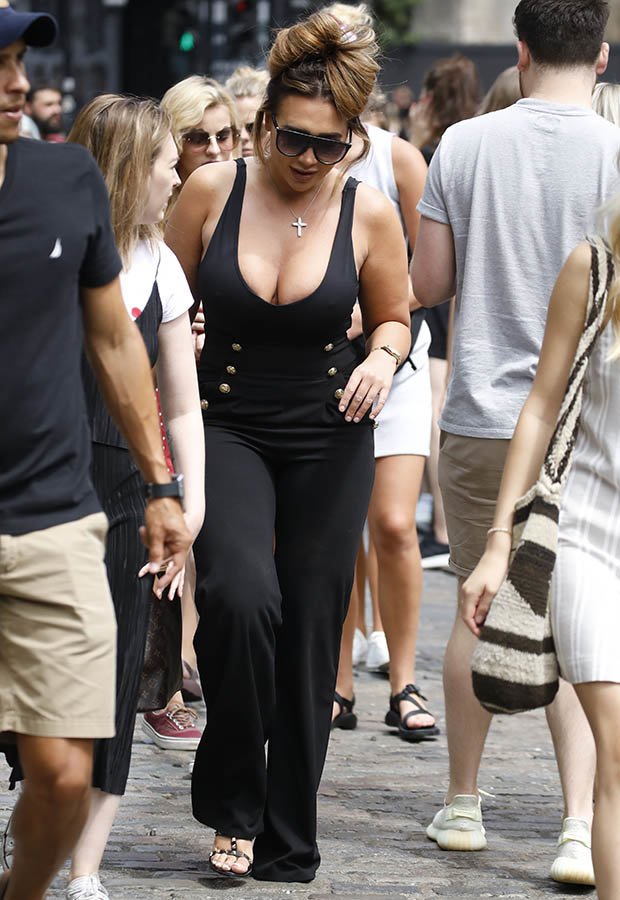 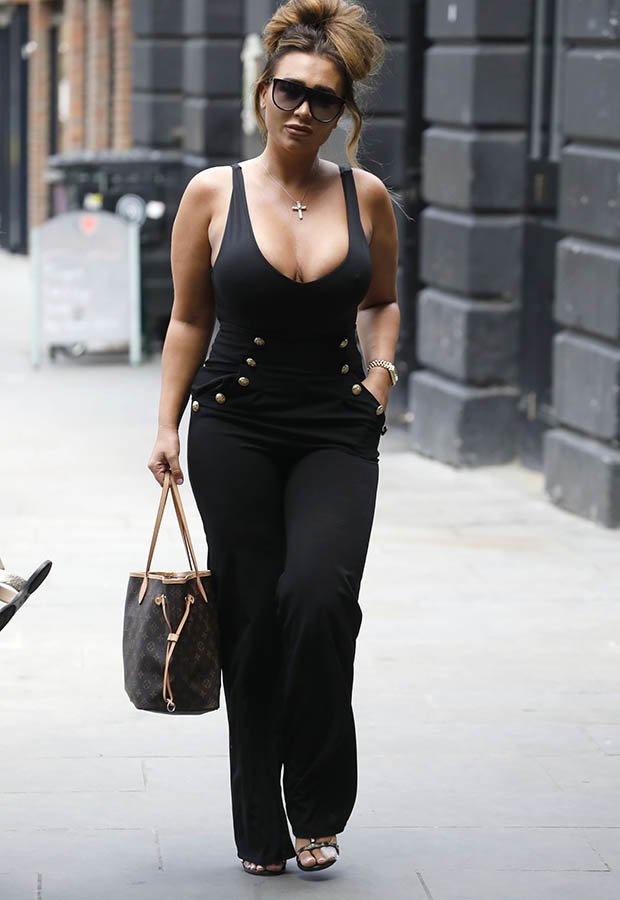 Lauren teamed the outrageously plunging top with a pair of high-waisted black trousers that featured gold button detailing around the pockets.

Keeping her jewellery low-key, the Essex babe accessorised with a chunky silver necklace.

With her hard scraped into a high bun, and her plump pout on full display, Laura looked uber glamorous as she covered her face with a pair of oversized sunglasses. 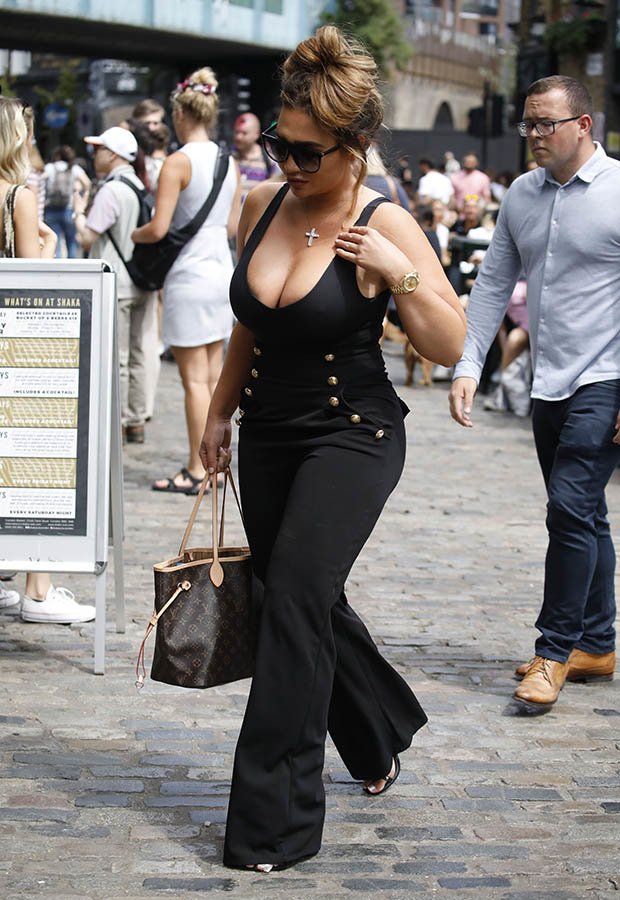 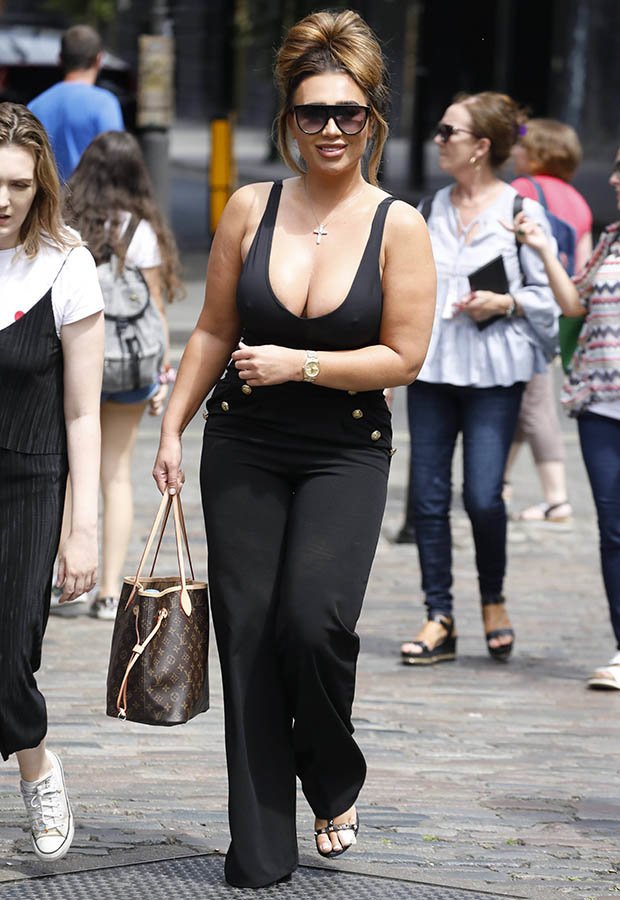 And things looks like it’s going well for the TV personality after she was pictured smooching a mystery man while out on a date.

The evening, which was being filmed for the upcoming Celebs Go Dating, saw the pair enjoy a romantic candle lit meal at Lokkum restaurant in Woodford.

The duo headed outside after they’d finished their slap-up dinner and was seen have a kiss before they parted ways.